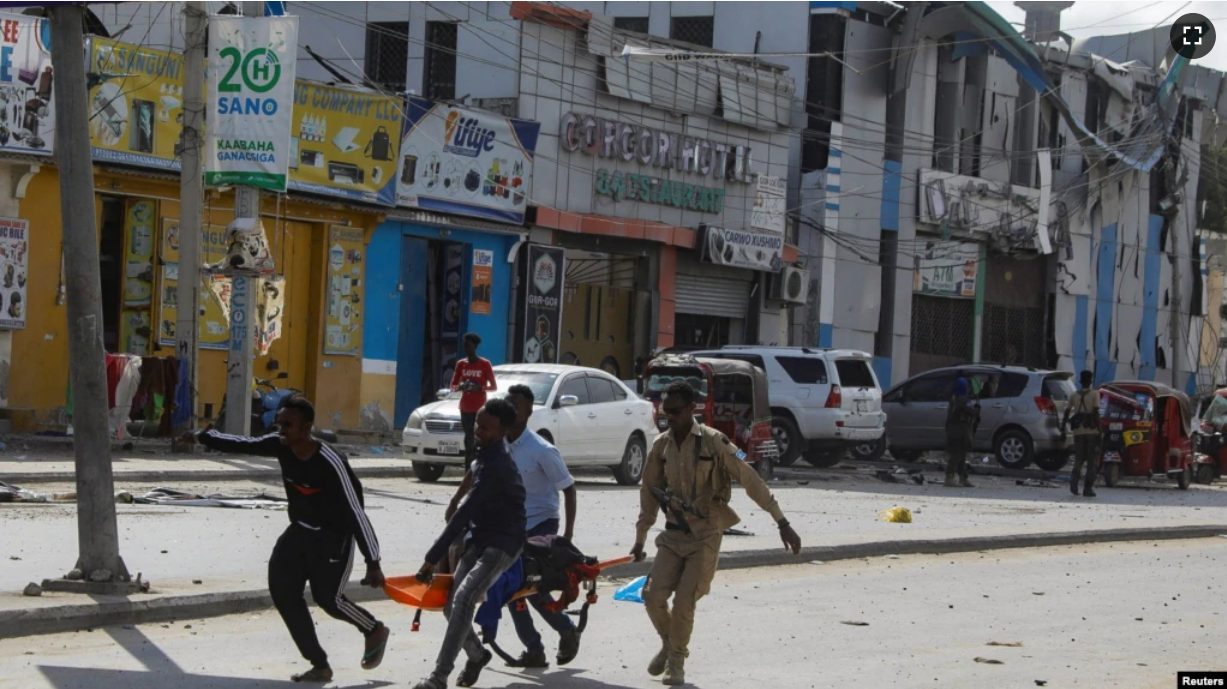 The Somali government and the al-Shabab militant group have each denied having peace talks.

The denial came Saturday after Abdulfatah Kasim Mohamud, a deputy defense minister and member of the parliament, said the militant group had requested talks with the government.

“We have not received any requests from the group,” National Security Adviser Hussein Sheikh Ali told Voice of America Somali. “The minister said he was misquoted.”

Ali said the Somali government’s position on al-Shabab has not changed.

“Our policy towards talks with Alshabab remains the same,” he wrote in a message via WhatsApp.

“We aren’t negotiating with them as a group. However, individuals who wish to leave the group will undergo a thorough process to defect and be eligible for government amnesty formally,” he added.

The militant group has also denied the existence of any talks with the Somali government. A website affiliated with al-Shabab said the deputy defense minister’s claim that the group requested talks is “baseless.”

“I can confirm that there aren’t and can be no talks between us,” a militant official told the website. The official was said to be from the group’s media department, but his name was not published.

The al-Shabab official further ruled out the possibility of talks with Villa Somalia, the seat of Somalia’s government.

In the past, the group has expressed distrust in opening dialogue with the Somali government.

“We heard from the infidels and apostates repeatedly stating that they are open to talks with the mujahedeen,” he told al-Shabab’s radio Andalus. “This is how the infidels use dialogue, as an approach to misguide the Muslims and destroy Muslim causes.”

He said the aim was to divide (the Mujahedeen) into groups, “so that they can support the group they see as moderates.”

Saturday, the president of Somalia, Hassan Sheikh Mohamud, appointed Abdullahi Mohamed Nor as a senior presidential adviser for preventing and countering violent extremism. Nor had served as the country’s Minister of Internal Security until August this year.