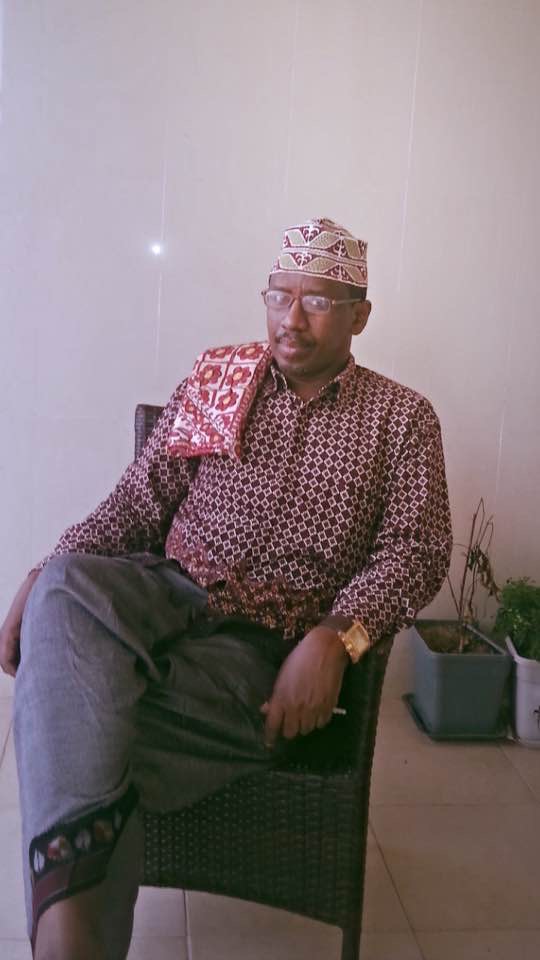 First, I wish to congratulate and support for all your efforts to uplift Ethiopia’s youth from despair. I have always believed Ethiopia’s salvation and resurrection can only come through her youth. The youth are discouraged, disheartened and disobedient from repeatedly dashed hopes and expectations. Today, they rise in rebellion because they decided to end the long train of abuses, neglect, and indifference under despotism. Like others from history, they have found out it is “their right, it is their duty, to throw off such despotic Government, and to provide new Guards for their future security.”

Above all, I regard you as the leader of Ethiopia’s youth. That said, know that We are in your corner and got your back.

I write this letter as my own personal, view; but I humbly believe my words and my thoughts speak for many millions of Ethiopians and friends of Ethiopia who care the peace and development of Ethiopia brotherly. I have a special place in my heart and mind for my Ethiopian brothers. I believe that Somaliland owes a lot to Ethiopia.

During the liberation struggle against the Siyad Barre dictatorship, Ethiopia was the base of guerrilla movement Somali National Movement (SNM), from which the military campaign against the regime was launched. In addition, Ethiopia was the principal haven to which Somaliland’s civilian refugees fled during the period 1988 – 1991.

Ethiopia is a region of diverse, ethnicity, languages, and religious practices. It is a region where two of the world’s major religions – Christianity and Islam – have coexisted peacefully and in relative harmony for generations. This is especially true in Ethiopian history. For example, it has been historically reported that a group of Islamic followers from Arabia took refuge in the 7th century in the Ethiopian highlands, where they were treated fairly and practiced their religion freely.

Ethiopia, the giant of the Horn, is considered to be one of the most vulnerable countries in the world on the basis of politics, security, ideological, socio-economic, religious and ethnic factors, and how the state or government respond to conflicts.

The kind of governance present in the country explains why groups of people or entire ethnic communities have resorted to inter-group/ethnic violence against state systems. Poverty and starkly manifested social inequality and injustice have become fertile ground for extremists and violent ideas.

We may also ponder and reflect on the consequences of elite-driven politicization of history, ethnicity, and religion, which may have implications for re-constructing the economies and societies for sustainable development and economic cooperation in Ethiopia and the Horn of Africa. Ethnicity or ethnic nationalism in Ethiopia and the other states of the region is highly politicized. Ethnicity or religion is not a problem in their natural settings in any society. They become a problem under autocratic states and dictatorships that try to impose minority or majority ethnic political dominance on local communities. It is a basic democratic good governance problem that can best be solved peacefully through constitutional reform toward real democracy that equitably diffuses political power through constitutional and democratic means to regional and local levels, respecting local cultures and diversity. In particular, the problem was the absence of representative democracy with the protection of the rights of minorities and individuals or absence of governance by the people for the people.

Several social science studies show that ethnic diversity and democracy can co-exist in harmony. But, ethnic inequality and dominance becomes problematic only under dictatorship. Ethnicity or ethnic nationalism is a symptom not the root cause of the problem. The root causes include destitution and lack of democratic good governance based on individual citizen rights (not politicized group or ethnic rights), but natural cultural rights including respecting local communities and delivering effective services such as education, health and housing including agricultural and pastoral communities. They also include some hegemonic cultural traits that cut across ethnic and clan groups, but can only change over time with democratization and quality education. The problem is then how to establish democratic governments that create good governance. The best way to advance democracy is by developing democratic institutions of governance that protect individual and community rights which also ensures the protection of ethnic and other group rights. The reverse is not true. Protection of ethnic group rights does not ensure the protection of the rights of individuals in that ethnic group under dictatorships. It is likely to leads to mini (ethnic) dictatorships that promote inter-ethnic intra-ethnic conflicts and corruption at the local level. The sooner the states of the Greater Horn reform politically and economically by peacefully re-constituting themselves, the better things will become for all the peoples of the Horn of Africa. Ethiopia must take the lead in this regard as the most populated country with almost all the linguistic/ethnic groups in its current territory, including the Somalis in its current Somali regional state. For example, over Eight million Ethiopian Somalis are the third largest ethnic group following the Oromo and the Amara and live today in the Somali state region of Ethiopia.

Dear Sir, In 2000 Ethiopia and Eritrea concluded a vicious two-year war that claimed about 100 000 lives and destroyed the resources of both countries, after an initial honeymoon from 1993-98. This senseless war was driven by the two dictators, not between the peoples of the two sister countries who are historically one nation and was a direct result of bad governance and leadership in both states. Colonel Mengistu’s 17 years of disaster and abuse of power led to the forced breakaway of Eritrea in 1993.

I should congratulate you for your bold decision to unconditionally implement the final and binding decision of the Border Commission ruling dated April 13, 2002, which ended a senseless bloody border war between two brotherly people of Eritrea and Ethiopia. I believe this particular decision was taken as part of the ongoing efforts of your government which is aimed at promoting and forging the cause of peace between all neighboring countries in the Horn of Africa.

Moreover, your commendable decision to release most of the political prisoners, negotiate the release of thousands of Ethiopians jailed in neighboring countries, replace key military and civilian leaders, lift the state of emergency and call for national dialogue may have successfully averted what could have easily become one of the most gloomy and tumultuous periods in Ethiopian history.

In your honour, We are also expecting your immediate intervention to make a lasting resolution of Oromia-Somali border conflict.

Ethiopia is experimenting with a form of ethnic federalism, following the demise of the former dictator Colonel Mengistu 1991. Ethiopia’s experimentation with ethnic federalism has not led to the collapse of the country so far, as predicted by some, primarily due to strong local communities that have evolved over centuries in spite of the ethnic politics unleashed after 1991. However, there is an urgent need for democratic reform due to the incompatibility of ethnic federalism with sustainable democracy and the mobility of labor and capital required for market-based development in the long run including the culture of Ethiopians across ethnicity. Ethnic federalism is not rooted in the culture and history of diverse communities of Ethiopians that were governed in provinces that were multi-ethnic and allowed free mobility of people.

Ethnic federalism is also an alien ideology imported from Marxist-Leninism and Stalinism that is now defunct and led to the collapse of the former Soviet Union under its own weight. Ethiopia is now facing inter-ethnic and intra-ethnic conflicts that follow from the politicization of ethnicity, including the demand for secession by some ethnic groups. Some ethnic groups claim that they have constitutional rights provided in Article 39 of the current Constitution that allows for “the right of self-determination of ethnic nationalities including secession”.

The primary cause of intra-state and inter-state conflicts in the Horn of Africa is the problem of concentration of power at a top level and lack of good governance, which still continues to be the case in various degrees in the states of the Horn of Africa.

What is needed is the democratic reconstitution of Ethiopia to good governance to bring about stability and sustainable development to themselves and to benefit from regional cooperation following a sustained dialogue. Ethiopia, as the most populated and diverse country in the Horn, is the lynchpin of the region. A democratically reconstituted Ethiopia with good governance can become the focal point for economic development in the Greater Horn of Africa.

My message as we go forward shall be of inclusion, brotherhood, sisterhood. No more rancor and acrimony. No more finger wagging, teeth gnashing and bellyaching.

When others talk war, Ethiopians shall talk peace. You owe it to Ethiopia’s young generation. They need a message of healing and unity and assurances that Ethiopia’s best days are yet to come.

It is time to change beliefs and thoughts and help Ethiopia’s youth change their country and take charge of their destiny.

There is no place for violence where justice stands tall. No place for oppression where law reigns supreme.

In closing, we pray for your wisdom and courage to carefully surf through the delicate political terrain to shape the country’s future for posterity.

Wishing you the very best