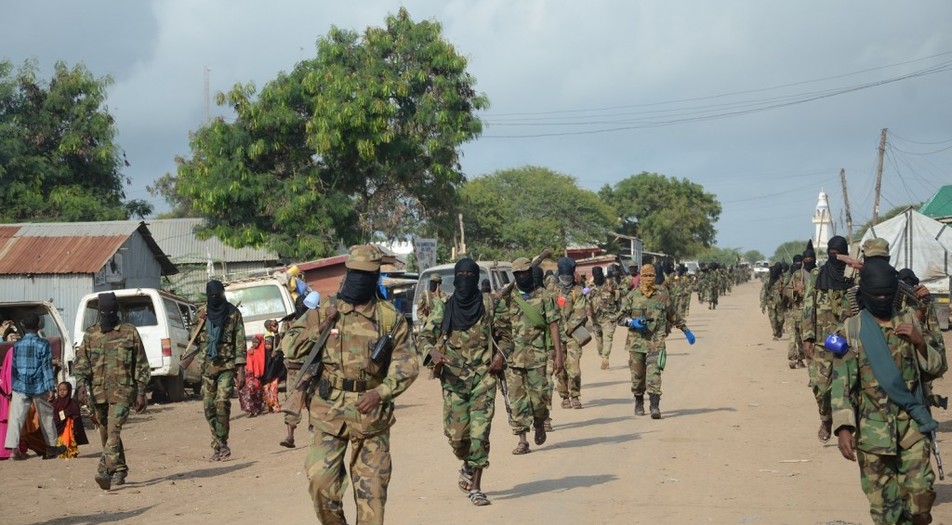 The Al Qaeda-linked, Islamist fighter group, Al Shabaab, raided an army station at Afgooye, only 30 kilometres west of the Somalia Federal Government seat, Mogadishu, today, at a time its two top leaders are jet-hopping from capital city to capital city projecting an unrealistic image of the stark reality at home.

The fighters staged their attack minutes before the dawn prayer was called, timing it perfectly to a bracket of time people had only thoughts for the Fajr prayer, ablution and the short walk to the nearest mosque.

Al Shabaab fighters attacked the army post at the Buulo Foglio area of the agricultural town from the northwest in a tactical raid move obviously designed to sap army morale rather than the usual ‘kill or capture’ raids.

Omar Mohamoud Elmi (Arrabey), a member of the Lower Shabelle regional admin, told caasimada, that no casualties were reported by the army, and none was known of the Shabaab side.

Earlier in the evening, the fighters put Tixsiile, Garas Bandiiro and Warmahin villages where army units had camps under intense fire briefly taking over at least one of them, then leaving promtly as they appeared fulfilling similar tactical objectives.

The Shabaab has intensified targeted assassinations, suicide car bombs and quick, guerilla-like raids in all of the Middle Shabelle, Mogadishu and Lower Shabelle areas to, clearly, send an unmistakable message to the international community that it should not waste more time on a jet-hopping leadership of Somalia who cannot even secure their own homes and offices let alone the rest of the country.

Of late, Farmajo, the president, particularly, had been trying to go with the Ethiopian Prime Minister wind of change as an active partner, a phenomenon, many thought, that convinced none but himself.

The outgoing Special Representative of the UN Secretary-General, Mr. Michael Keating, in one of his farewell observations of Somalia, pointed out that the Al Shabaab threat still loomed large on the Somali horizon, unresolved.

By lumping the Shabaab problem among a number of others, Mr Keating was playing the role of the thoughtful gentleman, trying to cushion the shock of the reality for his hosts but, nevertheless, beaming the unflattering image of what was happening to a discerning outside world.