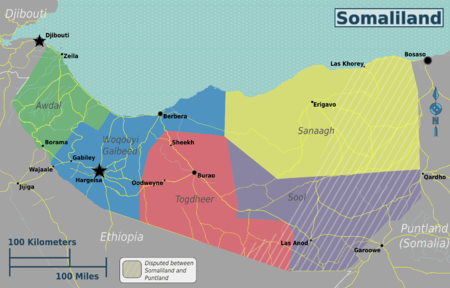 The Republic of Somaliland’s Ministry of Foreign Affairs has renewed its pact with Glover Park Group to advise the East African territory on communications and government relations matters.

The pact renews GPG’s work for the Somaliland government, who hired the agency last year to act as an advisory on communications and government relations matters.

The WPP unit will provide government relations and strategic communications counsel in regards to improving Somaliland’s bilateral relations with the United States, according to Foreign Agents Registration Act documents filed in September.

Somaliland, which declared its independence and split from Somalia after a 1991 civil war, maintains a democratically-elected government and functions as an autonomous region with its own currency and army.

However, while the territory maintains informal relations with the United Nations and European Union as well as countries like the United States, it remains unrecognized internationally as a sovereign state.

The campaign, which began on September 1 and continues until the end of November, brings GPG a $22,000-per-month fee.