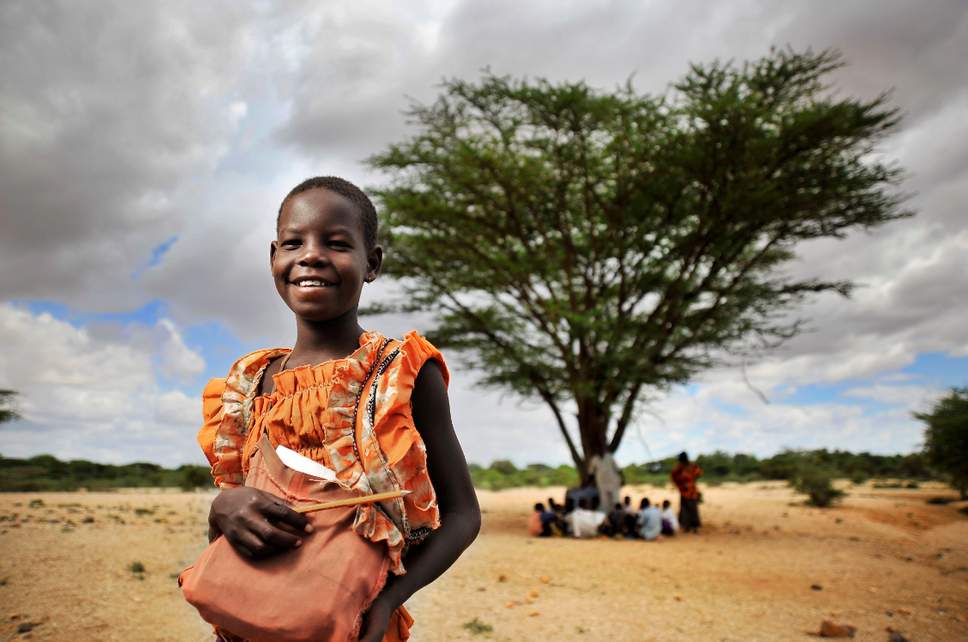 Exclusive: Research by Unicef finds 65 per cent of females in the Kibera slum had traded sex for sanitary pads

Girls in Kenya are forced to have in sex in exchange for sanitary products due to the prevalence of period poverty and the shame, stigma and public health misinformation which surrounds menstruation.

New exclusive research by Unicef found 65 per cent of females in the Kibera slum – an area of the capital of Nairobi which is the largest urban slum in Africa – had traded sex for sanitary pads.

The humanitarian charity found 10 per cent of young adolescent girls admitted to having transactional sex for pads in western Kenya.

The research found 54 per cent of Kenyan girls reported challenges with accessing menstrual hygiene management products and 22 per cent of girls of school attending age indicated they bought their own sanitary products.

Speaking exclusively to The Independent, Andrew Trevett, Unicef Kenya chief of Water, Sanitation and Hygiene, said the charity had found it was not uncommon for girls to be sexually abused in exchange for sanitary items.

“We have motorcycle taxis called boda bodas and the girls engage in sex with the drivers who in exchange source the sanitary pads,” he said. “This is happening for two reasons. One obvious reason is poverty – girls and women don’t have the financial means to buy sanitary products.”

“But there is also the issue of supply. Transactional sex for sanitary items happens because the items are not available in girl’s villages. In the countryside, girls are faced with no transport and can’t afford a bus fare. In some remote villages, there are no roads and there isn’t a bus service.”

“The sensitivity around menstruation means the girls and boys are not receiving any information. You would expect it to be a mother to daughter conversation but it seems that is not done. Also, there is no information from school,” he said.

Judy, a secondary student in Kuria west sub-county in Kenya whose name has been changed, has experienced the trauma of exchanging sex for sanitary items first hand.

“My period started in 2014 when I was in grade seven, I remember it very well. It was sports day at our neighbouring school,” she told The Independent. “I was a very good handball player and while preparing to play, my friend told me that there was some blood on my thigh while I was in the changing room. When I checked myself, my pants were full of blood. I feared telling our games teacher because he was a male teacher and I felt shy.”

“My friend told me to tie a pullover around my waist and tell the teacher that I was sick and could not play. I did as she had told me but very worried,” she continued. “As the day ended, my friend organised for transport of the two boda bodas [motorcycle taxi driver] where one carried me and the other one carried her. On our way home, we reached a place where the boda bodas stopped and they gave my friend a small bag.”

Judy, whose father is a farmer and mother is a housewife, did not initially know what the bag contained. Instead, she simply listened to her friend Mary’s instructions and followed her to a secret place. Once there, Mary removed sanitary pads and a new pair of knickers which she had asked the boda boda to buy and bring to them.

“I was shocked. She prepared the pad on the new knickers and then told me to remove the knickers with blood so that I could wear the ones brought by the boda boda. I did as she had said,” she recalled.

“Mary told me not to tell anybody, including my parents. We left the place with some sanitary pads left for me to use while at home. Mary told me to thank the boda boda for buying the pads. I said “Asante sana kwa kuniondolea aibu” (“Thank you for taking away the (menstrual) shame from me”) to the tall brown boda boda who was very friendly to us.

“We left and went home. When we met the following week in school, I was very happy and thanked Mary for helping me. During break time, Mary told me how the boda boda man provided her with sanitary pads when she was on her periods. She told me she had connected me to other boda boda who would provide sanitary pads to me.

“I tried to resist but she told me ‘chill uletewe vitu’ (‘hey, relax – let him give you the pads, sanitary pads will never be a problem to you’). Mary convinced me and I accepted the favour from the boda boda. The tall brown boda bought me a phone, which she told me to call him if a problem arose. He promised to provide sanitary pads every month. Life went on as usual.

“But Mary led me in a trap that I now regret. The boda convinced me to have sex with him. Mary ensured that I slept with this man. I got pregnant in 2016 and delivered a baby boy in July 2017. I found myself in a trap just because I lacked sanitary pads.”

Judy, who was born in a family of eight children, has now gone back to school to continue with education thanks to the guidance and counselling of a teacher.

Period poverty is a widespread problem in Kenya – with Unicef finding seven per cent of women and girls they surveyed rely on old cloths, pieces of blankets, chicken feathers, mud and newspapers. 46 per cent used disposable pads and six per cent used reusable pads.

Furthermore, 76 per cent of women and girls faced challenges in gaining access to adequate water and sanitation facilities for menstruation and only 17.5 per cent of learning institutions had running water near the toilets, as well as hand washing facilities and soap.

Roughly 30 per cent of the sampled schools in Kenya provided sanitary pads for their students but in most instances, the sanitary pads were only offered for emergencies.

Agnes, a 15-year-old student in Kuria West sub-county, has also experienced the dark side of period poverty.

Like Judy, she also tied a pullover round her waist and pretended to her teacher that she was ill.

“I was shy because I did not have sanitary pads,” she recounted. “On my way home I met a boda boda rider who was our close neighbour. He asked me why I was going home during class time. I could not tell him but instead stared at him. He looked at me and asked why I was tying a pullover around my waist. I kept quiet. He smiled at me and asked me whether I was on my period. I kept quiet.”

“He promised to give me 500 Kenyan shilling if I promised to have sexual intercourse with him first. I refused and ran away to tell people what had happened. I went to school the following day and requested some money from our Christian religious education teacher who gave me 200 Kenyan shilling to buy sanitary pads.”

Unfortunately, her friends have been less fortunate. “Most of my friends are suffering due to a lack of sanitary pads,” she said. “Meaning that most give in to boda bodas who get them pregnant. This leads to child pregnancies and families headed by children.”

Ariana Youn, Unicef Kenya Communication and Advocacy Specialist, explained the arrival of a young girl’s period is often seen as a sign of maturity, signifying they have reached a marriageable age.

“Parents are concerned about their daughter getting pregnant, which makes them avoid conversations about periods – trying to get the girls to avoid any tangential opportunities to ask about sex or engage in sex,” she told The Independent. “Some communities view menstruation as an entry into womanhood and see that they may be ready for marriage.”

It is worth noting that early marriage radically increases the risk of child pregnancy, repeated pregnancy without sufficient birth spacing, and complications such as obstetric fistula.

Ms Youn explained the profoundly disruptive impact menstruation can have on young girls’ lives in Kenya.

Periods also remain a greatly taboo subject. In 2016, a report funded by the Bill & Melinda Gates Foundation found that only 50 per cent of Kenyan girls felt they could openly discuss menstruation at home.

The destitution that surrounds menstruation stretches across Africa as a whole – with one in ten girls in Africa missing school during their period due to not having access to sanitary products or there not being safe, private toilets at school.

It goes without saying that if girls are not in school, it is more likely they will be forced into child marriage or teenage pregnancy.

Nevertheless, Kenya has been making progress on the issue. Through government, Unicef and partners’ initiatives, about 90,000 girls in 335 schools now have access to safe and hygienic toilets with menstrual hygiene (MHM) facilities.