An Egyptian court is due to give its verdict in the espionage trial of ousted president, Mohamed Morsi, in May.

An unnamed Egyptian official said on Saturday that the verdict in the case is expected to be issued on May 16.

Morsi, who could be sentenced to death if found guilty, was toppled by former military chief and current President Abdel Fattah el-Sisi in July 2013. He faces several trials along with senior leaders of his disbanded Muslim Brotherhood movement.

In the espionage case, Morsi, along with 35 others, is charged with being involved in a plot to destabilize Egypt with the help of foreign powers.

The ousted Egyptian president and 14 others are also due to be handed a verdict in another court on April 21 for sparking the killing of demonstrators in December 2012 during clashes outside the presidential palace in the capital, Cairo.

Morsi is also accused of breaking out of prison during the 2011 revolution that toppled former dictator, Hosni Mubarak, and faces a third trial.

As Egypt’s first freely-elected president, Morsi was ousted after only a year in office. The Egyptian government has been cracking down on any opposition since his ouster.

Rights groups say the Egyptian army’s crackdown on the supporters of Morsi has led to the deaths of over 1,400 people and the arrest of 22,000 others, including some 200 people, who have been sentenced to death in mass trials. 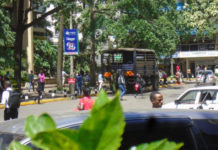 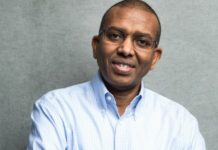 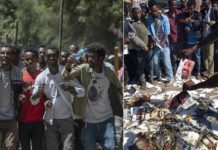