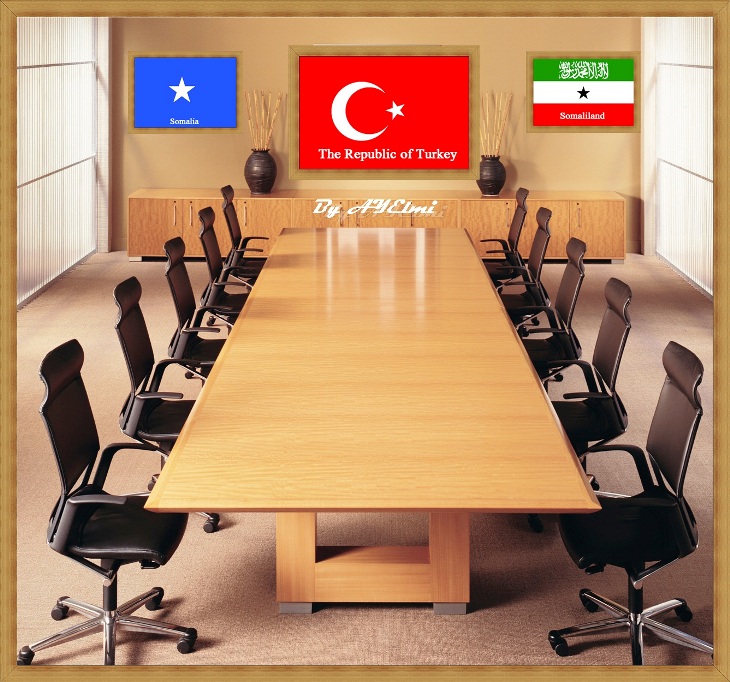 A Somaliland delegation to represent the country in the latest leg of the ongoing talks with Somalia on core questions such as the re-affirmation of independence and irreversible sovereignty of the Republic of Somaliland has been in Istanbul, Turkey, for the past few days.

The delegation’s mission was aborted after the Mogadishu administration sent  Somaliland-born ‘mercenaries’ to sit across the table with the Somaliland in the talks which is, by itself, a blatant violation of the decisions and spirit the initiation and development of core issues in the talks rested. The Presidents of the two countries agreed on their first meeting that discussions were to be between the countries and peoples within the boundaries of the two states that came together in 1960 as pioneers of a greater Somalia that was also to include Djibouti, Haud & reserve Area of Ethiopia and the Norther Frontier District of Kenya.

The Honorable Minister for Foreign Affairs of Somaliland, Mohamed Behi Yonis, leading the Somaliland delegation told the press that they had nothing to discuss with people who, themselves, came from a Somaliland that aimed to retrieve the independence ‘it so inadvertently lost in an ill-fated with Italian Somalia in 1960’.

“Somaliland was an internationally recognized state in 1960 before it ever went to Mogadishu, and we have tested and found the experiment wanting and not to the advantage of our people. The bitter, blood-bathed experience that Italian Somalia put Somaliland through is an exercise that cannot be contemplated again,” the Minister said at one time.

The incumbent president of the Federal Government of Somalia insisted that the representation he fielded in Istanbul was legitimate and not to be changed despite the valid rejection of it on the part of Somaliland. Turkey is expected to break the stalemate and convince Mogadishu to honor the roundtable negotiations or, if that does not come through, call off the talks and pack the delegations home.

Among  the Somalia delegation are Somaliland-born ministers including the current and old FGS Ministers for Aviation, Ali Ahmed Jengeli and Saeed Jama Qorsheil, respectively, and the recently nominated minister for information, Mohamed Abdi Hayir ‘Maareeye”.

The successive, weak administrations of Mogadishu since the deposal of the military regime in 1960 made a point of wooing traitors to the Somaliland cause to its camp in order to, primarily, cloud the issue of Somaliland sovereignty.

On May 18 1991 all the clans of Somaliland signed the treaty out of which the Republic of Somaliland was borne to restore the independence it lost on 1 July 1960, following long and protracted talks that they held together to heal the scars of the civil war and to rebuild the country from the ashes of over a decade long systematic destruction it suffered in the hands of the reigning brutal military regime of generals led by Major General Mohamed Siyad Barreh, the then President.

The Somaliland-based Horn Cable TV, the only tv crew accompanying the delegation, had this to say about the stalled talks in its news hour last evening: