Home Opinion/Analysis The risks of mishandling the Tikrit offensive

Pushing ISIL out of Tikrit may deal a blow to ISIL but mistreating residents would make the military victory tenuous. With advances already being made, it is a matter of time before the large-scale offensive to dislodge the Islamic State of Iraq and the Levant (ISIL) from the city of Tikrit succeeds. Despite ISIL reinforcements arriving from other areas, they are up against some 20,000 fighters with Iraqi air support and leadership from experienced Iranian commanders. ISIL is also spread thin by simultaneous offensives against it elsewhere in Iraq and in Syria.

However, victory cannot be seen from a purely military perspective. Given past conduct and recent statements, there is a real risk of sectarian reprisals against the local population – a risk recognised by governments and human rights organisations worldwide, which have warned against such acts.

Atrocities have taken place in other areas captured from ISIL, because Iraqi forces and allied Shia militias have viewed residents as supportive or sympathetic to the jihadist group. The risk of a repeat in Tikrit has been heightened by Prime Minister Haider al-Abbadi’s highly irresponsiblestatement: “There is no neutrality in the battle against ISIL. If someone is being neutral with ISIL, then he is one of them.”

This may be interpreted by fighters entering Tikrit as permission to target anyone who is not seen actively taking up arms against the group. Abbadi’s statement implies the possibility of collective punishment, and ignores the fact that a major factor in the reluctance of those under ISIL rule to rise up is fear of the consequences. This fear is justified given ISIL’s brutality against Sunni tribes that have turned against it.

Militiamen have explicitly vowed revenge for the killing of Shia forces when ISIL overran Tikrit in June with the help of local Sunni tribes. The temptation for vengeance may be heightened by the significance of the city as the home of Saddam Hussein, who ruthlessly oppressed Iraq’s Shia Muslims.

If there are sectarian reprisals, it will bolster the ranks of ISIL, which has attempted to portray itself as a defender of Sunnis and a resistor of Shia aggression. Reprisals will also dissuade Sunni communities from turning on ISIL. They are already deeply suspicious of the Iraqi state due to unfulfilled promises of opportunity and integration following their uprising against al-Qaeda years earlier.

Tikrit residents have already expressed fears that Shia militiamen will treat them no better than ISIL – hardly an incentive to take sides. The problem is, in Abbadi’s view this is taking sides.

There are serious concerns about the sectarian nature of the anti-ISIL offensive in Tikrit. Most of the fighters are Shia militiamen, the banner of Shia Islam’s revered Imam Hussein flutters over armoured vehicles, and the operation is overseen by Iranian commanders (Iraqi Sunnis strongly oppose Iranian influence in their country).

“The campaign is clearly presented to the Shia fighters as a defence of their sect,” Reuters reported.

Such abuses have continued despite a call last year by Iraq’s leading Shia cleric Grand Ayatollah Ali al-Sistani for those fighting ISIL to respect civilians and their property. This adds to the sense that the militias are behaving as a law unto themselves.

The government, which is heavily reliant on them, has done nothing to reign them in. The army itself has indiscriminately bombed civilian areas, committed abuses, and watched as militias do the same. The government does not even acknowledge that there is a problem, with the interior ministry denying any pattern of sectarian killings.

As such, “the Iraqi authorities have effectively granted [militias] free rein to go on the rampage against Sunnis,” and are “sanctioning war crimes and fuelling a dangerous cycle of sectarian violence that is tearing the country apart”, said Amnesty International.

The international community has not just turned a blind eye, but has exacerbated the problem by supporting Baghdad without assurances that it would rein in the militias. It is likely that they receive some of the massive flow of arms to Baghdad from allied governments.

The US-led coalition campaign against ISIL was largely dependent on the Iraqi government being more inclusive than it was under former Prime Minister Nouri al-Maliki. This stipulation was explicitly stated by US President Barack Obama. Using and supporting sectarian militias, which was taking place long before ISIL’s lightning gains in Iraq last summer, are the antithesis of inclusivity.

Furthermore, while Sunni tribal leaders have complained of a lack of support and understanding from the government, Abbadi appointed a member of the Badr Organisation – which fields one of the largest Shia militias – as interior minister, in charge of security and police. The human rights minister is also a Badr affiliate.

If handled correctly, pushing ISIL out of Tikrit would be a significant blow to the group. However, mistreating residents would make the military victory tenuous and hinder the overall fight against ISIL, whose expansion owes considerably to Sunni grievances that are still prevalent.

This serves as a reminder, not that one should be necessary, that truly tackling the scourge of ISIL requires more than military might. It requires inclusivity and respect for human rights. Otherwise, ISIL will either make a comeback, or will be eclipsed further down the line by another jihadist successor.

Sharif Nashashibi is an award-winning journalist and analyst on Arab 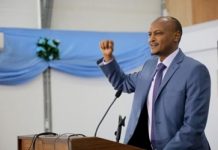 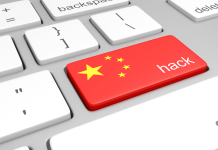