Mayor Ed Murray transmitted a proposed joint resolution to Seattle’s City Council affirming the City’s support of Somali communities who seek to care for their families still living in Somalia and the Horn of Africa by way of remittances.

In February, the Merchants Bank of California closed down all accounts of Somali-American Money Transfer Operators due to the increasing difficulty of complying with federal money laundering and terrorism financing regulations.

“Shutting down these accounts has had a devastating effect on thousands of Somali-American families in this country and their loved ones back home,” Murray said. “I am committed to supporting Seattle’s Somali residents, the vast majority of whom are refugees providing critical financial assistance to family members in their home countries. It is my hope that the federal government will do the right thing and find a solution to this very serious problem.”

More than 730,000 people in Somalia are dependent on financial assistance overseas. Funding from these accounts had provided basic needs such as food, water, shelter, and education. The effects of these account closures have been exacerbated due to Somali’s lack of a functioning commercial banking system.
The joint resolution calls for staff from the Seattle Office of Immigrant and Refugee Affairs (OIRA), the Office of Intergovernmental Relations, the City Attorney’s Office, and the Finance and Administrative Services Department to review options for state, city, or other local banks to continue transferring remittances.

“This is, first and foremost, a humanitarian issue we must resolve with urgency. I know many friends and families who send money back home and this is a lifeline. Our local political and regional leaders are collectively united on this issue and we stand with our strong community of East Africans and immigrants,” said Councilmember Bruce Harrell, chair of the Public Safety, Civil Rights, and Technology Committee. “We need to think creatively and work with our credit unions on local options, and jointly pressure the federal government to act and make things normal again for these families.”

Mayor Murray, Councilmember Harrell and Councilmember Mike O’Brien sent a letter to U.S. Secretary of State John Kerry in February urging the U.S. Department of State to devise a strategy that would help local banks meet regulatory standards and allow financial aid to keep making its way to Somalia. So far, the federal government has taken no action to address the issue.

“Hard-working members of the local Somali community are supporting their families here in Seattle as well as loved ones back in Somalia by sending money back home,” Councilmember O’Brien said. “We must find solutions to ensure there are safe, secure ways for these remittances to continue to flow from Seattle.”

Nearly 4,000 Somalis live in the city of Seattle and thousands more are estimated to live throughout King County. Seattle is home to one of the largest Somali communities in the United States.

The full text of the resolution is below:

A RESOLUTION reaffirming the City of Seattle’s support of Somali communities to continue remittances to Somalia and the Horn of Africa.

WHEREAS, Merchants Bank of California closed down the accounts of all Somali-American Money Transfer Operators (MTOs) on February 6, 2015 and this has devastating consequences for the tens of thousands of Somalis in our country; and,

WHEREAS, over the past few years, MTOs have found it increasingly difficult to comply with Anti-Money Laundering and Combating the Financing of Terrorism (AML/CFT) regulations; and,

WHEREAS, every year Somalia receives approximately $1.3 billion in remittances and more than 730,000 people in Somalia are dependent on financial assistance for survival. Funding from remittances accounts for basic needs including food, water, shelter and education. One in every five children in Somalia dies before their fifth birthday, and only 30 percent of the population has access to clean drinking water; and,

WHEREAS, remittances are crucial in the empowerment of women entrepreneurship in Somalia, as many banks will not provide loans to women entrepreneurs who have no savings of their own because they are considered riskier loan recipients than men; and,

WHEREAS, Seattle has one of the biggest Somali communities in the United States – nearly 4,000 Somalis are residents to this City and thousands more are estimated to be in King County; and,

WHEREAS, the vast majority of our Somali residents are refugees and our new residents need effective systems that will support them in staying connected to their loved ones back home; and,

WHEREAS, Somalis are critical to Seattle’s economic vitality because they purchase goods and services and run small businesses, which in turn create jobs and generate revenue for the region.

WHEREAS, the City of Seattle recognizes that over the past few years the U.S. government has taken small and crucial steps to help Somalia gain financial stability, including collaboration with the Central Bank of Somalia to help it improve its public financial management system and the passage of the Money Remittances Improvement Act.

BE IT RESOLVED BY THE CITY COUNCIL OF THE CITY OF SEATTLE, THE MAYOR CONCURRING, THAT:

Section 1. The City of Seattle reaffirms its support of our Somali community in their desire to support their loved ones in the Horn of Africa. Furthermore, the City of Seattle strongly urges concerned parties to find an amicable solution that facilitates the normal flow of remittances without compromising the safety and security of the United States.

Section 2. The City Council and Mayor request that staff from the Seattle Office of Immigrant and Refugee Affairs, Office of Intergovernmental Relations, City Attorney’s Office, and Finance Department review options for the State, City or local banks to continue servicing remittances. 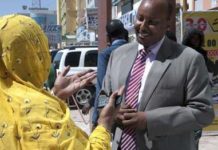 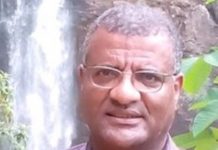 For Western Union, Refugees and Immigrants Are the Ultimate Market