Ali Omar Ader, a Somali national alleged to have been part of the 2008 kidnapping of Canadian freelance journalist Amanda Lindhout and her Australian colleague, was arrested in Ottawa by RCMP, police said today.

Public Safety Minister Steven Blaney is in Levis, Que. and will meet reporters at 10 a.m. ET. CBC will livestream his remarks. 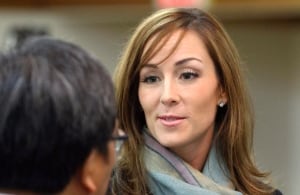 Canadian journalist Amanda Lindhout, seen at a reception in her honour by the Somali-Canadian community in Calgary in 2010, was kidnapped in Somalia in 2008 and held for more than a year. RCMP announced an arrest Friday. (Larry MacDougal/Canadian Press)

The RCMP allege he was the “main negotiator” in the hostage-taking of Lindhout and Nigel Brennan.

Ader, 37, has been charged with Sec. 279.1(2) under the Criminal Code, and is in custody in Ottawa. He will make a court appearance by video conference sometime after 11:30 a.m. ET.

An indictable offence for kidnapping and forcible confinement under this section carries a maximum sentence of ten years.

Lindhout and Brennan were held near Mogadishu on Aug. 23, 2008. The RCMP said Friday it began a criminal investigation named Project Slype at that time.

Lindhout was released on Nov. 25, 2009, after more than a year in captivity. She has written and spoken extensively about the abuse she endured during that time. 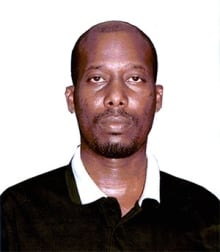 The RCMP did not disclose how or why Ader was in Ottawa. He was not living in Canada at the time of his arrest, but had been in the Canadian capital for a few days, RCMP said.

“Because the investigation was conducted on an international basis, it did create some challenges,” said James Malizia, RCMP assistant commissioner.

It’s unclear how much the government of Somalia co-operated with the investigation.