The Food and Drug Administration warned last week that the risk of heart attack and stroke from widely used painkillers that include Motrin IB, Aleve and Celebrex but not aspirin was greater than it previously had said. But what does that mean for people who take them? 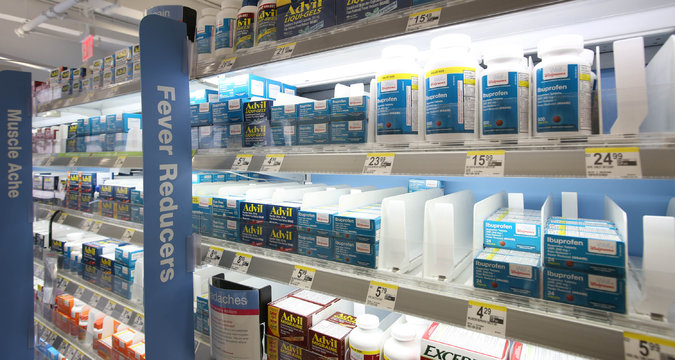 Experts said that the warning reflected the gathering evidence that there was risk even in small amounts of the drug, so-called nonaspirin, nonsteroidal anti-inflammatory drugs, or Nsaids, and that everyone taking them should use them sparingly for brief periods. Millions of Americans take them.

“One of the underlying messages for this warning has to be there are no completely safe pain relievers, period,” said Bruce Lambert, director of the Center for Communication and Health at Northwestern University, who specializes in drug safety communication.

But the broader context is important. The relative risk of heart attack and stroke from the drugs is still far smaller than the risk from smoking, having uncontrolled high blood pressure or being obese. At the same time, use of the drugs by someone with those other habits and conditions could compound the risk.

“The additional risk is relatively small, but it could be the straw that breaks the camel’s back for someone already at risk,” Professor Lambert said. The evidence that the drugs increase the risk of heart attack, stroke and heart failure “is now extremely solid,” he said.

“I don’t think we will ever see a study that says, ‘Oops, Nsaids were safe after all,’ ” he added.

The agency said it would ask drug manufacturers to change the labels to reflect new evidence that the drugs increased the risk of heart attack and stroke soon after patients first started taking them, and that while the risk was higher for people with heart disease, it surfaced even for people who had never had heart problems.

Dr. Peter Wilson, a professor of medicine and public health at Emory University in Atlanta, was a member of an expert panel convened by the F.D.A. last year to sift through new evidence on the drugs, including a meta-analysis of a number of scientific trials, as well as some observational studies. He offered a rule of thumb for the scale of risk based on studies he and others reviewed last year.

The over-the-counter medications, which have the lowest doses, probably increased risk by about 10 percent, he said. Low-dose prescription medications were likely to increase the risk by about 20 percent and higher-level dose prescription medications by about 50 percent, Dr. Wilson said. He emphasized that there was significant variability in each estimate. For example, the risk for the over-the-counter drugs might be zero or might be 20 percent.

“There is great concern that people think these drugs are benign, and they are probably not,” he said. “The thought is these are good for short-term relief, probably for your younger person with no history of cardiovascular trouble.”

People over 65 with a history of heart disease should be especially careful, Dr. Wilson said.

Less clear is whether one of the drugs is safer than another, whether there is a safe minimum dose or minimum duration of exposure, or whether some populations might be less vulnerable.

Dr. Sanjay Kaul, a cardiologist at Cedars-Sinai Medical Center in Los Angeles, who was a member of the same expert panel attended last year by Dr. Wilson, said the evidence was too weak to tell if one drug was better than another. He said a more conclusive answer could come from a large randomized trial, called Precision, that is comparing the rate of heart problems among patients with high cardiovascular risk for ibuprofen (Motrin IB), naproxen (Aleve) and celecoxib (Celebrex).

“The F.D.A. is basically hedging — they still have questions,” Dr. Kaul said. “It’s messy, and the randomized trial is the only reliable way to sort it out.”

The agency’s move is important, he said, because the drugs are so widely used, often for “little aches and pains” that do not warrant their use.

“The point of this warning is that we have to be very careful,” he said. “There has to be a good reason to take them. We shouldn’t just be using these drugs willy-nilly.”

But what practical advice does Dr. Kaul have for patients?

“I’m not going to stop using these medications,” he said. “But there has to be a good reason to use them.”

Professor Lambert said the warning might encourage people to manage pain without drugs, or to try to treat the underlying cause of the pain. One of the most effective treatments for arthritis pain, he said, is weight loss. (Less weight means less pressure on joints.)

“It’s a risk-benefit decision,” he said. “When people get cancer, we give them incredibly toxic drugs, but the extra benefit they get is worth it. For people who are in the habit of taking these drugs for headaches or mild pain, they might want to reconsider.”