The first part of my journey took me from the capital, Addis Ababa, down into the rural lowlands around Harar, where iconic Ethiopian monarch Haile Selassie was born. From there I headed toward the capital of Ethiopia’s Somali region, Jigjiga, and onward to the border with the independent nation of Somaliland. As I approached Jigjiga, the hills of upland Ethiopia finally disappeared and the landscape opened up into broad steppes. 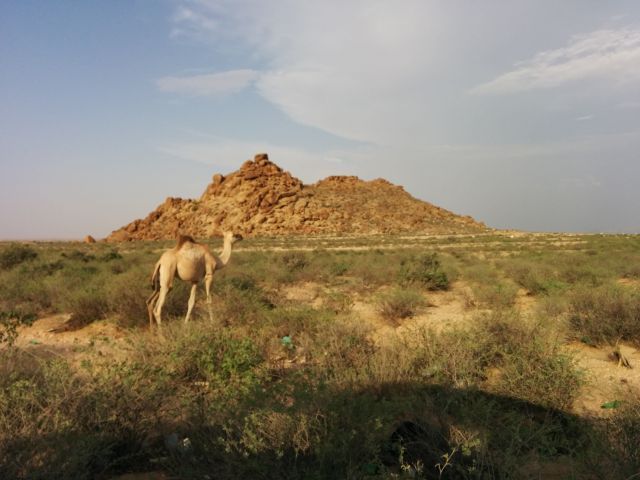 As we rode, I talked with the passengers around me. Something that struck me about those I spoke to was that many identified strongly as ethnic Somali. Of course this made sense, considering where we were. What surprised me was the fact that by looking at them, I found those that identified as “Somali” to be indistinguishable from their fellow Ethiopian passengers from the ethnic Amhara, Gurage and Oromo groups. It seems that ethnic affiliation is not about outward appearance, but about language and religion. Of these, language is the strongest indicator of ethnicity and ethnic regions are defined by a concentration of speakers of a minority language.

We continued along the road toward the border crossing into Somaliland at the village of Tog Wajaale. In the middle of an expansive grassland studded with rocky outcrops, we stopped at a checkpoint. A small crowd of local women swarmed our little bus, trying to sell us what I can only assume was camel milk. I tried my limited Amharic vocabulary with an old woman that stood next to my window. A young man sitting in front of me waved his hand and said in English, “You probably speak more Amharic than her.”

The Ethiopian Somalis I spoke to on the bus, though, seemed strangely content with the status quo in the country — with their region being ruled, almost imperially, from the capital of Addis Ababa. It is quite likely that the generalized chaos of independent Somalia and the unrecognized status of Somaliland looms powerfully in their minds when they imagine what secession might look like.

I, too, felt trepidation as we neared the end of Ethiopia and I faced the prospect of entering Somaliland. Although I know that Somaliland is relatively stable and safe, I was entering a failed and internationally unrecognized state. I had even received a travel advisory about Somaliland the day before because of clashes between Somaliland armed forces from the neighboring Puntland. The fighting, however, was in Sool in the far east of the country and I was crossing the western border. 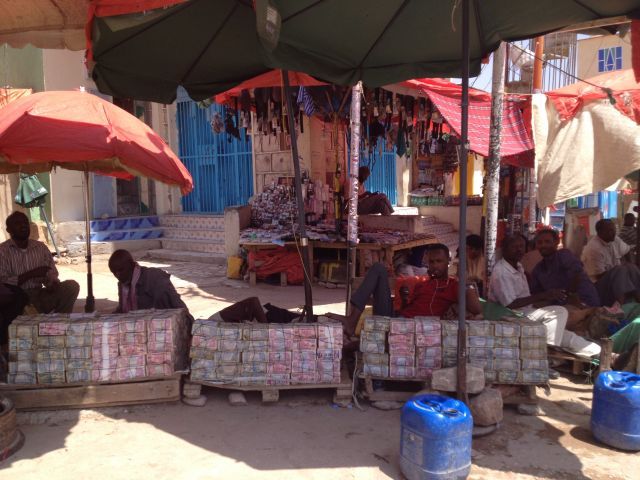 I felt assured when we reached the checkpoint — the Somaliland immigration guard did not stop at simply stamping our passports, he helped us convert our currency into Somaliland shillings and arrange a shared taxi to the capital of Hargeisa, or “little Harar.” Because of the terrible reputation of Somalia and its capital, Mogadishu, Somaliland officials seemed eager to prove to me, a tourist, that I was safe.

The border town of Tog Wajaale straddles both Ethiopia and Somaliland. The Somaliland side is the most run-down place I’ve ever been — out-classing both Poipet, Cambodia and Kawthaung, Myanmar. As we reached Hargeisa, I was astounded by the contrast with Addis Ababa and Ethiopia in general. In Ethiopia, top-down development is the rule and the streets are full of old, beat-up cars. Hargeisa, by contrast, bustles with economic vigor. New cars, mainly Japanese, fill the city. There also seems to be an abundance of universities and an array of telecom companies. All Ethiopia has is the monolithic Ethio Telecom. This is all particularly ironic considering Somaliland’s status as a failed state. 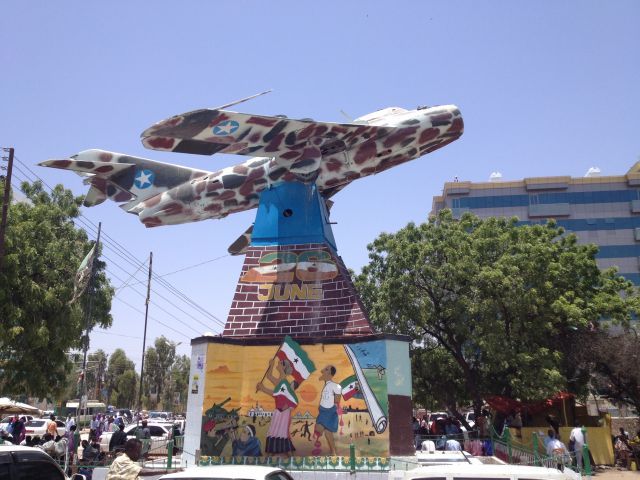 Somaliland is also full of overt displays of nationalism. Fourteenth-century Muslim historian Ibn Khaldun called this “Assabiyah,” which translates to “group feeling.” Khaldun sees Assabiyah as the main driver of a young, vigorous, conquering culture. Somaliland’s clan-based society thrives on an egalitarian warrior ethos that values independence. This undergirds not only the strong patriotism prominently on display but also Hargeisa’s economic vigor — and liberalism.

But Hargeisa’s liberal character is tempered with an intense religiosity — at certain hours, the streets are flocked with burqa-clad women clutching schoolbooks headed for class. Throughout my time there I didn’t see one woman who wasn’t covered to some extent. None wore jeans or showed much more skin than their faces.

I proceeded to the port town of Berbera. This Somaliland city is landlocked Ethiopia’s strategic alternative to the port of neighboring Djibouti. In the distance I could see massive container ships approaching the port, attracted by the secure waters protected by the Somaliland coast guard. In spite of this, the town was rather sleepy for a port hub.

Perhaps part of the sleepiness is because of Somaliland’s major limitation — the fact that it is still officially unrecognized by the international community. The reason for this is simple: Recognizing Somaliland would violate the principle of the sanctity of African borders. This would open up a Pandora’s box of secessionist movements in a continent where most borders were drawn by foreign colonial powers. Somaliland’s ambiguous legal status is one of the main obstacles for a larger influx of foreign investment. Its coastal location, relative stability, security and business-friendly orientation would make it a prime candidate to become a rapidly growing African economy, but that has not happened.

Somaliland has been shielded, however, from the pernicious development industry that has penetrated so many of its neighbors. Although in theory meant to support beneficiaries, much of the aid in Ethiopia seems to go toward funding the upscale lives of national politicians. Somaliland has had to bootstrap itself out of post-war disaster, a difficult but ultimately rewarding struggle.

From Somaliland, I was to proceed to visit neighboring Djibouti — another state on the edges of the Ethiopian highland and one that had made well on its shipping potential.