SomTribune
Home Somalia $700,000 of Australia foreign aid lost to fraud in Somalia and 4... 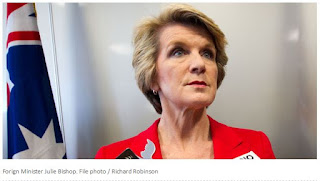 New Zealand Herald – Australia’s foreign affairs department has revealed it investigated the misuse of Australian aid money in Papua New Guinea, Solomon Islands, East Timor, Afghanistan and Somalia.
In one case the head of the PNG Law and Justice secretariat gave himself and his staff an unauthorised 23 per cent pay raise worth close to A$577,300 ($633,000).

The Papua New Guinea Government subsequently paid back the money in 2012.

Details of the case and others elsewhere in the region have come to light after the department disclosed them on its website in response to a Freedom of Information application.

In a ministerial submission in October 2013 the department insisted there were strong measures in place to combat fraud and corruption risks.

“Levels of fraud against the aid programme are low,” it said.

But Foreign Minister Julie Bishop was not impressed and hand wrote her response: “$700k lost to fraud is $700K.”

Somalia stolen food: 178 tonnes of food worth A$87,150 donated by the Australian aid programme was looted in 2011 in Mogadishu.

PNG HIV Aids prevention campaign: Subcontractor did not deliver on SMS campaign as stipulated in their contract. Australian Government seeking A$56,483.