British Olympians have warned against feeding the “fear factor” but admit the rapid spread of the Zika virus is “scary”, “daunting” and “worrying”. 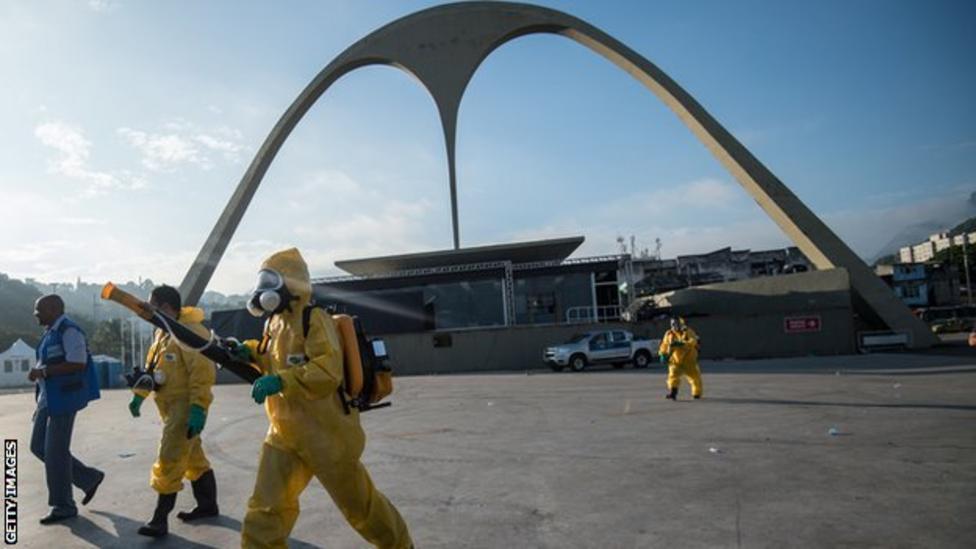 Brazilian authorities say there will be no risk to athletes and spectators, except pregnant women, when the Rio Games take place in August.

Modern pentathlete Samantha Murray, 26, said the virus was a concern.

But she said she had been assured by British officials that “everything is being done to prepare the team”.

Murray won a silver medal at the 2012 Games in London and is hoping to be on the podium again in Rio.

The World Health Organization (WHO) has declared the Zika virus a global public health emergency.

That puts it in the same category of importance as Ebola.

No vaccine or treatment exists for the virus.

The International Olympic Committee has said Rio will be safe and venues will be inspected daily before and during the Games to minimise the impact of the virus. 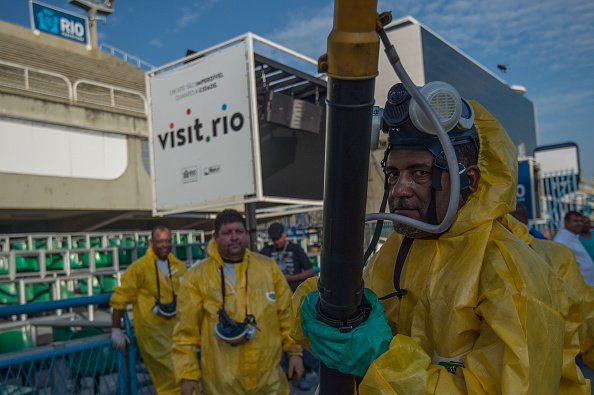 What is the Zika virus?

Carried by mosquitoes, it has been linked to thousands of babies being born with underdeveloped brains.

There have been about 4,000 reported cases of microcephaly in Brazil alone since October.

There is no vaccine or medication to stop Zika.

The only way to avoid catching it is to avoid getting bitten by the Aedes mosquitoes that transmit the infection.

Badminton player Gail Emms, who won Olympic silver in the mixed doubles at the 2004 Games, said the virus would be playing on her mind if she was due to compete in Rio.

“I’d be in a very uncomfortable situation,” she said. “You would feel frustrated, angry, and really worried about your friends and family.”

“It’s just devastating because this is something that’s your dream and you want it to go perfectly.

“As a mother, I can only hope the best solution can be found quickly. I see the pictures and reports and I cry.”

British rower Kath Grainger, who is attempting to qualify for Rio, described the situation as “sad”.

“From a selfish point of view, this is the culmination of our careers where we try and make our mark on the world of sport,” the 2012 gold medallist told BBC Sport.

“Yet suddenly you have this flip side which is quite a serious health hazard and potential risk.”

The 40-year-old Scot added it was reassuring to know the British Olympic Association was seeking advice and taking precautions.

“I think it is important to keep informed but not to raise the fear factor,” she said.

‘Think carefully about the risks’

European 10,000m champion Jo Pavey said her “heart goes out” to parents of children with microcephaly.

She added that every athlete, official and spectator going to Rio would have to “think carefully” about the dangers posed to their health.

The Briton, 42, also said she would think twice about taking her family to Rio should she gain selection.

“I wouldn’t want to put my family or children at risk,” she told the BBC.

A spokesperson said Rio organisers had not yet seen evidence of people cancelling travel to the Games.

Communications director Mario Andrada said the organising committee would follow travel guidelines issued by the WHO.

He has advised that athletes and tourists should wear appropriate clothing, close windows and use repellent.

He also pointed out that August, when the Games take place, is the Brazilian winter, when mosquito numbers fall sharply.

‘We are going to be safe’

“My aims and goals are still set on going to Rio and competing,” the 32-year-old Zimbabwean told BBC World.

“I think we athletes are going to be safe. There is no sense of putting on the brakes in terms trying to get to Rio.”

One of Africa’s most successful swimmers, she added: “It seems like a terrible virus, especially for pregnant women, but I believe there is enough time to get a better understanding of what is going on.”