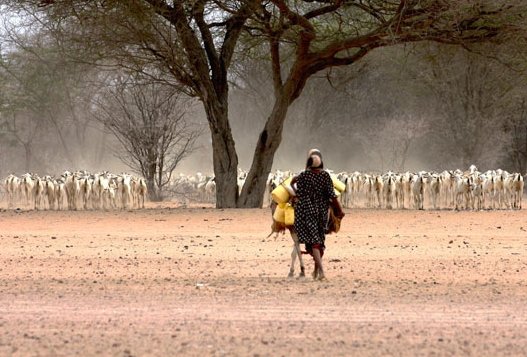 According to the UN Office for the Coordination of Humanitarian Affairs’ (UNOCHA) Humanitarian Bulletin, of March 2016,  Issued on 23 March 2016, some 385,000 people face acute food insecurity in Somaliland and Puntland, areas that El Nino hit hard.

To, aptly, contribute to the relief effort waged against the devastating effects of the drought, The UN Central Emergency Response Fund (CERF) is expected to release US$11 million to provide urgent humanitarian assistance for 224,000 drought affected people in the northern parts of Somalia. The funds will help partners to ramp up the provision of critical life-saving humanitarian assistance in the drought-affected areas of Puntland and Somaliland. This will include food and nutrition assistance, livestock vaccination, health care services and water and sanitation.

Meanwhile, the Somalia Humanitarian Fund (SHF) has allocated $6.5 million to scale up response in the drought-affected regions to compliment the CERF allocation. The allocation will bolster the provision of food and nutrition assistance, healthcare services
and water and sanitation services. It will also support priority shelter and protection needs identified in needs assessments undertaken in affected areas, while education facilities will be used as entry points to carry out food and water assistance, nutrition and hygiene
promotion programmes. This will ensure that children and teachers remain in schools and avoid exposing children to the risks of family separation, child labour and abuse. The depletion of available water resources in affected areas could see the situation worsen in the coming months.

Drought in Puntland and Somaliland

Severe drought exacerbated by El Niño conditions has hit parts of Puntland and Somaliland, affecting hundreds of thousands of people. The drought compounds an already challenging humanitarian situation in the area and has brought the estimated number of people who face acute food insecurity in Somaliland and Puntland to 385,000 people. A further 1.3 million people risk slipping into acute food insecurity if they do not receive assistance. This brings the total number of people in need of some form of humanitarian assistance and livelihood support to 1.7 million, or nearly 40 per cent of the 4.6 million people living in Puntland and Somaliland.

Humanitarian partners continue to scale up response to save lives and livelihoods in drought-hit Puntland and Somaliland. Some 95 national and international humanitarian organizations are currently operational in the two areas. Over the past two months, an estimated 182,700 people had been reached with food assistance, 91,440 people with activities aimed at building livelihoods and 40,692 people received livelihood seasonal inputs such as seeds, tools, fishing equipment, irrigation vouchers and livestock distribution and vaccination. Nearly 4,300 acutely malnourished children under age 5 were admitted into the nutrition programme. Over 41,000 people received basic health services while 55,000 people have been provided with temporary and sustainable access to safe water. Protection Cluster reached some 9,200 people with protection activities. The Shelter Cluster assisted approximately 2,800 people with household items. Education partners reached some 9,000 children with education services.

Meanwhile, the impact of the drought in the north is already being felt in southern and central regions. There are concerns on the rapid deterioration of the water situation in Belet Weyne in Middle Shabelle region due to the rapid reduction of water levels in River

UN Office for the Coordination of Humanitarian Affairs  is the part of the United Nations Secretariat responsible for bringing together humanitarian actors to ensure a coherent response to emergencies. OCHA also ensures there is a framework within which each actor can contribute to the overall response effort.

How The G7 Can Support Africa’s Climate Agenda