Hundreds of world leaders have gathered in Istanbul for the opening of the first World Humanitarian Summit, organised by the United Nations. 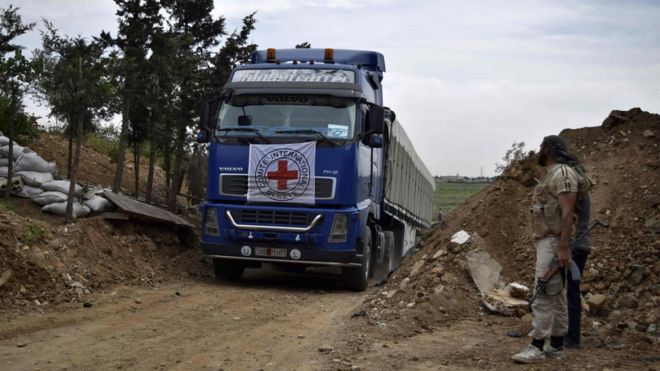 The objective of the summit is to improve the global humanitarian system.

But it has been criticised by some aid groups as little more than show. Global medical charity Medecins Sans Frontieres (MSF) has refused to attend.

The UN estimates that 130 million – more than ever before – are in need of humanitarian aid around the world.

And some 60 million people per year are being displaced by conflict, it says.

Opening the summit, UN Secretary General Ban Ki-moon said: “More people have been forced from their homes than at any time since the end of the Second WorldWar.

“Every year the needs rise and the funding shortfalls grow.”

The UN estimates there is a $15bn (£10bn) annual gap, as a result of humanitarian funds being pledged but not delivered.

Leaders or delegates from 175 countries are attending the summit, which will produce non-binding commitments. Its aims are to mobilise more funds for humanitarian aid, improve their distribution, and consider transferring money from larger national NGOs to smaller aid agencies operating on the ground.

About 65 heads of state will be present, though the German Chancellor Angela Merkel is the only G7 leader to attend. The Russian government says its humanitarian proposals have been ignored and Vladimir Putin will not be attending.

Stephen O’Brien, UN Under-Secretary General for Humanitarian Affairs, said the summit was a “once in a generation opportunity to set in motion an ambitious and far-reaching agenda”.

But MSF has called the event a “fig-leaf of good intentions”, arguing the summit will not pressurise states that violate humanitarian law and that no significant new commitments will be made.

Loretta Minghella, the Chief Executive of Christian Aid, said: “Words are not enough to solve the escalating needs of people whose lives are blighted by crisis. The success of the summit will depend on how energetically we collectively deliver against the promises that we are all launching.”

And Oxfam Chief Executive Mark Goldring called on those attending the summit to make it more than “an expensive talking shop”.

Humanitarian funding summits have come under fire recently as nations fail to follow up on financial pledges. Just a sixth of the funds pledged for victims of the Syrian conflict at a recent London summit have been committed, according to charity Concern Worldwide.

A report by the charity says that just $1.16 billion of the $6 billion pledged for 2016 has been committed, with 94% of donors failing to commit their full pledges.