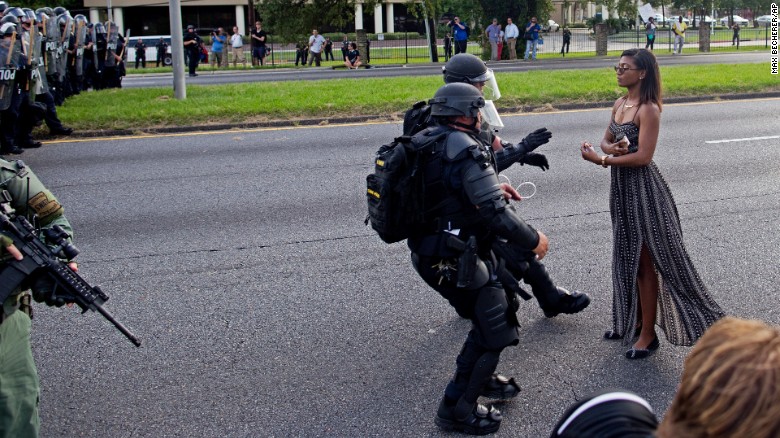 Will this be the photograph that symbolizes this past week’s protests? 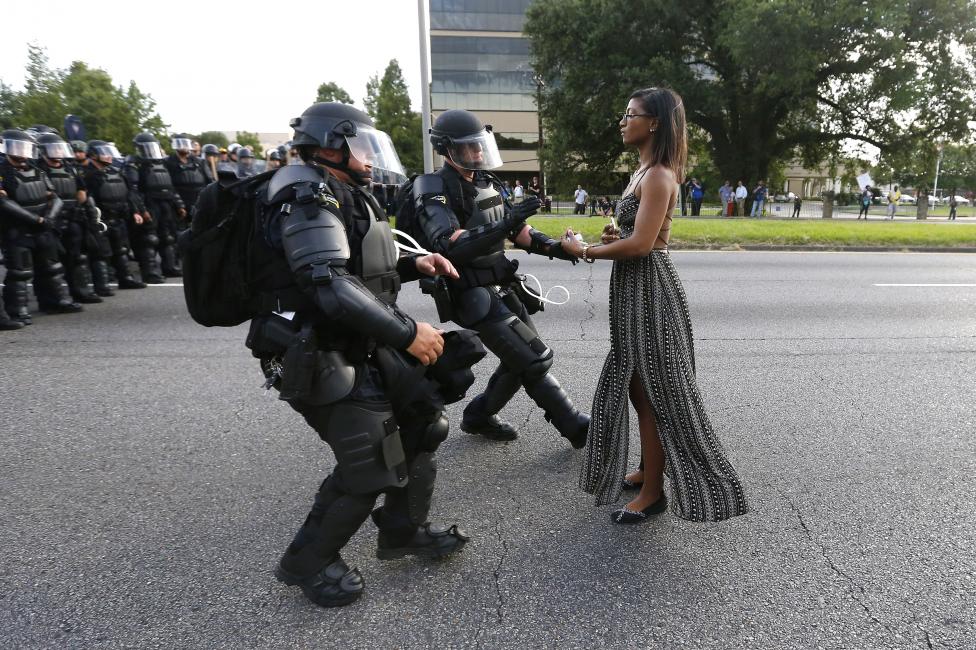 An image of what appears to be a woman’s peaceful resistance to police is garnering plenty of attention online.

Shot by Jonathan Bachman for Reuters, the photograph shows a black woman in profile, standing in the middle of the street as two police officers in riot gear seem to be preparing to arrest her in Baton Rouge, Louisiana.

Powerful image of protester being detained near HQ of the Baton Rouge PD. via @reuters http://www.reuters.com/news/picture/anger-after-police-killing-of-alton-ster?articleId=USRTX2K7W6 …

A weekend of intense, sometimes violent nationwide protests culminated in the arrest of hundreds of demonstrators, angry at the latest killings of black men by police officers.
Despite pleas for calm from all sides, at least 312 people have been arrested at protests from New York to Chicago, and in St. Paul, Minnesota, and Baton Rouge, Louisiana, where two black men, Philando Castile and Alton Sterling, were shot to death by police.
The same week Sterling and Castile were killed, a gunman killed five police officers at a Black Lives Matter rally in Dallas.
Their killer was an Afghanistan war veteran, 25-year-old Micah Xavier Johnson from the Dallas suburb of Mesquite, Texas.
Black Lives Matter protesters condemned the Dallas killings, calling the attack on law enforcement a tragedy not just for those affected but also for the nation.
“Black activists have raised the call for an end to violence, not an escalation of it. (Thursday’s) attack was the result of the actions of a lone gunman,” the group said.
“To assign the actions of one person to an entire movement is dangerous and irresponsible. We continue our efforts to bring about a better world for all of us.”
A tragic first week of July 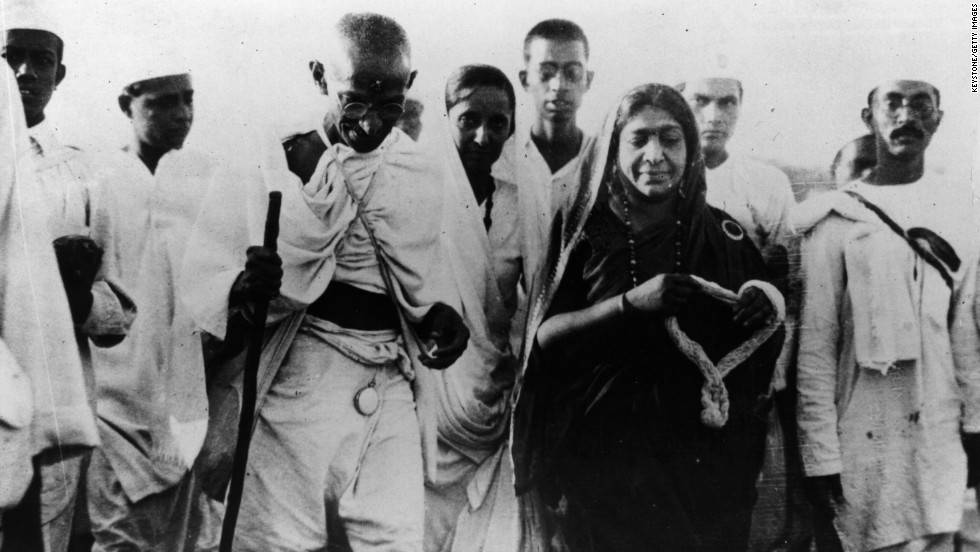 The symbolism of a single person’s nonviolence resistance against a large, heavily armed opposition is reminiscent of a handful of other famous photographs, including Marc Riboud’s shot of a Vietnam war protester holding a flower in front of armed police, or the image of the lone protester confronting a tank in Tiananmen Square.
More recently, the Bachman shot calls to mind a photograph of activist Maria-Teresa “Tess” Asplund standing alone and confronting several hundred neo-Nazi marchers in Sweden, her fist firmly raised in protest.
A man attempts to calm a fellow demonstrator as they face police in Baltimore on April 27, 2015. Riots broke out after the funeral for Freddie Gray, who died of a severe spinal cord injury while in police custody. His death sparked protests in Baltimore and raised long-simmering tensions between police and residents. 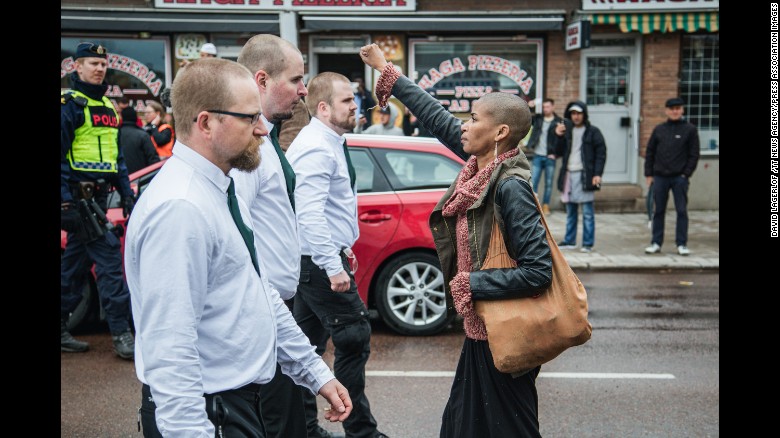 Tess Apslund, 42, stands with a raised fist in front of uniformed neo-Nazis during a Nordic Resistance Movement demonstration in Borlange, Sweden, on Sunday, May 1.
“It was just impulse, to go in their middle. I remember standing there and one of the guys staring at me,” Asplund told CNN in May. “When you have Nazis marching in the street for May 1, it’s important to show that that’s not okay. People in other countries can’t understand how come Nazis are marching in Sweden.”
CNN has reached out to authorities to try find out who the woman is and if she was arrested.