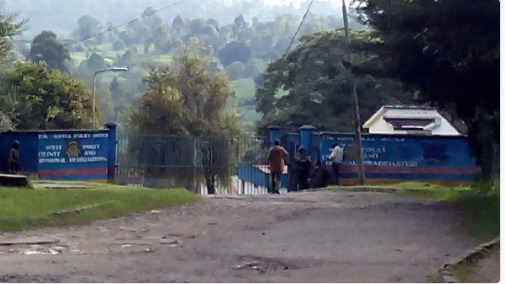 The morning incident happened after the man, who had been arrested by the police, snatched a gun from one of the officers at 4:30am and started shooting indiscriminately at the police.

The man had been arrested at Nakujit in Kacheliba over suspicions of being a member of the Al-Shabaab terror group.

The man is accused of recruiting young people from the region to the militia group.

Gun shots were heard from the police station as late as 8am even as over 100 police officers were deployed to reinforce security.

Elsewhere, one suspected Al-Shabaab fighter has been killed and several others injured in a botched raid of Mangai AP camp in Lamu County.

Confirming the incident, AP Commandant Abdullahi Adan, said an AK-47 rifle and three magazines were recovered during the swoop.

This comes barely two weeks after officers at the Mangai camp in Lamu East repulsed an attempted Al-Shabaab attack.

Adan added that police are pursuing the suspects, who are said to have fled into the expansive Boni Forest.

Earlier, a KTN TV station reported the incident as below: