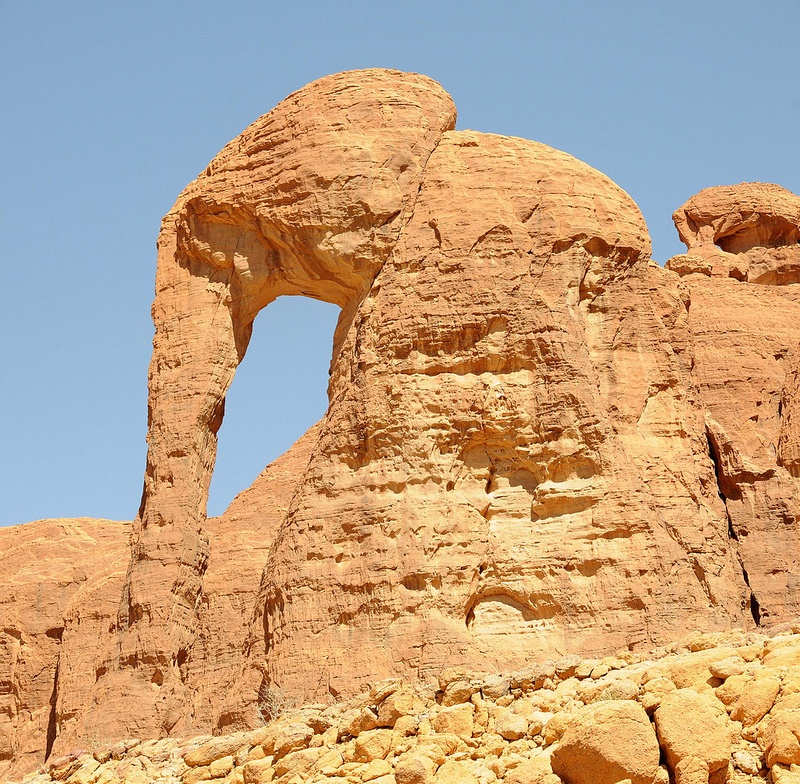 From a national park to a fossil site and a naval dockyard, the United Nations cultural agency today inscribed 12 new sites of special cultural or physical significance on its World Heritage List.

The new sites added to the list – designated by the World Heritage Committee of the UN Educational, Scientific and Cultural Organization (UNESCO) – include the transnational serial site of the Architectural Work of Le Corbusier, an Outstanding Contribution to the Modern Movement, along with the Antigua Naval Dockyard and Related Archaeological Sites in Antigua and Barbuda, the Pampulha Modern Ensemble in Brazil, and the Khangchendzonga National Park in India.

Those four sites were added during the morning meeting of the 40th session of the World Heritage Committee, which opened on 10 July in Istanbul, Turkey, and closed today. The session was suspended yesterday due to the attempt on Friday to overthrow the Government of Turkey.

This afternoon, the Committee also inscribed eight new sites on the list: one transnational site (in Kazakhstan, Kyrgyzstan and Uzbekistan), and others in Canada, Chad, China, Iraq, Iran, Mexico and Sudan.

The Architectural Work of Le Corbusier, an Outstanding Contribution to the Modern Movement, is spread over Argentina, Belgium, France, Germany, India, Japan and Switzerland.

The 17 sites comprising the property were chosen from the work of Charles-Édouard Jeanneret-Gris, who was better known as Le Corbusier, and are a “testimonial to the invention of a new architectural language that made a break with the past,” UNESCO said.

The sites were built over a period of a half-century, over the course of what Le Corbusier described as “patient research.”

The Complexe du Capitole in Chandigarh in India, the National Museum of Western Art in Tokyo, Japan, the House of Dr. Curutchet in La Plata, Argentina, and the Unité d’habitation in Marseille, France, reflect the solutions that the Modern Movement sought to apply during the 20th century to the challenges of inventing new architectural techniques to respond to the needs of society, according to the agency.

“These masterpieces of creative genius also attest to the internationalization of architectural practice across the planet,” UNESCO said.

The Antigua Naval Dockyard and Related Archaeological Sites – the first property in Antigua and Barbuda to be included on the World Heritage List – consist of a group of Georgian-style naval buildings and structures, set within a walled enclosure.

With its deep, narrow bays surrounded by highlands, the natural environment of this side of the island of Antigua offered shelter from hurricanes and was ideal for repairing ships.

UNESCO underscored that the construction of the Dockyard by the British navy would not have been possible without the labour of generations of enslaved Africans since the end of the 18th century. Its aim was to protect the interests of sugar cane planters at a time when European powers were competing for control of the Eastern Caribbean.

The Pampulha Modern Ensemble was the centre of a visionary garden city project created in 1940 at Belo Horizonte, the capital of Minas Gerais State in Brazil.

Designed around an artificial lake, the cultural and leisure centre included a casino, a ballroom, the Golf Yacht Club and the São Francisco de Assis church. The buildings were designed by architect Oscar Niemeyer, in collaboration with innovative artists.

The Ensemble comprises bold forms that exploit the plastic potential of concrete, while fusing architecture, landscape design, sculpture and painting into a harmonious whole. It reflects the influence of local traditions, the Brazilian climate and natural surroundings on the principles of modern architecture, according to UNESCO.

Mistaken Point is a fossil site located at the south-eastern tip of the island of Newfoundland, in eastern Canada.

The site consists of a narrow, 17 kilometre-long strip of rugged coastal cliffs. Of deep marine origin, the cliffs date to the Edicarean Period (580-560 million years ago), representing the oldest-known assemblages of large fossils anywhere. These fossils illustrate a watershed in the history of life on earth: the appearance of large, biologically complex organisms, after almost three billion years of micro-dominated evolution.

Ennedi Massif: Natural and Cultural Landscape is a sandstone in the northeast of Chad that has been sculpted by water and wind erosion over time into a plateau featuring canyons and valleys.

In the largest canyons, the permanent presence of water plays an essential role in the Massif’s ecosystem, sustaining flora and fauna as well as human life. Thousands of images have been painted and carved into the rock surface of caves, canyons and shelters, presenting one of the largest ensembles of rock art in the Sahara.

Located in Hubei Province, in central-eastern China, Hubei Shennongjia is one of three centres of biodiversity in the country, and consists of Shennongding/Badong to the west and Laojunshan to the east.

The centre protects the largest primary forests remaining in central China and provides habitat for many rare animal species, such as the Chinese Giant Salamander, the Golden or Snub-nosed Monkey, the Clouded Leopard, Common Leopard and Asian Black Bear. The site features prominently in the history of botanical research and was the object of international plant collecting expeditions in the 19th and 20th centuries, according to UNESCO.

Khangchendzonga National Park – located at the heart of the Himalayan range in the State of Sikkim in northern India – includes a diversity of plains, valleys, lakes, glaciers and snow-capped mountains covered with ancient forests, including the world’s third-highest peak, Mount Khangchendzonga.

Mythological stories are associated with the mountain and with a great number of natural elements, such as caves, rivers and lakes, which are the object of worship by the indigenous people of Sikkim. UNESCO highlighted that the sacred meanings of these stories and practices have been integrated with Buddhist beliefs and constitute the basis for Sikkimese identity.

The Lut Desert, or Dasht-e-Lut, is located in the south-east of Iran. Between June and October, this arid subtropical area is swept by strong winds, which transport sediment and cause aeolian erosion on a colossal scale.

Consequently, the site presents some of the most spectacular examples of aeolian yardang landforms (massive corrugated ridges). It also contains extensive stony deserts and dune fields.

The Ahwar of Southern Iraq: Refuge of Biodiversity and the Relict Landscape of the Mesopotamian Citiesis made up of seven sites: three archaeological sites and four wetland marsh areas.

The archaeological cities of Uruk and Ur and the Tell Eridu archaeological site form part of the remains of the Sumerian cities and settlements that developed in southern Mesopotamia between the 4th and the 3rd millennium BC in the marshy delta of the Tigris and Euphrates rivers.

UNESCO highlighted that the Ahwar of Southern Iraq – also known as the Iraqi Marshlands – are unique, as one of the world’s largest inland delta systems, in an extremely hot and arid environment.

Western Tien-Shan is a transnational site located in the Tien-Shan mountain system, one of the largest mountain ranges in the world. The site is situated at an altitude of 700 to 4,503 metres and features diverse landscapes that are home to exceptionally rich biodiversity.

Located in the eastern Pacific Ocean, Archipiélago de Revillagigedo is made up of four remote islands and their surrounding waters: San Benedicto, Socorro, Roca Partida and Clarión. The archipelago is part of a submerged mountain range, with the four islands representing the peaks of volcanoes emerging above sea level.

The islands provide critical habitat for a range of wildlife and are of particular importance for seabirds. The surrounding waters have a remarkable abundance of large pelagic species, such as manta rays, whales, dolphins and sharks, UNESCO said.

The second element of the property is made up of Dungonab Bay and Mukkawar Island, situated 125 kilometres north of Port Sudan. It includes a highly diverse system of coral reefs, mangroves, seagrass beds, beaches and islets. The site provides a habitat for populations of seabirds, marine mammals, fish, sharks, turtles and manta rays. Dungonab Bay also has a globally significant population of dugongs.

Also today, the Committee said that its 40th session will resume in Paris in October to examine outstanding issues that could not be discussed over the past seven days. The Committee adjourned its work three days before schedule due to the UN security protocol put in place following the events that occurred in Turkey on Friday.

The Committee also announced that its 41st session will be held in Cracow, Poland, in July 2017.

The Irrefutable Link Between Climate Change And Conflict