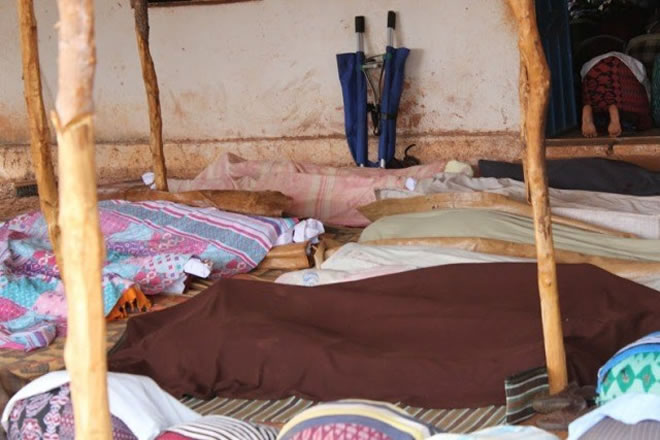 Witnesses told HOL that at least 14 combatants both from the militants and the Ethiopian troops died during the clashes in the outskirts of Awdiinle town, 35km west of Baidoa. This followed clashes between the Ethiopian troops and Al-shabaab militants. Relatives of deceased people confirmed the death of the civilians.

Authorities in Bay Region have pointed an accusing finger at the Ethiopian troops, who shot indiscriminately at the civilians. Thirteen victims died on the scene following the shooting while several others succumbed to injuries as they were being rushed to hospital.

“It was an ugly shooting,” said parliamentarian Ibrahim Isaq Yarow who visited the scene where people were shot and killed on Sunday. He added that the Ethiopian troops entered a house and killed civilians, most of them innocent elders, after some militants run towards a civilian area.

Those killed were said to have been reading the Quran to a sick person before they were shot dead. Among those killed in the shooting was Adan Bariire, a popular peace advocate in the area.
AMISOM is yet to officially respond to the allegations but they on their website that they confirmed that they received news that the operation resulted in civilian casualties.

The Al-Qaeda linked Al Shabab group often uses such incidents as war propaganda to draw support from locals in a bid to prop up its deadly guerrilla war against AU forces in Somalia.