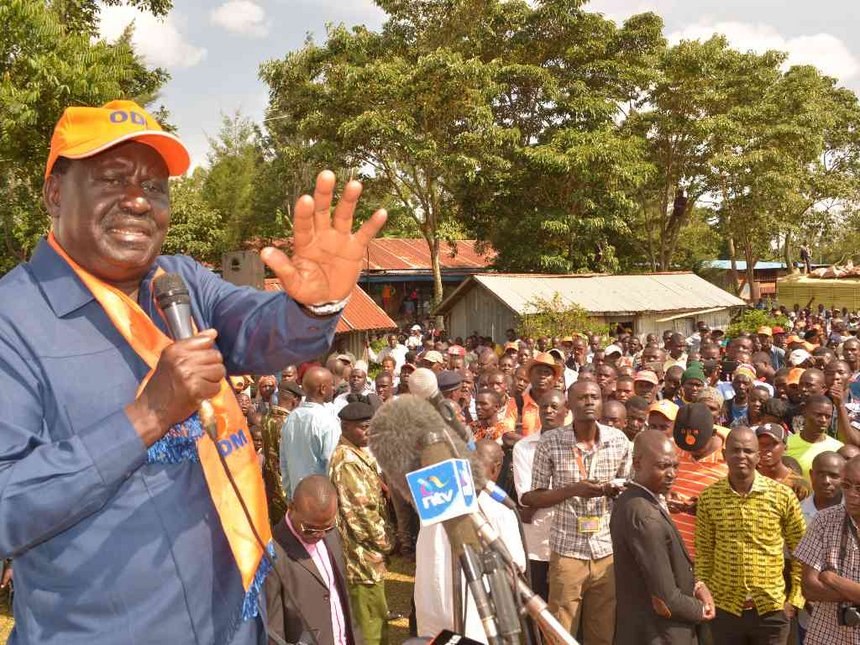 The Kenya Union of Journalists (KUJ) has threatened to boycott events attended by politicians citing lack of security and intimidation by them.

The union’s Secretary General, Eric Oduor condemned the attack of a K24 cameraman Moses Masinde, who is nursing injuries after he was seriously injured in an ODM rally in Port Victoria, Budalang’i

“ODM must take responsibility for the injuries and loss of personal property suffered by K24 cameraman Moses Masinde. The camera destroyed by ODM goons is Mr Masinde’s family’s only source of livelihood.” Oduor said in a statement.

Oduor further criticised ODM Chairman John Mbadi who threatened journalists saying ‘they would pay for writing stories that did not paint ODM in good light’.

“The degree of intolerance and barbarism demonstrated by ODM caps over a period of two months during which journalists have been subjected to mistreatment by political parties that profess accountability and transparency only in name.”

Oduor stated that Mbadi had failed in his mandate to streamline the party’s communication strategy as well as chairing the ODM-affiliated weekly newspaper called The Kenyan Weeekly.

“The irony in Mbadi’s threats to beat up journalists is that he chairs a board of directors of a party newspaper The Kenyan Weekly, which is associated with the Orange party that has not paid its journalists in the past six months.”

He said the intimidation from the government and opposition politicians will not intimidate journalists especially as the country heads to the next election.

He also accused the government of being reluctant to act on such threats towards journalists.

“The derogatory “meat wrapper” remarks were coined by President Uhuru Kenyatta and his Deputy William Ruto, who have obviously set a bad precedent that now exposes .journalists to physical assaults, intimidation and harassment.” He added.

“We note with dismay that Inspector General of Police Joseph Boinnet has been reluctant to crack down on errant police officers, who relish harassing and intimidating journalists.”