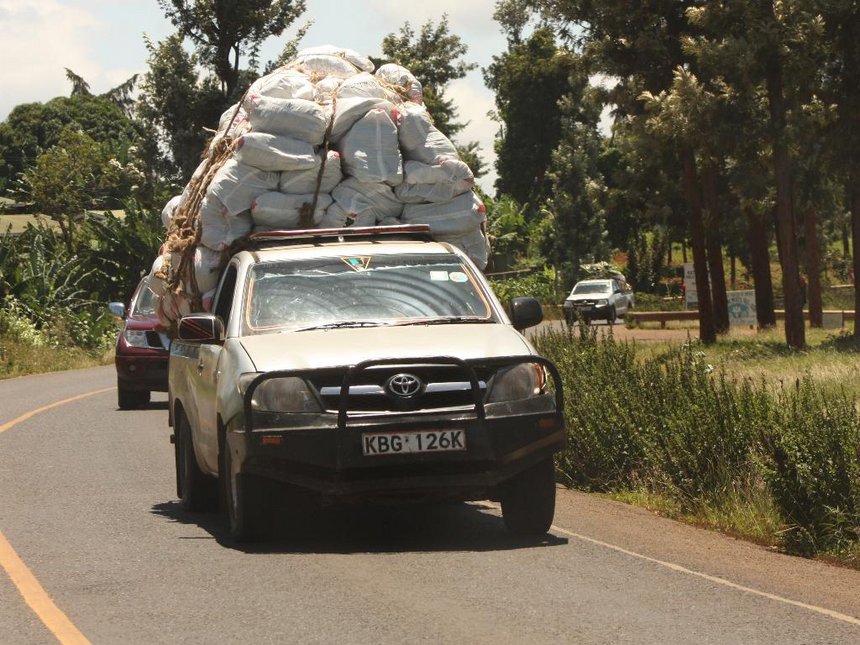 In the interests of miraa farmers, 9, 000 Kenyans who work in Somaliland and Kenya’s strategic protection from the dream of greater Somalia, Kenya should not fear or shy away from being the first nation to recognize Somaliland as this is what is to the best of her interests and what any reasonable nation would do.

Currently there is an economic crisis in Meru County because Kenyan miraa is banned in Somalia in retaliation for the closure of the Dabaab Refugee Camp. It is also banned in the UK, the European Union by Al-Shabaab upon unscientific claims that miraa is an addictive stimulant worse than alcohol, tea, coffee or cigarettes.

Subsequently one assumes that Kenya government will do everything it can to secure a market for the Kenyan miraa to manage negative multiplier economic and political effects on the Meru county economy and politics bound to be substantial as we inch closer to next year’s elections.

Kenyan miraa is not forbidden in Somaliland but it is charged a duty of 300%, 200% higher than Ethiopian miraa with the practical effect of exclusion from market.

Even as we demand full recognition of Somaliland by Kenya, Ethiopia and international community, we also plead with Somaliland to treat all its commercial partners with equality, not preferring one to the other.

From the above, a fundamental question arises. If Somaliland were to agree to buy Kenyan miraa on the same terms it buys miraa from Ethiopia that gives Somaliland more support than Kenya, would Kenya give Somaliland similar diplomatic support or full diplomatic recognition that she deserves?

One never stops to ask what Kenya gains from her recognition of Somalia apart from the burden of war, and what Kenya would lose if it recognized Somaliland that meets all conditions for diplomatic recognition – peace with her herself and neighbors, recognition of other countries, internal cohesion, legal boundaries, stable government, functioning democracy with regular elections, an army and disciplined police.

Already Somaliland accommodates and protects within her borders 9, 000 Kenyans who include teachers, nurses, doctors, engineers, consultants and others whose interests need a Kenyan embassy to take care of. Yet an embassy will not be possible without diplomatic recognition of Somaliland by Kenya.

Here it should be clarified that the kind of diplomatic recognition that Somaliland seeks from Kenya is not one that will exclude her recognition Somalia. When Kenya recognizes Somaliland, she will continue to recognize Somalia to her fullest satisfaction.

However, it is true that having been a colony of Britain, Somaliland is historically closer to Kenya than Somalia that was an Italian colony when Kenya was also a British colony.

More fundamentally, Kenya should recognize Somaliland because both nations reject the dream of greater Somalia which Somalia has yet to renounce though it threatens border integrity of both Somaliland from whose conquest she seeks to escape and Kenya which supports her diplomatically. From this point of view, it is to the strategic interests of Kenya to give diplomatic recognition to Somaliland and certainly a diplomatic error not to recognize her whose nationhood is a reality that cannot be wished away?

In the interests of miraa farmers, 9, 000 Kenyans who work in Somaliland and Kenya’s strategic protection from the dream of greater Somalia, Kenya should not fear or shy away from being the first nation to recognize Somaliland as this is what is to the best of her interests and what any reasonable nation would do.

However hard one thinks, one cannot see the logic of international community including US, AU and UN not recognizing Somaliland that has not known war for the last 25 years when same countries had no qualms recognizing Somalia that is at war, South Sudan that is at war, Eritrea that fought her way into independence or Gambia and Senegal who united and dissolved their political marriage in 1989.

Fairness, not bias or prejudice should be the fuel of international diplomacy. President Uhuru has expressed belief in Pan Africanism whose tenets run counter to the non-recognition of Somaliland by African countries. As a Pan Africanist, Uhuru should not shy away from recognizing Somaliland, an act that will also endear him to millions of Meru voters.

Indeed even Raila Odinga of Cord should also join Pan Africanist forces that campaign for the recognition of Somaliland. And this Odinga should do not just because of the political benefits of supporting Kenyan farmers and those working in Somaliland but also because of its inherent goodness, solidarity and social justice.

When Somaliland and any other country is denied its deserved recognition, it is also deprived its right to be and its legitimacy which neither individuals nor nations are meant to endure. The hurt that men suffer when they are called bastards is the same harm that nations like Somaliland are forced to endure when she is denied recognition.

Despite Kenya denying Somaliland recognition, let Somaliland not pay an eye for an eye by denying Kenyan miraa a market. Somaliland should rise above Kenya that has denied her recognition and open up a market for Kenyan miraa. This will most effectively persuade Kenya and the whole world that the country they have denied recognition will be the corner stone of future.