As host of the 2016 Olympic Games, Brazil is welcoming the entire world into its living room this month. But some 30 other nations also are throwing August open-house parties in Rio de Janeiro, hoping to lure tourists, sell exports, and wield diplomatic soft power.

Sponsoring international houses during the Olympics has been a tradition for some countries since at least 1992. That’s when the enterprising Dutch set up a tent in Barcelona Harbor to serve as a refuge for athletes, and a meet-and-great rendezvous for corporate sponsors, visiting foreign dignitaries and tourists at the Barcelona Games.

The idea took off. During the 2012 Olympics, more than 50 national houses scattered around Greater London welcomed visitors.

In Rio, national houses are proving popular with many Brazilians, many of whom lack the means to journey abroad. They’re flocking to get their hands painted with henna, ogle tulips, frolic in a giant snow-globe and get a whiff of trade-wind fragrances.

“It is an enriching experience, it is an opportunity to see a bit of each culture,” said Brazilian dentist Patricia de Hollanda, 29, during a visit last Saturday to the Qatar national house, where she had her hands painted. De Hollanda, who’d already been to the Swiss house, was also planning to stop by Germany’s venue, among others.

Some national houses allow anyone to walk in, while others are invitation-only or require an appointment. Some charge admission.

Here are four worth dropping by. 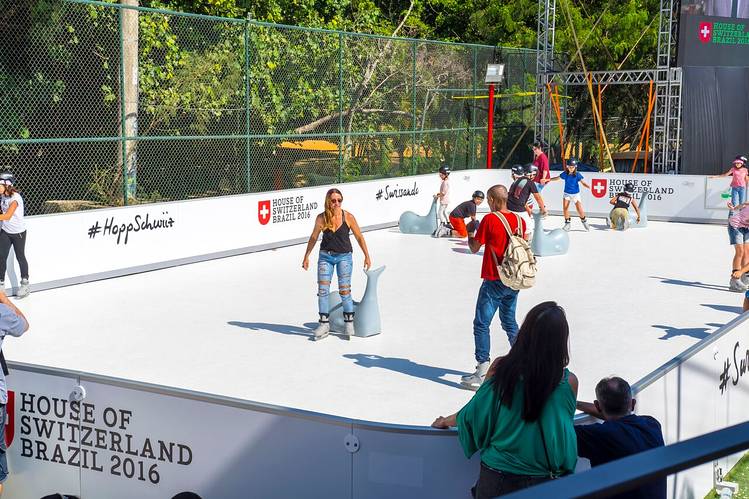 The Swiss house has the vibe of a stately European garden, as well as an amusement park, with an oversize snow globe, a 200-square-meter synthetic ice-skating rink, and a sprint track, all of which can be sampled for free. Picnicking areas, hammocks and decks also dot the 4,000-square-meter enclave on the banks of Rodrigo de Freitas lagoon.

The compound, which opened August 1 and already has become popular with locals, comprises three separate domiciles and grounds. Entry is free, but food and drinks are not. Try the Marinated Caipirinha Salmon Wrap for 30 reais ($9.40), the Swiss style sausage (25 reais) or the traditional Swiss carrot cake (15 reais). There also are daily wine-tasting sessions.

Swiss ambassador Nicolas Bideau said the Rio house complex is the largest his country ever has installed for an Olympics. “Brazil doesn’t understand small,” he said.

The Swiss government and sponsors, including watchmaker Omega and UBS bank, gave about $6 million to the project. The house also represents a marketing beachhead for Swiss products such the white wine Chasselas, which Switzerland is eager to sell in Brazil, Bideau said. 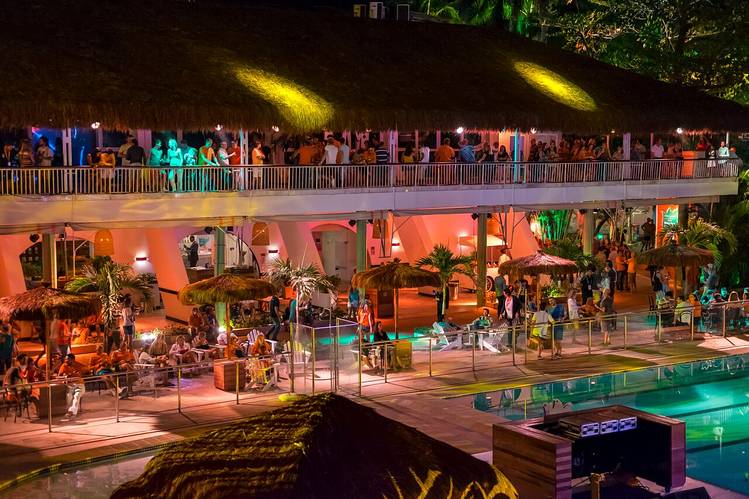 Holland Heineken House is the Netherlands’ 13th consecutive Olympics hospitality suite. Located in a 100,000 square-foot sports club in the swanky Leblon neighborhood, it feels like a beach club during the day, with a jumbo poolside TV screen and free-flowing music and beer, and a night club once dusk falls, with Dutch bands and musicians whipping up the crowd.

Other embellishments include 15,000 imported orange tulips, a “celebration room” for victorious Dutch athletes and a “cry room” where losing competitors can go for a cathartic sob and commiserate by phone with family and friends. 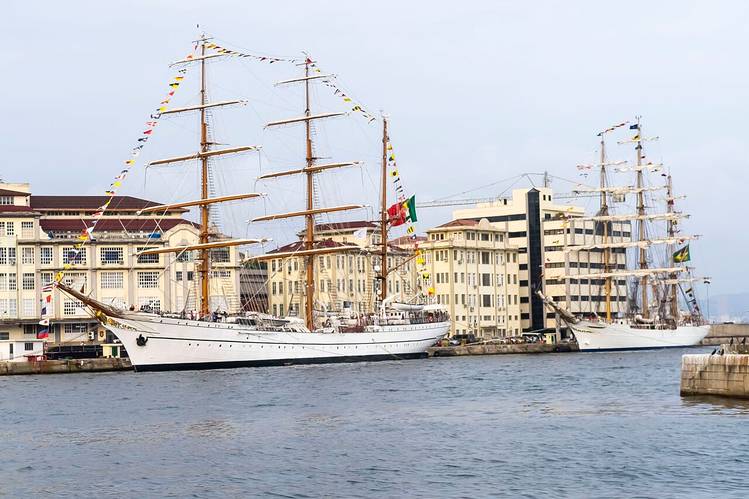 Actually, it’s a historic ship, the Sagres, an elegant three-masted steel vessel whose trip to Rio was sponsored by the Portuguese Olympic Committee in partnership with

the Portuguese Navy. Its westward voyage from Portugal tracked the path of Portuguese navigator Pedro Alvares Cabral, who came upon Brazil in 1500.

With about 190 souls on board, the 89.5-meter ship cruised more than 40 days from Lisbon to Rio, with stops in Cape Verde, Recife and Salvador. The round trip will add up to 97 days, said Captain António Manuel Gonçalves, and is being paid for by the Portuguese navy and 10 corporate sponsors.

The Sagres was built in Hamburg in 1937 for the German Navy. After World War II, it was incorporated by the Brazilian Navy and, in 1961, bought by the Portuguese Navy to operate as a training ship.

Docked at Rio’s old port area, near Praça Mauá on Guanabara Bay, Sagres is open to visitors every day during the Olympics; hours vary, so check the website for details. Entrance is free, but lines are long. Visitors soon will be able to have a taste of traditional Portuguese cuisine, such as the egg tart pastry called “pastel de nata,” for sale on shore. 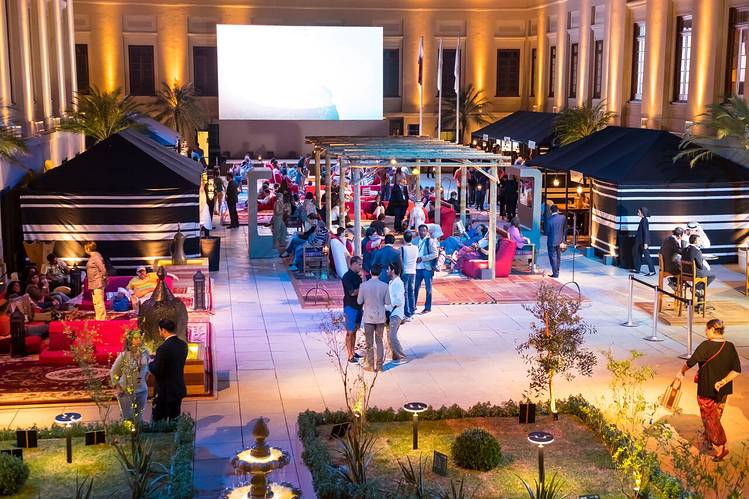 Qatar’s house occupies a neo-classical 19th-century house and former museum in the Botafogo neighborhood. Advance reservations are needed, and the 20 reais ($6.30) entry fee goes to a Brazilian non-profit organization dedicated to promoting athletics in public schools.

Visitors gain access to a replica Qatari market, where, in addition to henna hand-painting, they can snap selfies dressed in authentic clothing, watch sword-dancing shows, use interactive touch-screens to learn about Qatari history and culture, and take part in coffee and tea workshops. The food, overseen by Brazilian celebrity chef Alex Atala, is included in the price.

Qatar, which is hosting the 2022 World Cup and dreams of getting the 2028 Olympic Games, is mounting a charm offensive to woo global tourists.

So how do you say “Minha casa é a sua casa” in Arabic?

Write to Luciana Magalhaes at Luciana.Magalhaes@dowjones.com and Reed Johnson atReed.Johnson@wsj.com