A car bomb has exploded near the presidential palace in Somalia capital, Mogadishu, killing at least 20 people and wounding more than 30 others, according to security officials.

“A speeding car drove towards us. We fired warning shots into the air. It did not stop and then we fired at the car before the attacker detonated his explosive-laden car,” a presidential security guard told VOA Somali on condition of anonymity.
The car hit the wall of SYL Hotel close to the presidential compound, Villa Somalia. 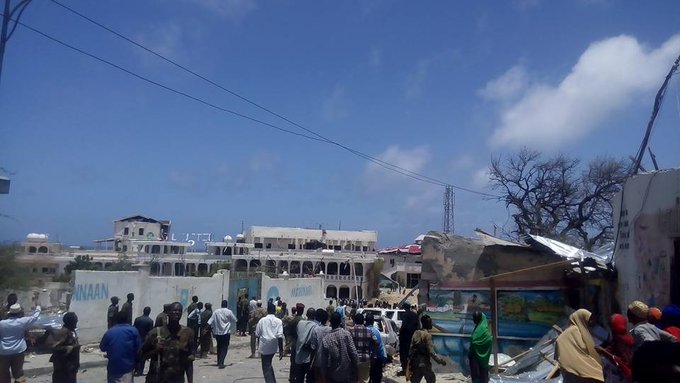 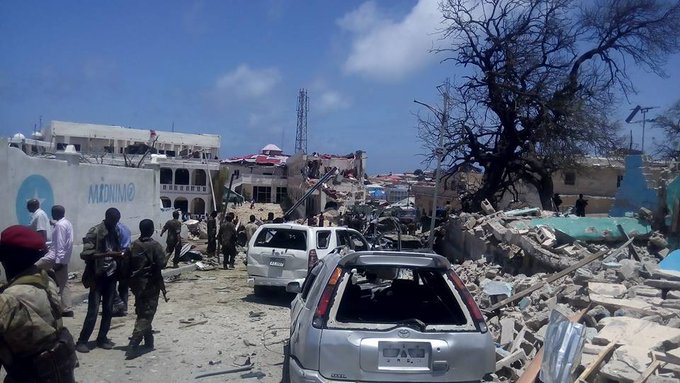 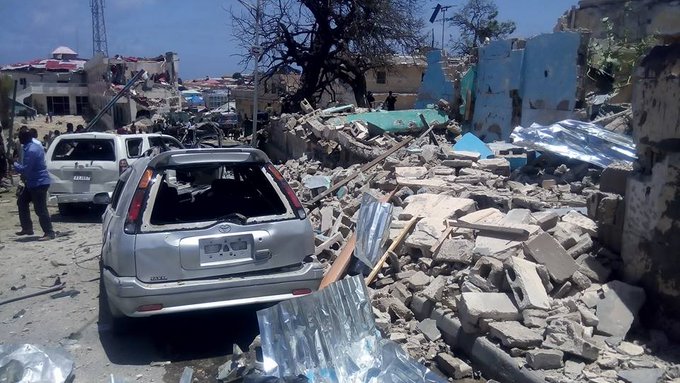 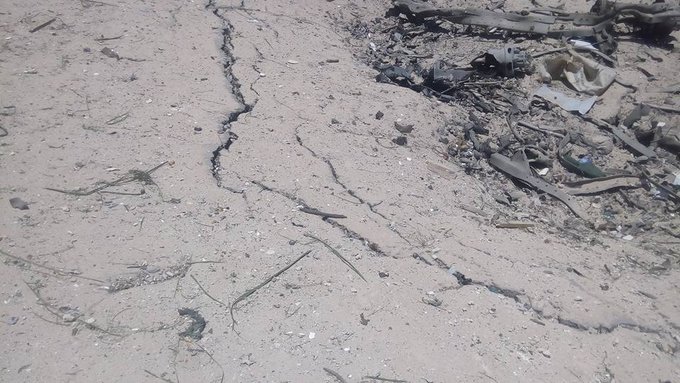 Among those injured in the blast are two government ministers, two parliament members and two journalists who were inside the hotel at the time of the explosion.

Al-Shabab militants often attack hotels in Mogadishu, as these are popular meeting places for government officials. The group attacked the SYL hotel in February, killing at least nine people.

A suicide bomber has detonated an explosives-laden truck near the gate of Somalia’s presidential palace in the capital on Tuesday, killing at least five people, police say.

Some Cabinet ministers at the SYL hotel were among the injured, said Hussein. The blast damaged nearby hotels often frequented by government officials and business executives, he said.

The explosion was heard across Mogadishu, and smoke was seen billowing over the area of the presidential compound.

Somalia’s Islamic extremist group al-Shabab has claimed the responsibility for the blast, according to the rebels’ Andalus radio station.

The massive blast has left a trail of destruction across the hilltop presidential complex and to nearby hotels. The bombing tore into blast walls protecting hotels and blew off the roofs of nearby houses.

“Security forces tried to stop the bomber who used back roads before he sped through checkpoints near the presidential palace and detonated the bomb,” said Col. Ali Nur, a police officer. “He reached near the gate of the state house with flat tires.”

While al-Shabab has been ousted from most of Somalia’s cities, it continues to carry out bombings and suicide attacks, notably in the capital.

In late July, two al-Shabab suicide bombers detonated explosives-laden cars outside the office of the U.N.’s mine-clearing agency and an army checkpoint near the African Union’s main base in Mogadishu, killing 13.

Other attacks have targeted hotels. In June, extremist gunmen stormed the Nasa-Hablod hotel, killing at least 14. Two weeks before that, extremist gunmen killed 15, including two members of parliament, at the Ambassador hotel.

A suicide bomber detonated an explosives-laden car at the SYL hotel in Somalia‘s capital, Mogadishu, close to the Presidential Palace, Garowe online reports.

The suicide bombing caused huge blast resulted in at least 5 deaths, including civilians and government forces and other wounded in the attack.

Huge blast hit the capital Mogadishu said that some local journalists and the Director of National TV might got injured in the blast, as the Hotel was hosting a conference on Security. Other unconfirmed reports said that armed members believed to be linked to Al Shabab group might stormed the hotel.

This is the third attack that SYL hotel witnessed by Al Qaida linked Al Shabab group in recent years, a terrorist group fighting the Somali Federal Government backed by the AMISOM forces.