Ethiopia has begun three days of mourning after at least 52 people were killed during a protest at a religious festival in the Oromia region.

Some died in a stampede on Sunday after police fired tear gas and rubber bullets, witnesses said.

Prime Minister Hailemariam Desalegn said rioters had caused “pre-planned mayhem” that led people to fall to their deaths in ravines.

He denied reports that the security forces had opened fire.

In a national address on state TV, he praised their “great efforts” to protect the public and blamed “evil forces” for the deaths, vowing to bring to justice those responsible.

Thousands had gathered for the religious festival in Bishoftu, 40km (25 miles) from the capital Addis Ababa.

The annual Irecha celebrations are an important festival by the people of Oromo in welcoming spring.

But crowds at the festival chanted “We need freedom” and “We need justice”, witnesses said.

‘Fell from a cliff’

Some participants crossed their wrists above their heads, a gesture that has become a symbol of the worst protests by the Oromo people in more than two decades.

The national flag is flying at half-mast at all government buildings regular programmes on state radio have been replaced with music, the AFP news agency reports.

One protester told the Associated Press news agency that he almost died after falling into a deep ditch as he was trying to flee.

He was pulled out but the first people who fell into it had suffocated, he said.

An Oromo activist, Jawar Mohamed, was quoted as saying that nearly 300 people had been killed and many more injured.

He said troops and a helicopter gunship had opened fire, driving people off a cliff and into a lake.

The government-affiliated Fana Broadcasting Corporate (FBC) reported that people died falling from the cliff around the lake but it made no mention of a helicopter opening fire. 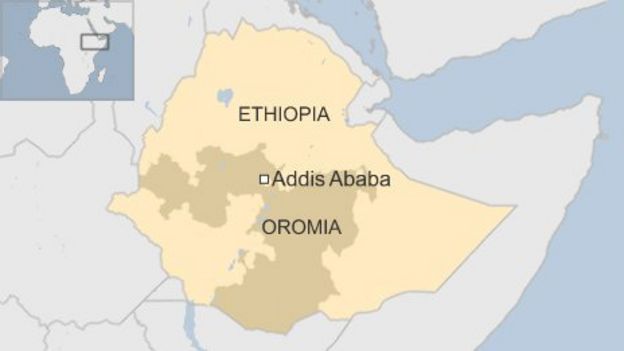 There has been a series of deadly clashes in Ethiopia in recent months.

People in Oromia and Amhara, two of Ethiopia’s most populous regions, have complained about political and economic marginalisation.

The US has expressed concern about what it termed the excessive use of force against protesters.

The unrest was sparked last November by a plan to expand the capital into Oromia. This led to fears that farmers from the Oromo ethnic group, the largest in Ethiopia, would be displaced.

The plan was later dropped but protests continued, highlighting issues such as marginalisation and human rights. 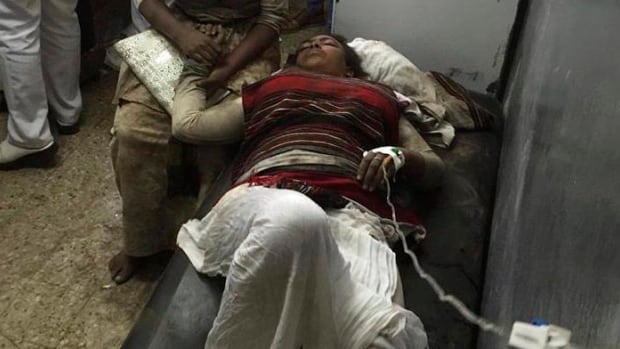 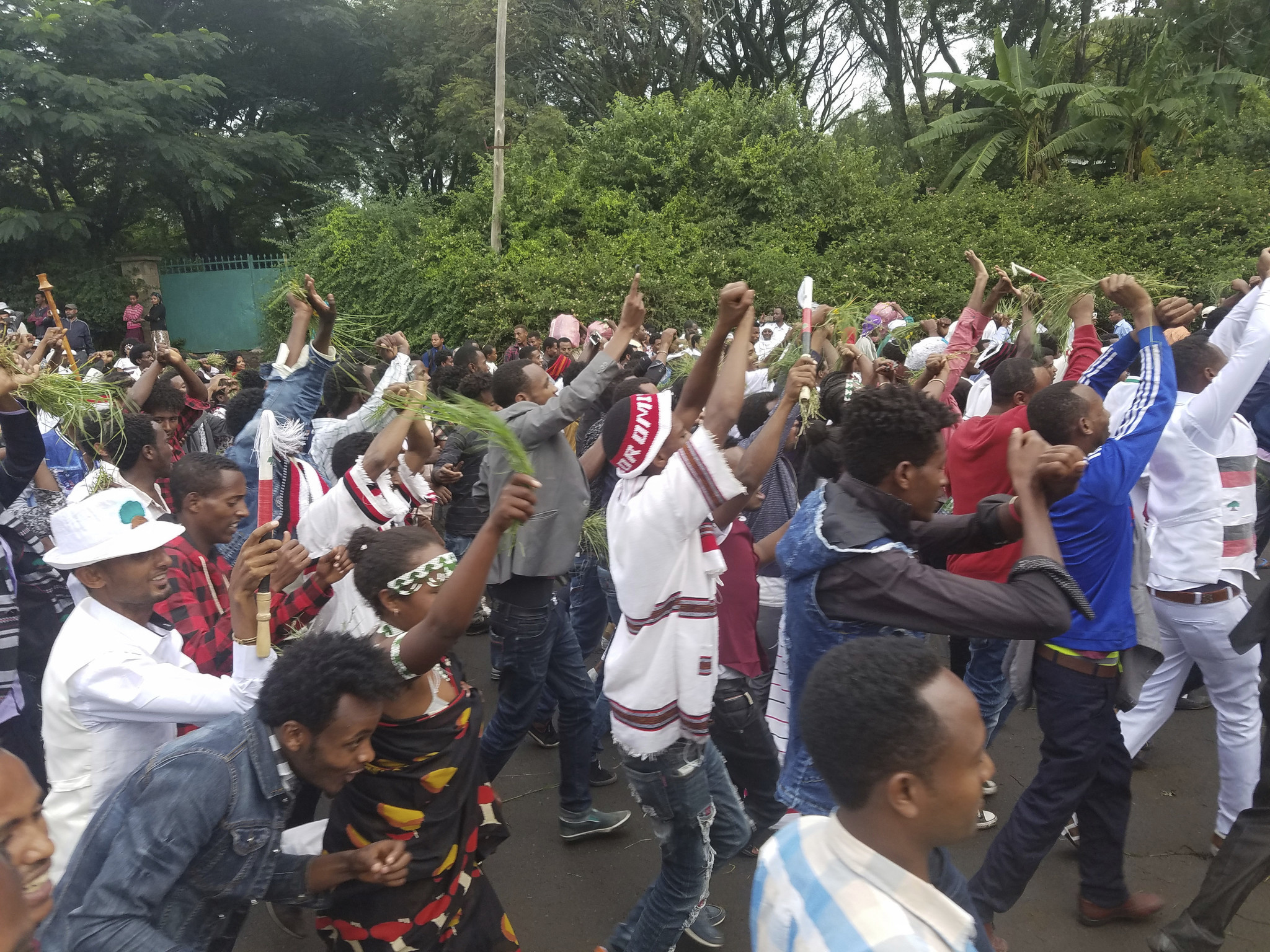