Charlie Nicholas described Mesut Ozil as “from another planet” after his brilliant individual goal secured Arsenal a 3-2 comeback victory against Ludogorets and a place in the Champions League last 16. 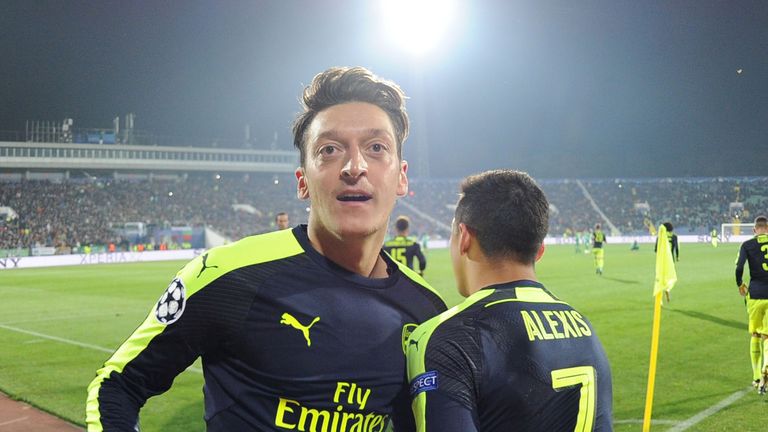 Arsene Wenger’s side, who had thrashed the Bulgarians 6-0 a fortnight ago, needed to come back from two goals down against a spirited Ludogorets side before Ozil secured all three points in the 87th minute.

Substitute Mohamed Elneny’s pass released the German international, who lifted the ball over the goalkeeper and rounded two defenders before slotting home and sealing Arsenal’s spot in the last 16.

And Nicholas, who watched Arsenal’s game for Soccer Special, was full of praise for the 28-year-old’s performance.

“Ozil was just different class.” Nicholas told Sky Sports. “He comes from another planet that no other Arsenal player has found yet.

Nicholas added: “He proved his point against Chelsea when they had stumbled for so long against Chelsea. He was a big player and scored a goal that day. 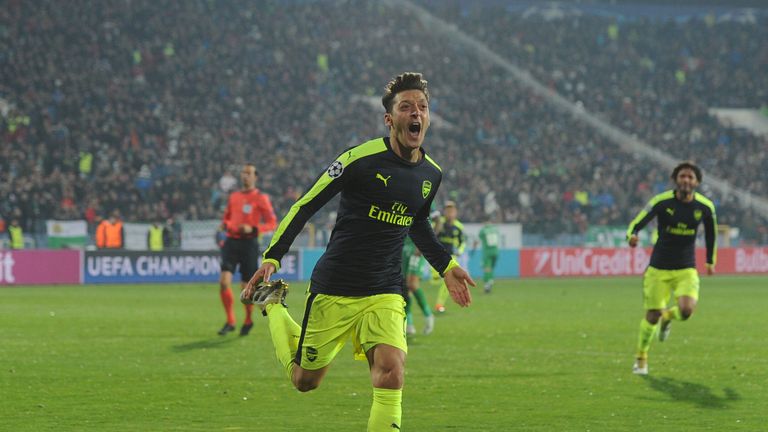 Mesut Ozil was just different class. He comes from another planet that no other Arsenal player has found yet.

“They are at Spurs at the weekend and then after the international break away at Old Trafford.

“These are must-win games where big-time players need to turn up for the big events.”

Arsenal were 2-0 down inside 15 minutes after goals from Jonathan Cafu (12) and Claudiu Keseru (15) but showed excellent character to fight back with goals from Granit Xhaka and Olivier Giroud just before the break.

They then found a way to win in the closing stages thanks to Ozil’s individual brilliance and Nicholas feels the Gunners are going from strength to strength this season.

“Overall, it is a team that, a year ago, would have felt sorry for themselves and felt it was not our night tonight,” the former Arsenal striker said.

“They got knocked back against Sunderland and more than deserved to win. To go 1-1 there and two down tonight, that’s a big change to what has happened at Arsenal.

“I think with the choices in the squad, Aaron Ramsey in the squad and Giroud playing tonight, they are going from strength to strength.”

Ahead of Sunday’s north London derby against Tottenham, Arsenal made five changes to the side that beat Sunderland at the weekend with Theo Walcott, Hector Bellerin, Santi Cazorla and Nacho Monreal all missing the trip to Bulgaria.

Lucas Perez, Per Mertesacker and Danny Welbeck are long-term absentees but Arsenal’s strength in depth was highlighted on Tuesday evening by the return to the starting line-up of Ramsey and Giroud.

“Arsenal have got that swagger about them,” Nicholas said. “Ozil is in top form, Sanchez and him are knitting together – you have got Giroud fighting too.

“(Theo) Walcott is pushing through with real pace, (Alex) is pushing for his position and Ramsey is back in.

“You are looking at Barcelona’s bench tonight and Real Madrid and Atletico and very few have the strength in depth that Arsenal have, but can they piece it all together and give it their competitive edge? Is this the time?”