The United Arab Emirates is seeking a formal permission from the government of the breakaway northern Somalia republic of Somaliland to establish a military base in the region, reflecting its growing ambition to assert itself in the horn of Africa region.

Having failed to win over Turkey, a long time strategic rival in Somalia, the UAE government had long sought an alternative base, picking Somaliland as its key base.  UAE had also signed a 30-year contract with Somaliland to manage its largest port, Berbera. 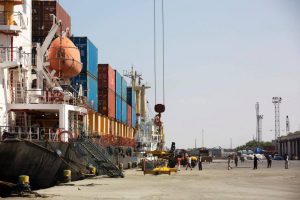 Berbera’s management by UAE is also parts of retaliatory measures against Djibouti which annulled the Dubai-based ports operator DP World’s terminal contract followed by arbitration proceedings by the Djiboutian government over alleged corruption by the company.

“It’s true that the UAE has submitted a formal request seeking for a permission to open a military base in Somaliland.” said Sa’ad Ali Shire, Somaliland’s foreign minister told reporters in Hargeisa, Somaliland’s capital Wednesday.

The move would likely enrage Ethiopia, a major ally for Somaliland which is the only country that opened an embassy in Somaliland. Other countries that have relations with Somaliland have merely maintained consulate missions in the enclave.

Ethiopia also assists Somaliland in maintaining security in Somaliland, a region often considering an oasis of peace in the volatile region.

“We don’t want to lose relations with both our partners Ethiopia and UAE, thus this is a worrying development and the issue of granting permission for the military base will be decided by both the president and the parliament.” He said.

According to officials, Djibouti’s government has repeatedly warned Somaliland leaders over their decisions to embrace UAE as a closer ally, by allowing UAE to maximize its strategic interests in the untapped horn of Africa market.