Travelers from the majority-Muslim nations of Syria, Iraq, Iran, Yemen, Sudan, Somalia and Libya were barred from entering the United States on Jan. 27 after President Trump signed an executive order enforcing new travel restrictions for 90 days.

The order, meant to reduce the threat of terror, excludes several countries — such as Saudi Arabia and Turkey — that have been accused of supporting extremist groups.

Seven majority-Muslim nations not impacted by the travel ban have business ties to President Trump, leading critics to wonder whether his policy is influenced by his business interests. Some have argued that Trump could dispel any perceived conflict of interest by divesting his assets and placing them in a blind trust. 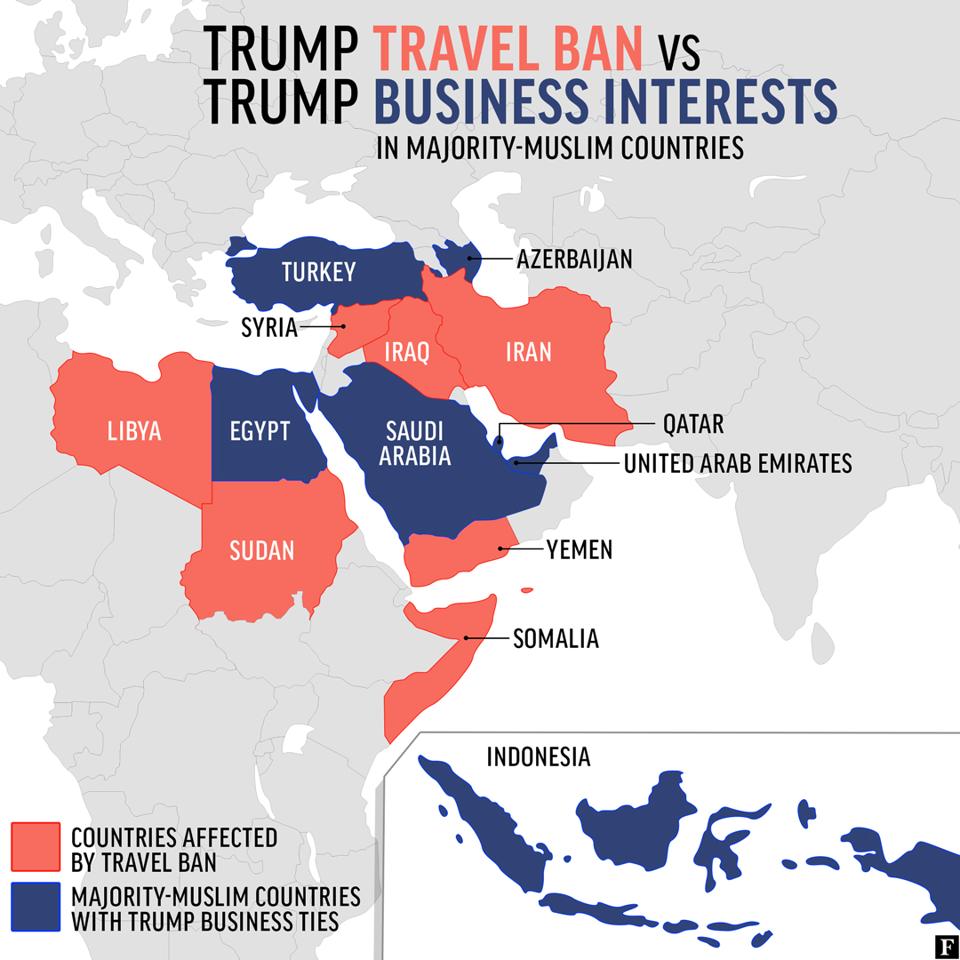 In Istanbul, Turkey, Trump entered into a licensing deal allowing his name to be used on two luxury buildings, earning him $5 million in 2015, according to Time.

In Indonesia, the country with the world’s largest Muslim population, two resorts sporting the Trump brand are in the midst of being constructed.

Trump also has a number of business ties in the United Arab Emirates, including luxury villas and a golf course. According to the Washington Post, plans to build a hotel in Saudi Arabia have been cancelled. However, Trump has had business dealings with Saudi Prince Alwaleed bin Talal Alsaud in the past.