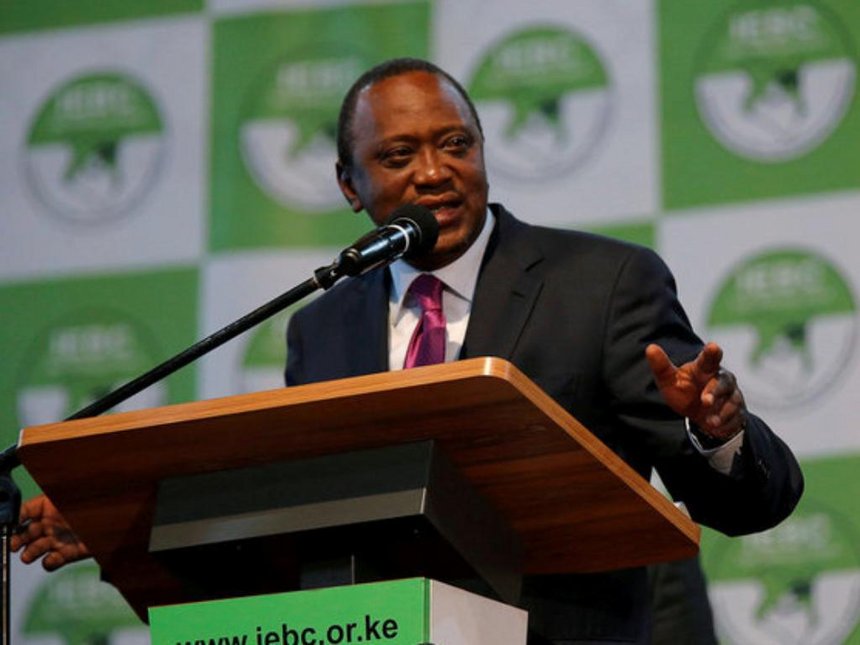 President Uhuru Kenyatta has disagreed with the Supreme Court decision to nullify his election for a second term.

“I disagree with the ruling but I respect it,” he said in a televised national address at State House moments after the Supreme Court ordered fresh polls.

Chief Justice David Maraga held that the electoral commission committed acts which were in breach of the Constitution and the Elections Act, 2011.

Uhuru said he has no otherwise but to abide by the law being a respecter of institutions.

The President said it was unfortunate that “six judges have decided that they will go against the will of the people.”

“Five or six people cannot decide the fate of 45 million people. Kenyans will decide because this is the nature of democracy,” he said.

Two members of the seven-judge bench dissented while a majority ruled that IEBC was wrong in the manner it conducted the polls.

The head of state said the judgement must not be misconstrued to mean that the government is at war with the Opposition.

“We ask every Kenyan wherever they may be to maintain peace. We are not at war with our brothers and sisters in the opposition.”

The President said he is ready to go back to the people and sell his agenda for reelection within the 60 days set by court.

Uhuru urged Kenyans to continue in the spirit of peace saying: “Take the hand of your brother and sister hold it and say peace.”