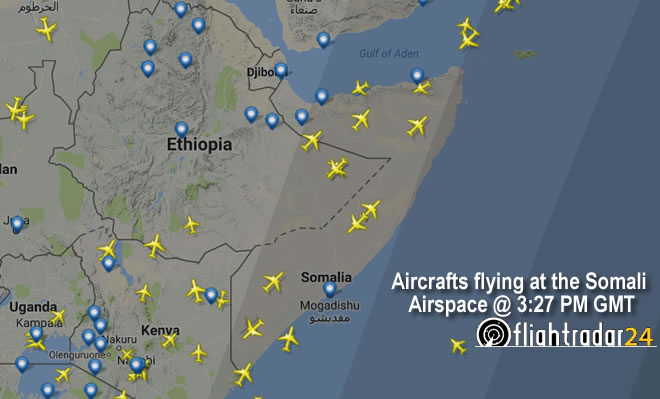 As the honorable Minister for Civil Aviation of Somaliland, Farhan Adan Haibeh, was speaking to the press upon his return from a meeting with his Somalia counterpart, Mohamed A Salad, held in Addis Ababa, relocation papers to ‘SOMALIA’ were being served to Somalia/Somaliland staff at the Flight Information Service Somalia (FISS) office in Nairobi.

Each of the Somali technicians stationed there, some going back to as far as 1993, was given a choice to either agree to the relocation and continue drawing benefits or opt out and be terminated immediately.

‘Following the Federal Government of Somalia’s (FGS) decision to relocate the ICAO-FISS Project in Mogadishu, ICAO/TCB has been requested to transfer the project subscribers from Nairobi, Kenya, to duty stations in Mogadishu, Hargeisa and Bossasso in Somalia’, the papers state. The date set to move the office from Nairobi to Mogadishu is ‘tentatively’ set at 31 October 2017 – some three weeks from now.

The move was authorized by Mr. Ivan Galan,  Director, ICAO Technical Cooperation Bureau, and was delivered by Mr. Carlos Mendez Guijaro, Head, Field Personnel Administration, and Entitlements, who, also, briefed the staff on the relocation terms.

Neither the FGS nor ICAO or its FISS office makes a distinction between Somaliland and Somalia, and only refers to Hargeisa as one of the cities of Somalia eligible for hosting technical staff transferred under the provision of the intra-country transfer clauses.

Neither was staff given a choice as to which station among the three (Mogadishu, Hargeisa & Bossasso of Somalia) did they prefer to be relocated.

Somaliland nationals among the staff thus relocated revealed that they had never been called, called to a meeting or received any kind of communication from the Somaliland government even though the minister visited Nairobi to meet the FGS minister. Likewise, no Somaliland official has ever visited the FISS compound or raised the issue of transfer of office to Mogadishu with it or ICAO.

Once the office moves to its new premises at Adan Adde International Airport, Mogadishu, the issue of sharing airspace control or the formation of a joint technical board to manage it is closed.

The FGS will be firmly dictating terms since control is being run from its seat following its protracted but ultimately successful negotiations with ICAO in which Somaliland has never played the least role.

And, yet, the Minister of Aviation for Somaliland has, once more, chosen to conceal the fact of the imminent office relocation to Mogadishu from the Somaliland public.

The government of Somaliland did not explain, either, why it has downgraded its talks with Somalia government to a ministerial level without any international moderators present as has been raised by some nationals on Twitter.

READ: SL and Somalia to establish A Joint Techincal Committee on Airspace Control

Waddani political party has criticized the weak role the government played on the ongoing process to transfer the control of Somaliland airspace to Mogadishu, citing the intransparent travels Minister Haibeh was frequently making to Nairobi and Addis Ababa in relation to the issue in order to meet FGS officials headed by incumbent counterpart ministers.

It remains to be seen how the Minister plans to wriggle out of this predicament he placed the nation, and how, if ever, the relocation can be annulled at such a short time and at a time the Republic of Somaliland was undergoing a critical transition.