Home Opinion/Analysis A Traditionally Corrupt Somalia Has No Right To Claim Supremacy Over Somaliland... 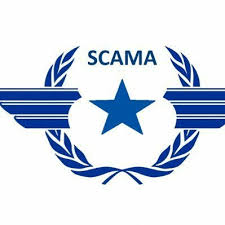 Now, it has been in the news for the past few months that ICAO has agreed to transfer all civil aviation responsibilities to the newly crowned government of Somalia presided by Mr. Farmajo. ICAO currently manages the airspace from Nairobi Kenya, which was the case for almost 25 years now.

This new government and its predecessor pushed and demanded the airspace management to be relocated to Mogadishu from its current location, in a desperate state to prove itself and pose as the long-awaited Messiah of the Somali political arena.

This was all done without the consent of the Somaliland government with which they share the airspace matters. The move totally and blatantly ignores the Istanbul Communique which laid down conditions such as making the capital Hargeisa the headquarters of the joint civil aviation organization.

To make matters worse the Somali government has already started to inject their “mooryaan” like governance tactics to the already weak management of the project, the recruitment and promotion functions of the project is heavily influenced by the decisions of the Somalia government and its officials.

Furthermore, according to inside information I acquired from a person close to the Aviation Ministry of Somalia, nepotism is fast becoming a norm: “The project is already recruiting and promoting staff not by credentials but by tribal proportions and ratios, this was not the case before as all recruitment underwent a rigorous process of exams, interviews and short listings – at least that was the case when they recruited from Somaliland,” said the informant, who shall remain anonymous and which we shall name Mr. X from now onwards.

To make matters even worse than it is, this informant has shared with me, there is an astonishing fact whose details are just surfacing that will surely make all decency a matter of fiction, unraveling the depths of corruption and immorality to which Mogadishu –  a past master in the art – can descend to.

During the last three months after the Somali government succeeded to persuade the Project management and ICAO to transfer the project, came training opportunities that the staff was to go to Italy in order to acquire the technical know-how of the newly bought systems by the project to ease the transfer processes. As well as another training that was to happen in Canada also pertaining to technical knowledge required for the development and function of the civil aviation.

Speaking of these matters  Mr. X said “there were about 20 people from the staff, selected to go to Italy for training in two patches, and another patch mainly selected from the heads of each department that was to go to Canada.

the first patch to Italy and the heads of departments that were to go to Canada was scheduled to depart a month ago, but due to visa ‘complications’ they are still stuck in Nairobi, the first patch to Italy was purely selected by balancing the different tribes instead of departmental credentials. But if that wasn’t awful enough it gets even worse”.

Asking myself what was worse than that i inquired of Mr. X to elaborate, continuing he said: “There is now information that resurfaced recently brought into light the corruption this new influence from the Somali government has brought in that, the government sent 6 people that were not from the staff to Canada, under the guise that they were the expected departmental heads. What is laughable is that these six people were not actually in any form governmental staff but random people that were sold the visas, it wasn’t a surprise then when they escaped once they were in Canada probably to seek asylum from the Canadian government, an extreme case of the corruption expected from a hectic infant-like government like that of Somalia”

“Now in the case of the remaining patch that is intended to go to Italy, it is rumored there are 10 people ready to replace them in Nairobi as we speak, waiting to be sent to Italy disguised as staff members so that they can enter Europe from there as well”

Mr. X has further told me that there were staff previously sent to Italy when the previous president was incumbent, they dutifully returned to their stations after they finished the training but the Italian government has recently inquired the government whether they knew that there were two people that went with the staff to Italy but did not return rather escaping to Europe, it is no surprise those two as well where sold the visas by the previous governments officials. The shame!

It is very strange that a government that tries so hard to act as the saviours of the somali people are actually scandalously employing such bizarre tactics behind the curtains. It comes naturally then to question their integrity as a functioning government and whether they are able to develop the country let alone managing a minuscule function of the government such as the civil aviation.

If the governmental officials in Mogadishu are stealing from the same people they are supposed to work for by trying to profit from training opportunities required to better equip Somali human resources so that they can serve their people, then no hope can be expected from them, and their endeavours to mesmerize the masses through the media is but a mirage.