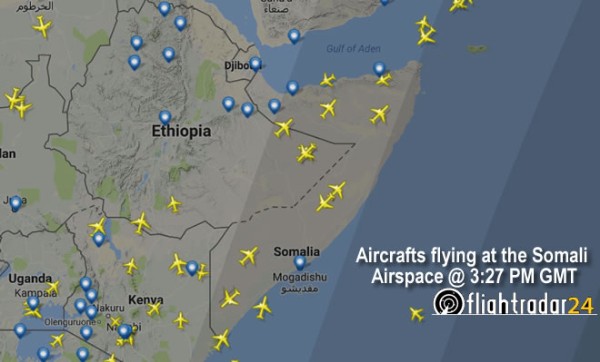 In a strong cautionary warning that the country’s Foreign affairs minister Hon. Dr. Sa’ad Ali Shire has registered, the government of Somaliland will never accept the move at all.

This comes after Somalia announced that they had regained control of the air control since it disintegrated in 1991 in a function attended by its President Mr. Farmajo.

Quoted in the local media following a press probe, Hon. Shire stated that the territorial integral rights cannot be infringed by ICAO which is a United Nations body hence Somaliland will register its strongest rejection of the move.

Given that ICAO had run the Somalia/ Somaliland airspace for almost 27 years on behalf of both countries, an arbitrary move to give the rights to only one was completely out of order.

The foreign minister was noted as saying that numerous agreements were made in various talks in 2011, 13, 14, 15 and 2017 in a tripartite manner that involved both countries.
Hon. Shire said that the international community (IC) was aware of Somaliland’s defacto stature hence it reserved the rights to guard its own air, land and sea (water) borders.
He said that if the IC takes to support the infringement of SL’S territorial rights, the country would take its cue as deserved.

Meanwhile, the just removed foreign aviation minister Mr. Farhan A. Heibe said that the Somalia government was playing a cat and mouse game hence denied that air control has been arbitrarily given to the Mogadishu government.

He described the reported ICAO move as a ‘Fake News spin done by the Farmajo government to endear his administration to the people.

Talking to the local press he said that similar moves were made in not less than 9 times, five of the latest of which he had rebutted to their chagrin.
He held that this time was yet another political gimmick they were playing and warned that Somaliland had the capacity to retaliate and would use it if necessary.
He assumed that ICAO had not really handed over the control but the function was that of the inauguration of aviation appliances upgraded in Mogadishu.

The President of the Republic H.E. Muse Bihi Abdi just established the National Civil Aviation Authority soon after taking the country’s leadership and dissolved the ministry of aviation and by thus placing the department under the transport docket.

Given that the Head of State is a trained aviator who has been a prominent veteran of Somaliland’s aspirations as a nation and a top guerrilla leader fighting for the re-assertion of the country’s independence it is the nation’s belief that he will prevail and triumph in the tug-of-war with Somalia.