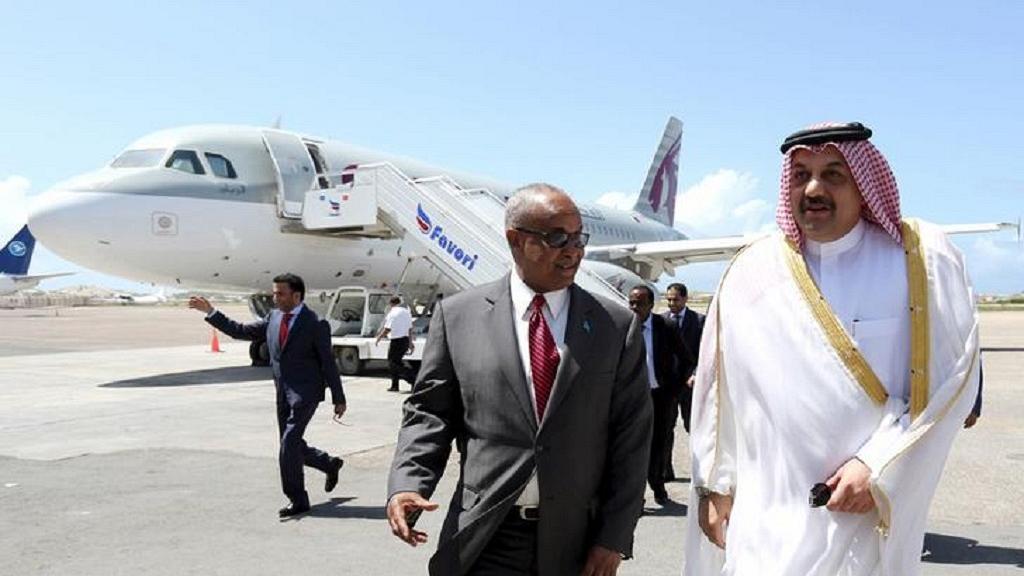 As Somalia seeks to ease tensions with the United Arab Emirates (UAE), Qatar which is seen to be at the center of the fallout of the two nations, has donated 30 buses and two cranes to Mogadishu regional officials.

Relations between UAE and Somalia have been steadily declining since the latter’s decision not to cut ties with Qatar, preferring to take a neutral position in the dispute between Saudi Arabia and Qatar.

In March, Somalia banned UAE’s DP World from doing business in the country after it nullified an agreement the company had entered into with Ethiopia and Somaliland for the management of Berbera port.

One week ago, Somalia intercepted a plane chartered by UAE diplomats and confiscated $9.6m cash, saying it would investigate the intended purpose of the funds.

UAE retaliated with a scathing statement describing the seizure of the money as a breach of diplomatic protocols.

Both countries have separately issued statements ending a military cooperation program that was started in 2014, where UAE was training and paying some members of the Somali army.

On Monday, it was reported that another UAE plane had been prevented from leaving Bosaso airport by Somali officials after Emirati military trainers refused to hand over their luggage to be scanned and searched.

VOA has also reported that the Somali government on Monday opened conciliatory talks with UAE leaders.

Somali Foreign Minister Ahmed Isse Awad is quoted to have said that ‘talks have begun between the top leadership from the two countries and are progressing well.’

According to the minister, UAE had explained the purpose of the funds and will work with federal government of Somalia on their utilisation.

Mohamed Moalimuu, Secretary General of National Union of Somali Journalists, tweeted on Tuesday evening that the country’s legislators had been summoned to return to duty, supposedly to discuss the UAE dispute.