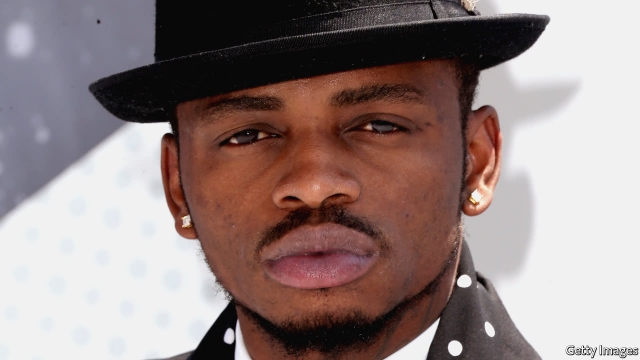 Some governments are muzzling social media—except when it supports them.

IN THE West, when celebrities post revealing videos on Instagram, they may find themselves mocked by tabloids and gossip websites. In Tanzania, they can be arrested. On April 16th Diamond Platnumz, a Swahili rapper (pictured), known for such ditties as “Bum Bum”, was arrested after posting a clip of himself kissing a woman. According to Tanzania’s information minister, Harrison Mwakyembe, Mr Platnumz’s “indecency” fell foul of a new law intended to regulate social media. It is part of a growing trend of African governments trying to control what is said online.

Tanzania’s vaguely worded law, which came into effect last month, seems to require almost anyone who publishes content online in the country to buy a licence for 2.1m Tanzanian shillings (around $900). The government says its aim is to fight “immorality” and hate speech. No one imagines that political speech will be spared. Any content “that causes annoyance, threatens harm or evil, encourages or incites crime, or leads to public disorder” can lead to a writer’s licence being revoked or a 5m shilling fine. A similar law, introduced in 2015 and ostensibly aimed at cyber-criminals, has ensnared people for insulting the president in WhatsApp groups.

Other east African states are tightening up, too. Uganda’s government has proposed a daily charge for social-media use on mobile phones of 200 Ugandan shillings ($0.05), to reduce what President Yoweri Museveni (a prolific tweeter himself) calls excessive “gossiping”. In 2016 Rwanda made it illegal to cause “annoyance, inconvenience, or needless anxiety” with a digital device, but journalists were already cowed. One was arrested for complaining on Facebook about police harassment. Even in Kenya, where there is more freedom of speech, restrictions were mooted ahead of last year’s election. In January, a prominent Kenyan blogger, Cyprian Nyakundi, was arrested for allegedly defaming the interior minister.

Internet penetration in much of Africa is still low, but it is growing quickly. In Tanzania, roughly 23m people (out of a population of 55m) used the internet last year, according to the government. That was up 16% on 2016. As more people get access, the elite are being challenged like never before, says Nanjira Sambuli, a Kenyan activist.

Will the new laws silence digital dissidents? Uganda’s charge can probably be collected directly by mobile-phone operators—but it is unlikely to stop people from gossiping. The effect of Tanzania’s law will depend on how the government enforces it. In a country with an annual GDP per head of just $900, few bloggers will pay the fee. But, as Mr Platnumz has found, the law can be used to arrest people for posting nearly anything online. To improve enforcement, the government has proposed installing CCTV cameras in internet cafés.

Some of Africa’s savvier leaders have made the internet work for them. Uhuru Kenyatta, Kenya’s president, hired Cambridge Analytica to help him get re-elected last year. The British firm is under fire for obtaining data on millions of Facebook users in dubious ways. One of its executives boasted of writing “all the speeches” for Mr Kenyatta and having “staged the whole thing”. Facebook and Twitter messages, not necessarily associated with the campaign, promoted fake stories and targeted Mr Kenyatta’s challenger. All over Africa, anyone is free to slime the opposition.