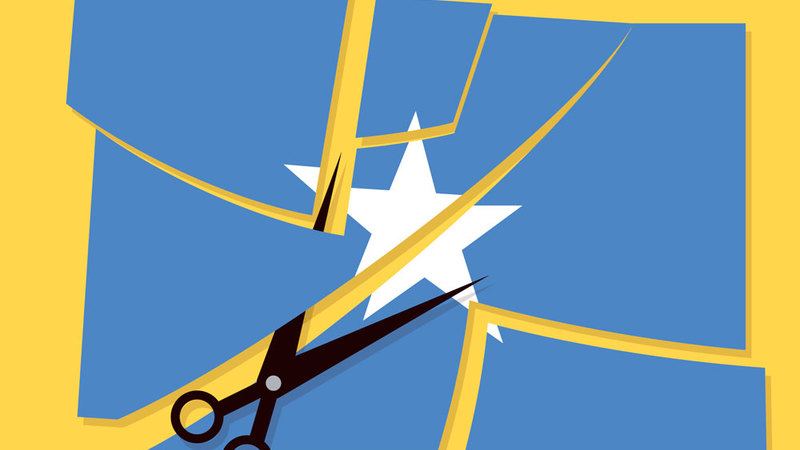 For nearly three decades, the holy grail of politics in Somaliland has been its quest for international recognition. Somaliland is not its own country — not officially, anyway — but it wants to be. It operates with complete independence from Somalia proper, under whose sovereignty the territory technically falls, and it boasts all the trappings of a modern state: a flag, a national anthem, a currency, an army, a Constitution.

But despite Somaliland’s stellar track record of stability and economic growth, the territory’s pleas for recognition have fallen on deaf ears. The international community, prioritising its own geostrategic considerations, has consistently preferred to reinforce a succession of unstable governments in Mogadishu, leaving Somaliland to fend for itself, for the most part.

Political theorists hypothesise that Somaliland’s success comes not despite this international isolation, but because of it; that the absence of aid money and one-size-fits-all development plans has allowed it to develop a home-grown democracy that actually works for the community. Nonetheless, Somaliland remains desperate to end this isolation — and it just might be on the brink of doing so.

Finally, global geopolitics is working in its favour. The bitter divisions in the Middle East have spilled over into the Horn of Africa, forcing governments to choose sides. Somalia’s federal government, propped up by African Union (AU) peacekeepers in Mogadishu, is aligning itself with Qatar and Turkey. This has forced Saudi Arabia and the United Arab Emirates to go searching for other Somali partners — and Somaliland can barely contain its enthusiasm.

Already, even as the UAE has withdrawn from a military training arrangement in Mogadishu, it has reached a deal to build a military base in Somaliland’s Berbera port; while Emirati behemoth DP World will operate the commercial facilities there. According to one report, the UAE is now accepting Somaliland passports.

It’s not just Somaliland, either: the president of neighbouring Puntland, a semi-autonomous region with much closer ties to Mogadishu, recently jetted off to Abu Dhabi for a meeting with senior Emirati officials, suggesting that it too has taken the side of the UAE and Saudi Arabia.

In Hargeisa, Somaliland’s booming capital city, the government is daring to dream: could the territory be on the brink of receiving their first official recognition as a sovereign entity? The worse relations get between Abu Dhabi and Mogadishu — and they are deteriorating further by the week — the more likely that seems. And where the UAE goes, other countries may follow, given the Emirates’ considerable influence in the region.

The international recognition that Somaliland craves is closer than ever before.

If only the poets would shut up.

Poets like Naeema Qorane, who was sentenced last week to three years in a Hargeisa prison. Her crime: “anti-national activity of a citizen and bringing the nation or state in contempt”.

In her verse, Qorane waxes lyrical about Somali unity; the fabled soomaalinimo, the essential Somaliness that binds all Somalis regardless of whose borders they live in. It is a concept embraced wholeheartedly by the federal government in Mogadishu, even finding expression on its flag: against a light blue background, the five points of the white star represent Somalia’s five historic regions, including territory in Kenya, Ethiopia and Djibouti. One day, Mogadishu would like to have all that back.

Poets occupy an exalted position in Somali society, which until 1974 was an almost exclusively oral society. “Poets carry our heritage and our history. That’s how we send messages. Poetry is the centre of the identity of the Somali people,” said Guleid Ahmed Jama, the chairperson of Human Rights Centre and a lawyer.

In the battle of ideas, poets are always on the frontline. “Poetry is an important vehicle for different political positions: some may emphasise the value of soomaalinimo whilst others might praise the achievements and independence of the breakaway Republic of Somaliland. These poetic expressions and confrontations are taken up by younger generations and play out in many different locations — both offline and across dynamic and transnational Somali social media,” said Pete Chonka, a lecturer at King’s College London and a long-time student of Somali poetry.

So when Qorane, and others like her, preach soomaalinimo, Somaliland’s government interprets it as an attack on its own nation-building project — even when Qorane never mentions Somaliland explicitly. And this is deemed enough of a threat to jail her, even if doing so means violating basic civil liberties.

“I think the Somaliland government is not respecting the Constitution,” said Jama. But it’s even worse than that, he adds: to convict Qorane, the courts relied on the old Somali penal code, a legal remnant of a unified Somalia. Apparently, Somaliland is not so averse to abusing the notion of Somali unity when it suits them.

There is grave danger here for Somaliland. The territory is so close to achieving its ultimate goal of international recognition: is now really the time to trample on free speech, on human rights, on the rule of law — all the values which have for so long underpinned this rare success story in the Horn of Africa?

President Muse Bihi may be aware of the danger, at least. Following a huge public outcry that followed Qorane’s conviction, unconfirmed Twitter reports suggest that he has now pardoned the poet. Even if true, this will not be the last test of Somaliland’s principles

Somaliland is nearer to its holy grail than even before. But it doesn’t take a poet to know that sometimes holy grails turn out to be poisoned chalices.