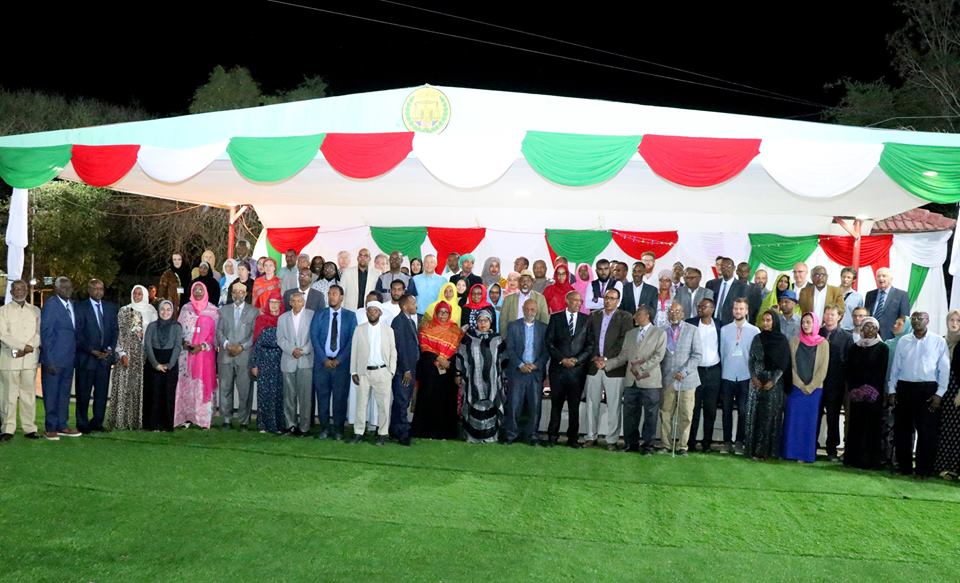 His Excellency the President of the Republic of Somaliland, Musa Bihi Abdi, showed frustration in the absence of diplomatic recognition to his country on the part of the international community despite the monumental strides Somaliland has taken towards development since it re-possessed its 1991 independence from the collapsed union with Somalia of 1960.

Although the President may not have meant it, the underlying disappointment crept into how he enunciated the welcoming words he used which underlined certain phrases at a banquet he threw for national and international participants of the 11th Hargeysa International Bookfair which opened in the capital, Hargeisa, on Saturday, 21 July.

“Welcome to a country that has made peace and stability for its people possible on its own,” he began. “Welcome to a country that is peaceful, democratic, which follows a developmental vision, that peacefully coexists with the outside world, which is desirous to fully cooperate with the international community but, yet, is not diplomatically recognized by the world although it recognizes itself in the full knowledge that one day everyone else will,” President Bihi articulated.

“Twenty-eight years ago,” he added “Somaliland started from a most daunting point. Since then it has become an uncontested master in the art of conflict reconciliation, nation-building and the creation of a tolerant atmosphere conducive to mutual coexistence without a tangible support from the international community”.

The President stated Somaliland experience on mitigation of hostilities could be exported to benefit conflict-debilitated communities.

” Somaliland expertise on this score could be advantageously used by the world such as neighboring Somalia which has been crippled through the same years by a myriad of problems stemming from an absence of a workable reconciliation mechanism”, the President pointed out.

President Bihi concluded by calling out peace to the region, extending yet another olive branch to administrations such as that of Puntland of Somalia, although he did not mention anybody by name.

The eleventh Hargeysa Book Fair, expected to end Thursday, attracted renowned writers, film-makers, literary giants and artists of differing talents and strnegths coming from over 27 countries in the world. This year’s guest of honor was Rwanda.