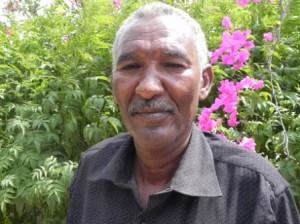 His Excellency the President of the Republic of Somaliland, Musa Bihi Abdi, expressed sorrow on the death of MP Jama Farah Ahmed, popularly known as ‘Jama Riyo, who, Sunday, passed away at the Hargeisa Group Hospital.

The MP has been ill for some time now and was returned from Addis Ababa where he was on treatment for a few weeks.

“Not only his immediate family has lost a man of great stature but the whole nation is in grief,” the President said.

President Bihi, accordingly passed his condolences to the Somaliland nation, family, friends and colleagues in the field of legislature and entertainment fields.

Prior to, and since he joined the Upper House of the Somaliland bicameral parliament in 2005, Jama was a well-known respected member among the Somali entertainment, culture and playwright circles.

Since the early 80s, when he joined the Custodial Corps artiste band in Mogadishu, Somalia, Jama’s reputation as a singer, songwriter and actor has seen strength after strength.

Jama, as a legislator, was active and a dependable voice on issues that touched social welfare which he relentlessly, fearlessly always championed beyond the call of duty.

Jama was born in 1959 in Burao, Togdheer region, and was laid to rest in state in Hargeisa today.