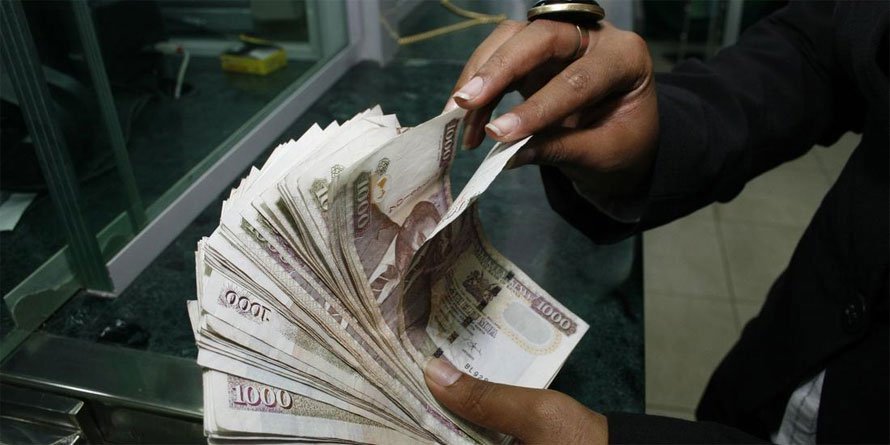 Reports that Kenya Railways (KR) has allowed 10 private firms in Mombasa to borrow more than Sh45 billion from local commercial banks using its leases is, to say the least, disturbing.

While we appreciate that leases are legal documents, and may be transferred to third parties anytime during the contract period; using strategic public land as collateral for long- term loans calls for a great deal of caution.

Without doubt, the core business of KR is transport. That can only imply that KR acquired the plots in question for purposes of boosting its core mandate. It is therefore not by coincidence that the leaseholders mainly include logistics-related firms such as warehouse operators, engineering entities and cargo handlers.

When these private firms begin to secure long-term loans using the leases, the question that should come to mind is what happens in case of debt default. Obviously, the commercial banks will ultimately auction the leases in their possession, but cannot force new lessees brought on board to stick to the business lines that are strategic to KR.

Think of a firm like Grain Bulk Handlers which has secured a Sh20bn loan using four KR plots yet it currently enjoys monopoly of grain clearance at the port of Mombasa. Picture an eventuality that forces it to lose its lease agreement to a firm that is not interested in its line of business. That can compromise national food security as import of rice, maize and wheat at Mombasa port get grounded.

But KR may just be a microcosm for a bigger mess. Most State agencies neither have inventory nor valuation of their assets. When Head of Public Service ordered state corporations to file details of land in their possession, only 27 out of 150 entities were able to comply within the deadline.

Kenyans have also watched previously as parastatal chiefs summoned on suspected cases of land grab show up in Parliament without crucial documents about the property in question.= That perhaps is why a firm is able to borrow billions of shillings against a property for which it pays annual rent of Sh3.3million. Parliament must take steps to safeguard public property.

Why Kenya needs a credit policy and change of attitude

Most people recognise a turning point or a tipping point only with hindsight. The Central Bank of Kenya’s last monetary policy committee (MPC) decision on May 28,2018 set the pace on how modern macroeconomic policy mix and coordination relates to Kenya, how we can build consensus on the monetary and fiscal sides, scale up periodic reviews, and target predictable results for the medium-term.

It proposed easing of monetary policy and tightening fiscal policy, premised on analyses from past and prevailing economic conditions for medium-term growth and stability. That is why current developments on Kenya’s fiscal side looked ominous in the run-up to the MPC meeting of July 30, by taking chances and contradicting the policy mix.

Of course, different economic circumstances could call for other policy combinations: if projections point to economic slowdown, recession, slump or threat of deflation, with prospects for mass loss of jobs and output, the appropriate policy mix is a stimulus to revamp investment and consumer spending. Both fiscal and monetary policies then are expansionary. This prevents the slump/deflation and rebuilds output growth in the medium term of three quarters or up to several years. In fact, Kenya employed this exact policy mix during the financial crisis of 2009, emulating US policy mix, with good results.

In the US, to avert a Second Depression, monetary and fiscal authorities kicked in a policy-based expansionary fiscal and monetary stance. Kenya also implemented an appropriate mix in the 2009/10 Budget, where the government, with the current President as Minister of Finance, implemented a fiscal stimulus while interest rates remained relatively moderate at about 14 per cent.

Why is fiscal policy in the Budget 2018-19 off the scales in macro-coordination script? The CBK’s landmark policy mix proposition of May 28 was to rein in a ballooning public debt and fiscal deficit, ease the current account deficit and address and rebuild the Kenya Revenue Authority’s chronically poor revenue performance.

An accommodative monetary stance and fiscal tightening means we ease public borrowing, enhance private sector credit and thus switch output growth from the public sector to the private sector in the medium term.

The 2018-19 Budget and subsequent Appropriations Bill unabashedly toss out the coordination in new ambitious borrowing, spending, a raft of investor-unfriendly or consumer-hurting taxes, and a poorly-designed fiscal consolidation. In ideas, few come through to spearhead and finance the President’s “Big-4” strategy for growth.

Fortunately, the President, with the IMF’s recent review in the background, has taken a stance to rein in fiscal spending, while promoting the “Big-4”.

The anti-corruption campaign will help in the same direction to strengthen the policy mix proposed by the CBK in the last MPC meeting.

Given the unmatching fiscal stance, smarter macroeconomics is needed urgently in the play. Why? The chance-takers choose rearguard actions strikingly akin to anti-Kenyan and anti-growth-and-stability threats. Officials dreading the recent IMF review of the performance of the economy drag their feet on acknowledging the realities of the IMF review, which include spending cuts.

While the report is yet to be approved, this does not exonerate the IMF from connivance. Why does Kenya accept the IMF bait of an inedible carrot, a mere precautionary Stand-By Arrangement (SBA) of $1.5 billion in support of the Kenya shilling? Yet, the Kenya shilling as per the last MPC, is strengthening.

Confidence in it now yields inflows of forex reserves deposits in local banks at a historic high of Sh514 billion, as per latest updated report from CBK. Formally recorded Diaspora remittances are inching towards $260 million annually, debt-free.

READ: Borrowers get credit score to negotiate cost of loans

What needs to change? Kenya needs a credit policy and change of attitudes. The government must remove the comfort it gives the commercial banking system in keeping liquidity (some of it public deposits) way above statutory requirements. Kenyan banks make most of their world-beating profit rates from lending to government in securities, rather than lending for private sector economic activity.

Moderated public borrowing would free the banks to graze in the fields of financial intermediation, where they would have to prioritize mobilization of savings to increase the liabilities side of their balance sheets.

They would have to comb and screen private sector loan applications on the assets side to earn their profits. And macroeconomic policy coordination would not only be easier to determine, but Kenya would be the better for it in economic growth and performance.