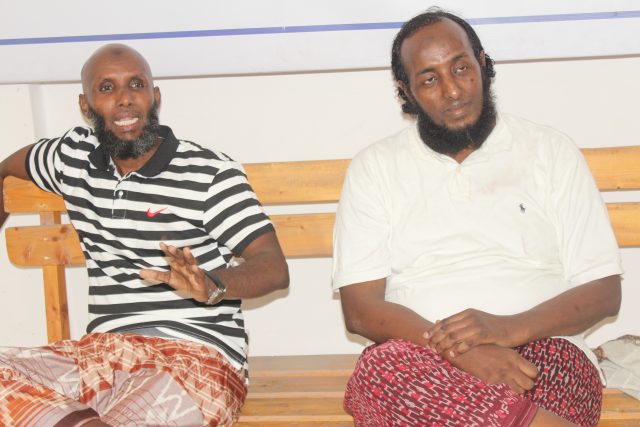 The first degree of Somalia’s Military court in Mogadishu on Thursday sentenced two men to 15 years to imprisonment for joining the Islamic State Group.

The chairman of the military tribunal, Hassan Ali Nur Shute has announced the verdict, saying Mahdi Mohamud Abu-Yasin and Mohamed Daud Warsame were given the sentence.

He said the two confessed that they were ISIS members and tried to establish an Islamic State splinter group in southern Somalia before they have been detained.

While Warsame was said to have been the head of the group’s medical department.

The pro-ISIS faction in northeastern Somalia is led by Sheikh Abdulkadir Mumin, a former al-Shabab cleric who pledged his allegiance to IS leader Abu Bakr al-Baghdadi in 2015.