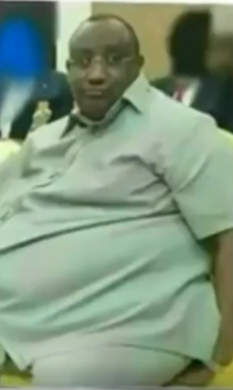 Two decades after its founding, Puntland is no longer a shining example. Under the political leadership of the current incumbent, President Abdiweli Gaas, cronyism, nepotism and corruption has not only taken root but flourished, permeating every tier of government. The blame rests squarely on the political leadership of President Gaas, who was elected over four years ago, on a mandate that promised so much but delivered so little.

The staggering scale of corruption and skullduggery in Puntland is unprecedented and President Gaas sits at the very top of this pyramid. There is a vast and extraordinarily intricate web of corruption which has been allowed to go unchecked under his leadership. His reluctance to confront corruption is primarily due to the fact that, in one way or the another, President Gaas and his supporters have much to gain from this murky and shadowy world of criminality, bribery and sleaze. Evidence of state complicity are too obvious to ignore. Tragically, it is the people of Puntland in particular and Somalia in general who are paying the highest price.

The highest of ironies is that President Gaas is a U.S. trained Economist with a glittering CV that boasts stints at Vanderbilt University, George Mason University and Harvard University. Rather than applying the extensive knowledge and skills acquired in these internationally renowned institutions, he has, instead, plundered state assets and lined up the pockets of his close family and sycophantic friends. He is a Guru when it comes to the printing of counterfeit Somali Shillings.

A great deal was promised in January 2014 when President Gaas promised reform on four key thematic areas: public finance, security, justice and the civil service. It is an open secret that President Gaas has shamelessly and miserably failed to deliver on any one of these reforms. His numerous public commitments during the election period and promise to guarantee free and fair elections in 2018/2019 were meaningless. It also indirectly led to the resignation of the then Minister of Constitution, Federalism and Democratization Ms Sahro Nuur (a renowned academic and political activist) in late 2014 as she quickly saw through the fake promises and breathtaking lies of President Gaas.

Even though the US needs a key ally in the fight against terrorism, unpaid wages are all too frequent, especially for Puntland security forces tasked with protecting the state’s territory. This is a massive security risk given the prominence of Al-Shabaab, and an emerging and emboldened ISIS operating in the Galgala Mountains. State resources which have been so grossly mismanaged could have instead been used to strengthen Puntland’s security forces which remain severely overstretched patrolling Puntland’s long frontier with South and Central Somalia as well as the long coast lines of the Indian Ocean and the Red Sea.

Unpaid wages provide extremists groups like Al-Shabaab with several openings to exploit as evidenced in the 2017 massacre of over 70 security forces by Al-Shabaab in Af-urur which is located in the Golis Mountains. This had never happened before and the blame for this massacre rests squarely on President Gaas.

More recently, the Director of Puntland Intelligence Agency Mr. Abdirizak Khatumi and Commander of Puntland Security Service General Abdullahi Ule were unceremoniously sacked by President Gaas after they exposed a massive cartel of weapons and oil to/from Yemen. The head of this lucrative cartel is said to be none other than President Gaas, his cousins Abdirahman Mohamud Haji Hassan (Swedish citizen) who is the current Director General of Puntland Marine Police Force, Osman Khadar Mohamud Haji Hassan, Abdirizak Burgal (US citizen), Bashir Abdullahi Gaas, Burhan Mohamed Gurey and Abdinasir Mohamed Gurey who is the Director of Finance at the State House (British Citizen).

In addition, Puntland’s main source of income, Bossasso Port, continues to be severely mismanaged due to the gross misappropriation of funds. Despite numerous reports of UAE investment across different sectors, including the extension of Bossasso Port, zero progress has been achieved. This begs the question: where does this money go? The tentacles of corruption reach deep into the current administration.

President Gaas also singlehandedly negotiated the deal with P&O in a plush hotel in Dubai and is believed to have pocketed over $21 million for blindly handing over Bossasso Port to P&O for 30 years. What is especially strange is that President Gaas appeared to wear many hats when the deal was inked: President, lawyer, port engineer, chief architect, elder, chief negotiator, chief financial expert, as well as chief navigator. This again begs the legal and mental question: does this man have the capacity to negotiate at all? It is indeed a documented fact that he has a history of hypomanic episodes with elevated grandiosity.

According to federal budget records, Puntland received $3.25 million from the Federal Government in 2015 and $4.5 million in 2016. None of these funds were ever received nor documented in Puntland’s treasury. It is public knowledge that President Gaas simply pocketed this money and is alleged to have bought more shares from Hormuud Telecom and Amal Bank.

Moreover, the circulation of counterfeit money in Puntland is at an all-time high. President Gaas is affiliated with several sophisticated and illegal operations in the region involved in the printing of fake notes. The operations are managed by a team of close family and friends as well as government and business associates. The irony here is that this team of thieves recently went to the Holy City of Mecca to perform Hajj in 2017. You cannot cheat Allah and get away with it. President Gaas, please stop desecrating the House of Allah with your shameless crimes!

Despite repeated calls for crackdowns by the Somali Federal Government (SFG) and the World Bank, these printing factories have been allowed to operate largely unchecked. This has had a devastating effect on the economy, resulting in dizzyingly high inflation rates, so much so that the currency is not worth the paper it is printed on. The lack of transparency and accountability has also meant that it is not uncommon for ordinary citizens to pay in dollars and be given change in Somali shillings due to presidential decrees, which are forcefully and shamefully applied.

An increased level of interest from new power players in the 21st century’s ‘Scramble for Africa’, including China and the UAE, with a keen eye to develop projects in Puntland, has also been leveraged by President Gaas and exacerbated the already high level of corruption in the state. The public tender process for lucrative oil exploration rights and fishing contracts remain uncompetitive and simply farcical. The Chinese company CCECC which is based in Djibouti was recently given exclusive oil and mineral exploration rights and fishing contracts after paying millions of dollars in kickbacks to President Gaas and his corrupt associates.

The current chaos in Tukaraq is simply a plot by President Gaas and his cohorts to extend his stay in power. The timing begs the question: why now? Intense campaigning and lobbying for extensions for both Puntland parliamentarians and President Gaas within Puntland parliament which is holding its last session before it is dissolved is ongoing. Their silly tactics are quite obvious and it is apparent as they want to prolong the fighting in Tukaraq as a way of justifying a two year extension by simply keeping troops in the frontlines, mobilizing the business community to cover the costs, and then declaring that the state is in for a long fight. This is wishful thinking on President Gaas’ part. In spite of Gas’ clandestine and voracious plunder of states resources, undoubtedly, Puntlanders who are known to be compos mentis, will never entertain it!

It is astonishing that Puntland is at a critical juncture. The current administration cannot continue operating in the way that it has. President Gaas has been allowed to act with impunity for far too long and must be stopped.

To that end, it is imperative that the US government investigate the numerous and substantiated claims surrounding President Gaas, who is an American citizen committing untold corruption abroad.

In accordance with the Foreign Corrupt Practices Act (FCPA), I implore the US government to investigate the allegations levelled against President Gaas and recover the (known) properties in the states of Virginia and New York which were wrongfully acquired by President Gaas through misappropriated funds. It is imperative that an independent investigation is conducted and that these assets are confiscated and returned to the people of Somalia. These assets are also scattered across USA, UAE, Djibouti, Ethiopia and Kenya.

The Department of Treasury Under Secretary for Terrorism and Financial Intelligence, Ms Sigal Mandelker, who was recently in Uganda, Kenya and DR Congo to discuss the freezing of the assets of the South Sudan leaders blacklisted by Washington over alleged corruption and fuelling of the conflict in the young nation, should conduct a similar trip to Puntland.

According to the counter genocide and anti-corruption lobby group Enough Project, Ms. Mandelker’s trip represented “an historic step for a senior Treasury official in engagement in sub Saharan Africa which can potentially make a major impact on these long-standing crises by showing how strategic tools of financial pressure can increase US leverage and mark a break from previously ineffective approaches.

” Enough Project also added that the top US official would highlight the need for Kampala and Nairobi to act against the laundering of proceeds of corruption from South Sudan into Uganda and Kenya. This must now be extended to Somalia as Somalia is epidemically bleeding from the gluttony of the likes of President Gaas and his cronies.

I call upon all decent Somalis and whistleblowers to directly contact Enough Project and Ms. Mandelker through their official websites. I can also be contacted to sign a petition directly.

The scale of the corruption in Puntland is breath-taking and has come to define President Gaas’ tattered and disappointing legacy. The administration is operating like a cartel and President Gaas the kingpin.

President Gaas has failed the people of Puntland and Somalia. He cannot be allowed to continue siphoning off public funds while stunting progress in Puntland. Leadership is not about business. Enough is enough.