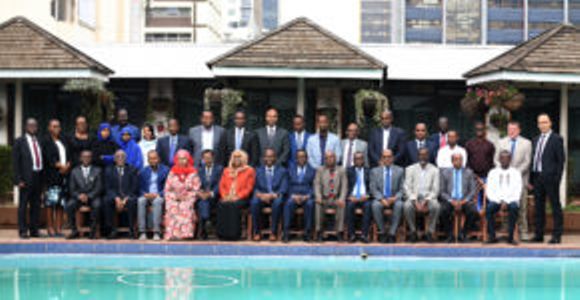 Somalia’s electoral officials, representatives of newly formed political parties, the Federal Government, the Federal Member States and other stakeholders, have convened in Kenya’s capital Nairobi, to further their knowledge on elections management, as the Horn of Africa country readies for the one-person-one-vote election in 2020.

The four-day intensive training supported by the African Union Commission and the AU Mission in Somalia (AMISOM), aims to build participants’ understanding of the constitutional and electoral legal frameworks for Somalia.

“It is important to get the electoral architecture of the country right, through a consultative effort,” Mr. Robert Gerenge, the Principal Advisor for Election Management Bodies, in the Department of Political Affairs of the African Union Commission, said during the official opening of the workshop on Monday.

The training has also been tailor made to raise the participants’ awareness on the impact of electoral systems on women, minorities and underrepresented communities.

“Somalia has been governed by a model based on clans. And it is important to move away from that model to a more convenient one. We do not have much time, but we hope to have an outcome that can help us move to a one-person-one-vote in a consultative and peaceful way,” remarked Senior Policy and Strategic Advisor in the Office of the Prime Minister Mr. Abdigani Jama, at the workshop, which was officially opened by the AU Special Representative for Somalia and Head of AMISOM Ambassador Francisco Caetano Madeira.

“Most of the participants in this training have very clear ideas on the complexity of the process and they are effectively discussing what needs to be discussed: How to go over and solve these complicated issues, how to confront the issue of clanism in Somalia, with its traditional cultural influences, where women’s rights are not necessarily what the general western conception is; or what the general democratic practice is, ”Ambassador Madeira said in his opening remarks.

The workshop has attracted 25 participants and is the third in a series, organised by the African Union Commission and AMISOM in support of Somalia’s National Independent Electoral Commission (NIEC).

“This progress made is in line with the AU Peace and Security Council mandate to AMISOM made in 2014 and is part of AU’s strategic objectives to support the Federal Government of Somalia to conduct general elections in Somalia in close collaboration with AUC (African Union Commission) departments,” explained Mr. Haji Ssebirumbi, AMISOM’s Senior Political Officer.

Through such workshops, the African Union hopes to inculcate a culture of inclusivity in the political participation and representation in the country.

“Everyone is in agreement including Federal Member States that a multiparty system, in which political parties contest in elections, is the way forward; and it is the easiest. This workshop is important to help us understand the various models of elections,” said legislator Fausia Mohamed, who is the chairperson of the NDP political party.

Participants said the workshop had provided them with a platform where they can exchange ideas; and learn other countries’ experiences. “We have previously requested the AU to support us in order to have a better understanding of all these electoral issues,” noted Mr. Sayed A. Mohamed, the Deputy Chairperson of Somalia’s electoral body.

Gen. Mohamed Warsame Darwish, the Jubbaland State Minister of Interior expressed optimism that the workshop would flesh out some of the contentious issues they struggle with as leaders.

“I believe our country is more complicated than other countries. It requires more time, more discussion and more understanding,” he said. 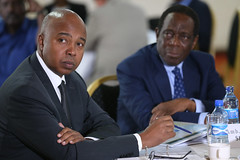 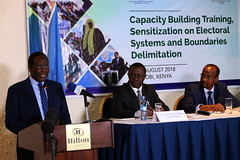 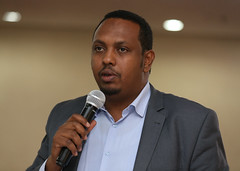 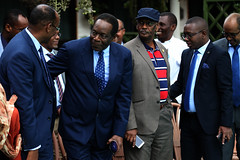 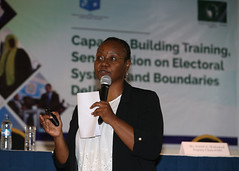 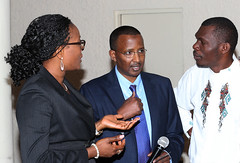 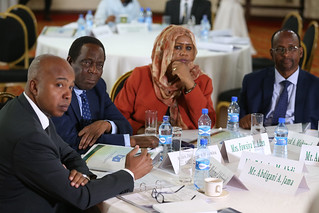 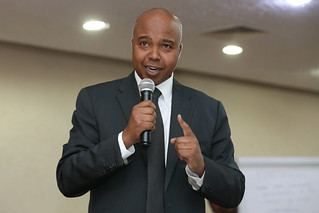 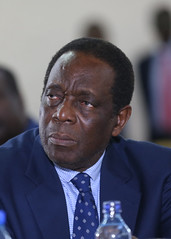 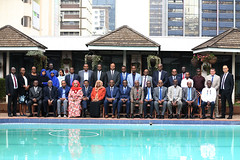 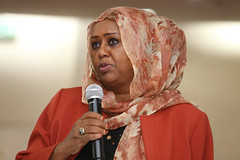 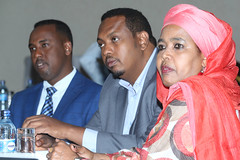 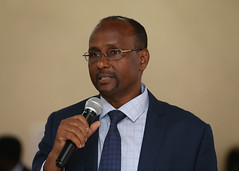 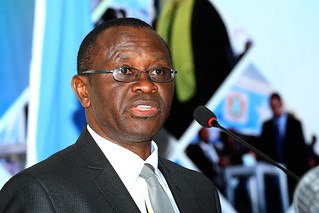 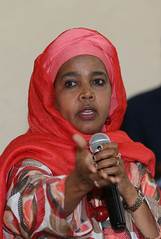