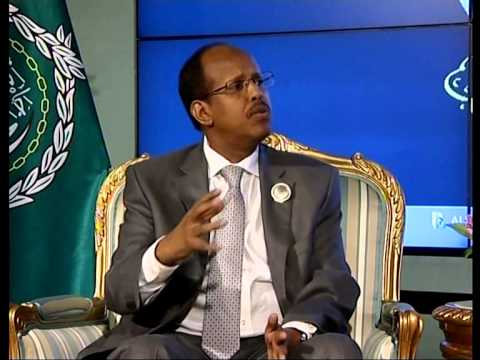 Djiboutian Foreign Minister has reaffirmed the country’s ties with neighbouring Ethiopia in the wake of attacks on some nationals in the Ethiopian city of Dire Dawa.

Minister Mahmoud Ali Youssouf confirmed that Djibouti had airlifted a total of 1,700 nationals from Ethiopia as at Monday but that there was no reason for Ethiopians in their country to panic.

He said the government was in constant communication with Addis Ababa with respect to securing the lives of Djiboutians in Ethiopia.

The two peoples of Djibouti and Ethiopia have always been living together in harmony. This is not going to change. Our destinies are intertwined. We will make sure that nothing disrupt that.

We call upon our Ethiopian brothers and sisters in Djibouti not to panic or fear any retaliation. The public order is maintained and security is provided everywhere in the country, he added in two tweets.

The security crisis in Dire Dawa escalated as part of a federal and regional government clash in the Somali regional state. The resulting violence in state capital Jijiga led to deaths, destruction of properties and a humanitarian situation that saw some people flee to Somaliland.

The national army had been deployed to Jijiga as Addis Ababa sought to intervene in affairs of the state on request by local authorities.