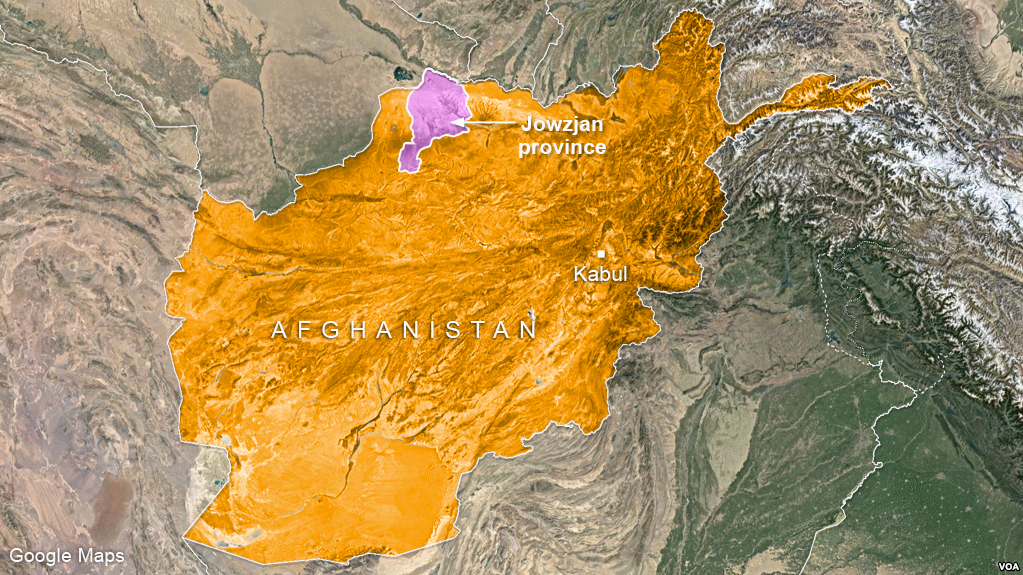 Mufti Niamtullah, an Islamic State terror group commander in northern Afghanistan, is among some 245 militants who surrendered to Afghan government forces last week in the country’s northern Jowzjan province.

His surrender came days after a number of women in Darzab district of the province accused him and his fighters of abducting and raping them.

Zarifa, a resident of Darzab district, told Reuters that an IS commander, allegedly Niamtullah, came to her house demanding money, but when she said she had no money, the commander asked her to go with him and to leave her children and husband behind.

Lutfullah Azizi, governor of Jawzjan province, confirmed to VOA that women were raped in areas under IS control.

“The incidents have happened in Darzab district, in areas controlled by the same IS fighters who surrendered Tuesday. We will launch an investigation once official complaints are filed,” Azizi said.

Samira, a resident of Darzab district, claimed IS fighters took her 14-year-old sister to marry their commander.

“He didn’t marry her, and no one else married her, but he raped her, and his soldiers forced themselves on her. And even the head of the village who is in Daesh’s [IS’s] rank forced himself on my sister and raped her,” Samira told Reuters.

None of the women used their full names because of security reasons and the social stigma associated with rape victims in Afghanistan.

However, an Afghan official in Kabul told VOA that the victims could come forward and file their grievances with the government without fear of retribution.

“We will investigate the rape reports, even if the victims do not report against their rapists, and justice will be served,” Nasrat Rahimi, a spokesperson for the Afghan Ministry Interior, told VOA.

IS has used rape as a war tactic in places like Iraq and Syria, and reportedly has kept women as sex slaves. The terror group’s Afghanistan branch, known as IS-K, has rarely been accused of targeting women in the country in the past. A small number of women claimed IS militants had imprisoned them for months in eastern Nangarhar province, where the terror group first emerged in the country in 2015.

The allegations in Jowzjan mark the first time Afghan women have come forward and accused IS fighters of rape.

Many rape and sexual abuse cases have ended with the victim being killed to save the family’s pride, according to the Afghanistan Independent Human Rights Commission.

“The women who are subjected to rape face numerous problems,” the commission said in a recent report. “For instance, honor killing is committed by the relatives or family members in order to save the family’s honor.”

Three years ago, Mufti Niamtullah, along with some 220 other IS fighters, surrendered to Afghan government forces led by the first vice president, Abdul Rashid Dostum. However, he later rejoined IS.

On Tuesday, Niamtullah and a group of 245 IS militants, including their families, once again surrendered to Afghan government forces in Jowzjan province.

Niamtullah is allegedly second in command of IS forces in Jowzjan. He is also known as a mufti — a religious cleric with the authority to issue rulings in religious matters.

Both the Afghan government and the Taliban claim credit for clearing IS from Jowzjan province.

Taliban and IS militants regularly clash over control of territory in both eastern and northern parts of the country.

VOA’s Mirwais Bezhan contributed to this report from northern Afghanistan.