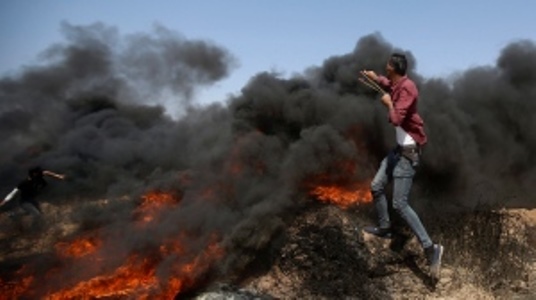 Secretary-General Antonio Guterres said in a new report that options to protect Palestinian civilians under Israeli occupation range from establishing an armed military or police force to deploying civilian observers or beefing up the U.N. presence on the ground.

The U.N. chief stressed in the report circulated Friday evening that every option would require the cooperation of Israelis and Palestinians, “a sustained cessation of hostilities and additional resources.” 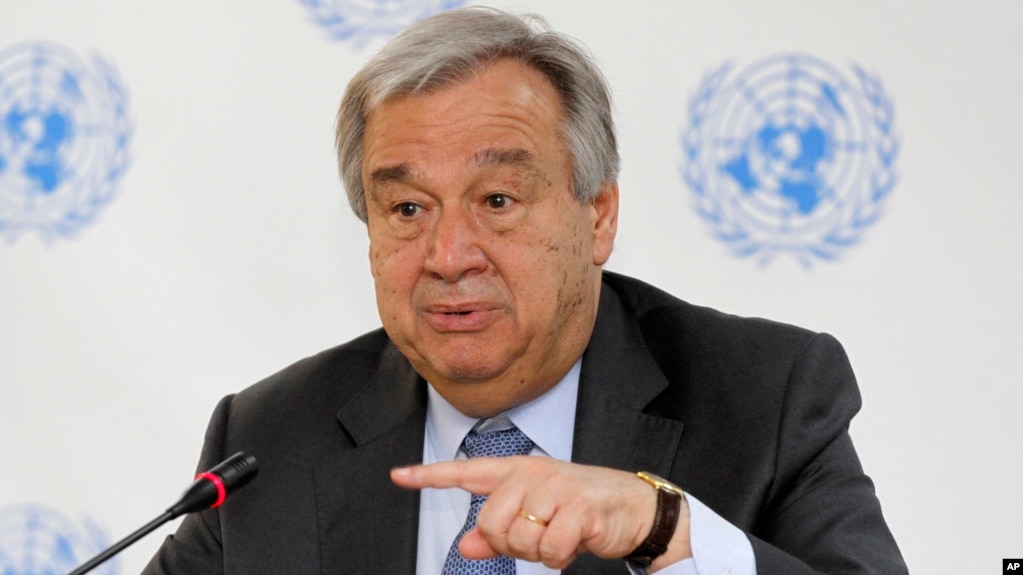 But the prospect of getting Israel’s consent, especially for a U.N. or non-U.N. armed force, remains highly unlikely.

Guterres was responding to a request in a Palestinian-backed resolution adopted by the General Assembly in June that blamed Israel for violence in Gaza and deplored its “excessive use of force.” It asked the secretary-general for proposals to protect Palestinian civilians and recommendations “regarding an international protection mechanism.”

In the 14-page report, the secretary-general said the combination of more than 50 years of Israeli military occupation, “constant security threats, weak political institutions and a deadlocked peace process, provides for a protection challenge that is highly complex politically, legally and practically.”

Guterres stressed that the solution to protecting Palestinian civilians is a political settlement to the decades-old Israeli-Palestinian conflict.

Until that is achieved, he called on the 193 nations in the General Assembly to explore “all practical and feasible measures that will significantly improve the protection of the Palestinian population,” adding that the measures “would also improve the security of Israeli civilians.”

— ADDITIONAL RESOURCES AND BETTER ACCESS TO ENSURE THE WELL BEING OF CIVILIANS: He said expanding current U.N. programs and humanitarian and development assistance could more effectively address Palestinian needs. But he said the U.N. appeal for about $540 million for basic services and support to 1.9 million vulnerable Palestinians is currently only 24.5 percent funded. And he said major cuts in funding to the Palestinian refugee agency, UNRWA, “have created an increasingly complicated and desperate socio-economic environment.” This was a reference to the U.S. cut of around $300 million in funding for UNRWA earlier this year which has resulted in a $217 million budget shortfall.

— DEDICATED CIVILIAN OBSERVERS: He said establishing a U.N. or non-U.N. civilian observer mission with a mandate to report on the protection of Palestinian civilians and their well-being “would particularly be relevant in sensitive areas such as checkpoints, the Gaza fence, and areas near settlements.” He said the observers could provide local mediation.

— PHYSICAL PROTECTION: He said the U.N. could provide armed military or police forces, if given a mandate by the Security Council, “to deter and, if necessary, ensure the safety of the civilian population.” As an alternative, he said a group of “like-minded” countries operating under a U.N. mandate to provide physical protection rather than a U.N. mission.

Guterres stressed that a U.N. civilian observer mission or a new military or police mission established by the U.N., or operating under a U.N. mandate, would require Security Council approval. He also noted that U.N. missions currently operating in the region don’t provide for the protection of civilians and it would be up to council members to expand mandates to include protection.

Israeli Ambassador Danny Damon responded to the report by saying that “the only protection the Palestinian people need is from their own leadership.”

The Palestinian Authority “incites its people to demonize and attack Jews, and Hamas, a terrorist organization, exploits those under its control by intentionally putting them in harms way,” Danon said.

The Trump administration has been a strong defender of its close ally Israel in the council, and vehemently opposed the resolution approved by the General Assembly in June that called for Guterres’ proposals. So the chances of a U.S. veto in the council on any armed force to protect Palestinian civilians or a civilian observer mission are high.

In the report, Guterres sharply criticized Israel’s expansion of settlements saying the building “continues unabated and constitutes a flagrant violation under international law.” He said the high number of Palestinian casualties, including children, since protests began at the Gaza fence on March 30 “reflects an alarming trend of the use of lethal force by Israeli security forces against individuals who may not pose a threat of imminent death or serious injury.”

Guterres also criticized “the indiscriminate launching of rockets, mortars and incendiary devices from Gaza by Hamas and other Palestinian militants towards Israel” and the building of tunnels into Israel, saying these acts threaten the lives of Israelis and Palestinians alike.

He added that “incitement, provocative rhetoric and the glorification of terror attacks by Palestinian factions perpetuate the conflict, breed mistrust and diminish hope for constructive dialogue.”