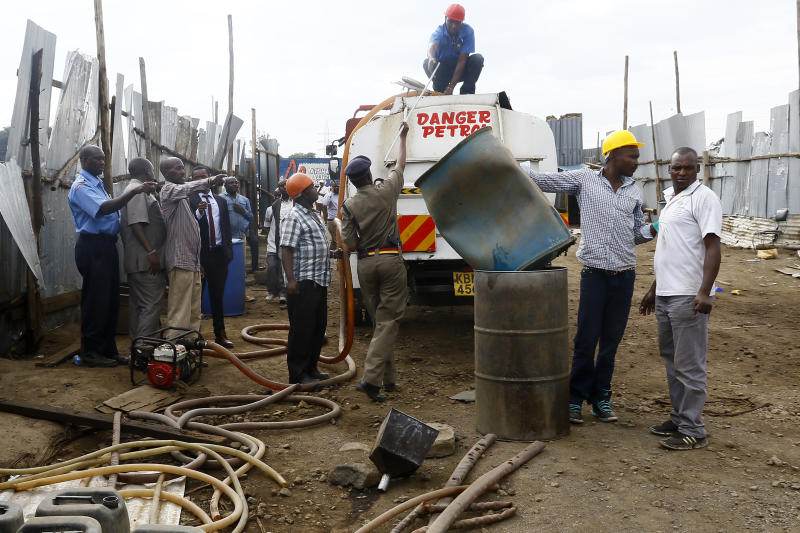 Kenyans may be filling their vehicles with adulterated fuel even as the State pays hundreds of millions of shillings for defective testing kits.

The kits, which are supposed to enable oil marketing firms to detect kerosene in diesel and super petrol, have not been working.

This has exposed motorists and industries that use fuel in their processes to major losses.

The kits have been supplied by the local subsidiary of a Swiss firm, SGS, at a cost of Sh270 million. The Energy Regulatory Commission (ERC) said illegal businesses that have been adulterating diesel had found a way to beat the markers in SGS Kenya’s kits, which are supposed to alter the fuel’s colour whenever it is laced with kerosene.

The energy industry regulator said it is in the process of procuring a tamper-proof kit, which might see SGS Kenya lose the job.

Abdikhaim Osman Mohamed, a member of Parliament’s Departmental Committee on Energy, noted that the kits that are unable to detect the presence of kerosene have exposed petroleum dealers and their customers to major losses.

“The test kit used for testing quality of fuel supplied is not effective. It cannot detect the presence of kerosene or jet fuel and leaves dealers and customers exposed to adulterated fuel,” said Mr Mohamed, who is also the Fafi MP.

ERC acknowledged the faults in the kits at a meeting with the committee on energy on Thursday.

“We have had challenges in our fuel marking programme. We use an invisible marker to identify kerosene that is mixed with diesel … the marker is however easily washable. Unscrupulous players have figured a way of dealing with the marker,” ERC Director General Pavel Oimeke told the committee.

“We are in the process of getting a new technology provider and we have taken these factors into account. In the next few months, we will have technology that you cannot tamper with.” Mr Oimeke added that the commission has been on a crackdown that has resulted in the closure of numerous facilities that have been adulterating fuel, as well as led to their operators being charged in court.

“We have been working with cops and DCI to eliminate illegal fuel businesses. In Nairobi’s Industrial Area, we have cleared all the illegal premises. Before then, we had been to Eldoret and Mombasa. We are working on going to other regions to ensure that we eradicate the adulterating business,” he said.

“Kerosene consumption has substantially gone down and we are looking at a 63 per cent reduction so far. By the time we are done with the closure of the illegal facilities used to adulterate diesel with kerosene, we will move from consuming 33 million litres per year to less than five million litres.”

David Gikaria, the chair of the Energy committee, said ERC should impose harsher penalties on any business owners found engaging in fuel adulteration.

“The penalties should be stiffer and you should consider closure of their businesses, at least for some time. It has got to a point where there is no confidence even with the major oil marketing companies,” he said.