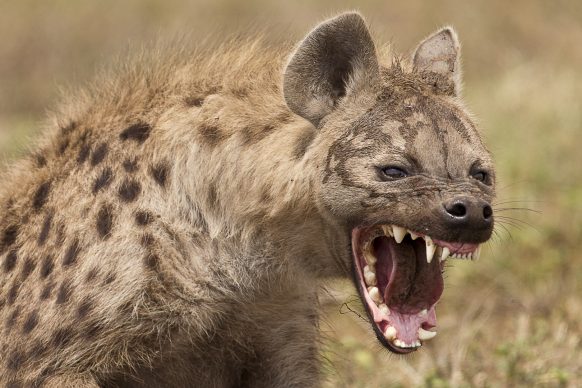 A young boy who is fatally wounded is in a precarious state at Dr. Hagar Hospital in Burao following a hyena attack that left him helpless.

The incident is one out of four people who were mauled or attacked by a rogue hyena in Ainabo district over a period of a couple of months leaving a victim dead and area residents gripped with fear.

The Togdeer regional governor Mr. Ahmed Mohamed Hashi made clarifications as to the exact number of victims as he spoke to us last night through the phone.

He acknowledged the fact that a toddler was completely mauled to death two months ago, at a time that an adult was seriously wounded. He further explained that the recuperating boy Khadar and an adult were injured over the week during the Eid festivities.

The regional governor lamented over the unethical culture of the local media disseminating unverified reports without corroborating facts from reliable sources. He noted that they were disrtressed over the inaccurate stories about the wild animal attacks which had his office bombarded with numerous querries.

Youngster Khadar Jama Yusuf who schools at Qoryale was attacked while asleep in a hut he shared with his younger brother hence was fatally wounded when the wild animal sunk its teeth in his face trying to flee with its prey only for his younger brother to heroically intervene.

His nose was mauled and in the process parts of his face, lips and ears plus the eyes were seriously wounded.

Staffers at the hospital said that they were able to stabilize the young boy’s condition since he was brought to the clinic while he was in a comatose state.

The boy had gone home in the reserves following the short break of holiday they were given for the Eid festival.

His brother managed to chase away the hyena which was trying to flee with its prey.

The younger brother grabbed the hyena’s tail while he shouted for help which came immediately afterward and Khadar was spared. The boys are orphans.

The heroic effort of his younger brother was monumentally more than a brave deed for a child to do.

Area residents are wary and fearful of further attacks.