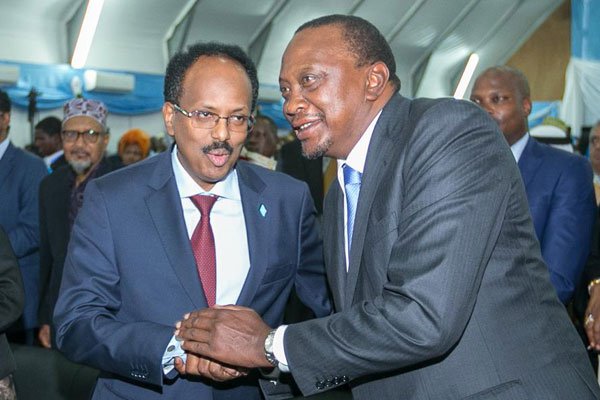 Sometimes the unthinkable can become reality if we applied our minds to possibilities and fortunes beyond our ordinary imaginations. When in 2011 Kenya invaded Somalia in pursuit of Al-Shabaab militants, it was consistent with the UN Charter, which allows for self defence in preservation of territorial integrity.

It is almost seven years since the Kenya Defence Forces crossed into Somalia to not only stabilise the country but also stop Al Shabaab cross-border attacks. Supreme sacrifice by Kenya has seen lives of our men and women lost. Fortunately, Somalia is slowly becoming stable and hopefully peace shall prevail within its borders.

In the scheme of geo-political strategy, Somalia will need a lot of support from the international community, especially Kenya. But reflecting much more deeply, one reality of Somalia is unique. It is one of the most homogenous societies in the world with a common language, culture and religion.

But it has been in difficulties since 1990 when the dictator Siad Barre was deposed, without a viable alternative capable of holding Somalia together, especially because of clan rivalry. The Somali people tend to identify themselves along these clans, and as the saying goes, to a Somali the family and the clan come first versus the rest.

Kenya too has challenges of ethnic configurations of about 44 different groups but the country has largely remained a united multiparty democratic state. It has strong and well defined institutional frameworks under the doctrine of separation of powers where the Executive, Judiciary and Legislature coexist harmoniously and Constitutionally.

Geographically, Kenya covers 582,000 and Somalia 637,000 square kilometres with respective coastal lines of 490 and 3,333km. Kenya has a population of close to 49 million while Somalia has roughly 20 million. However, Somalia is unique in the sense that it is highly globalised. A lot of its citizens live in the Horn of Africa, Yemen, the Gulf States, Western Europe and US and Canada — but Kenya and Yemen have most of the Somali refugees. By their nature Somali people are very enterprising, hardworking and those that have been exposed are highly educated. Kenya has a large population of ethnic Somalis, who mostly live in the north eastern region. They occupy key positions in the national and county governments and are integrated like any other ethnic community of Kenya.

Why then wouldn’t there be a Kenya Somalia Federation despite Somalis usually associating with the Middle East while their natural ally should be Kenya? If the two Nations were to federate on matters defence, law and order, foreign affairs, agriculture, education, health, territorial integrity and coast guards they will constitute a formidable force and their combined resources both human and natural would make this Eastern Africa Federation an attractive investment destination.

This would enable us to exploit maritime resource along the combined 3,800km long coastline with incredible exclusive economic zone and territorial waters.

We shall have a combined population of close to 70 million plus and this will create a formidable market opening up a new frontier.

As for the constitutional construct, we can come up with governance structures where Somalia will be producing a Deputy President while Kenya produces a President within a transition period after which any national of Kenya and Somalia can contest for the presidency. However, the issue of a new constitutional dispensation can be debated and agreed upon while overreaching beneficial value of the federation should focus on synergy and creation of a climate where peoples of these two countries can freely take advantage of vast opportunities.

This will ultimately have value in harnessing greater peace and tranquillity.

The model being proposed here can have application across Africa in creating several federations because if we have to trade and negotiate with other nations outside of the continent the current geographical dispensations of small population-wise states cannot give us leverage. Above all, these federations will help us chart forward with development of common languages.

This advocacy is intended to address the future of Africa in the context of globalised world with less perpetual dependency by changing the paradigm to greater production of economies of scale with larger populations/market and hence capabilities for greater research and development.

The writer is an Advocate of the High Court of Kenya; kabage@pacific-group.co.ke