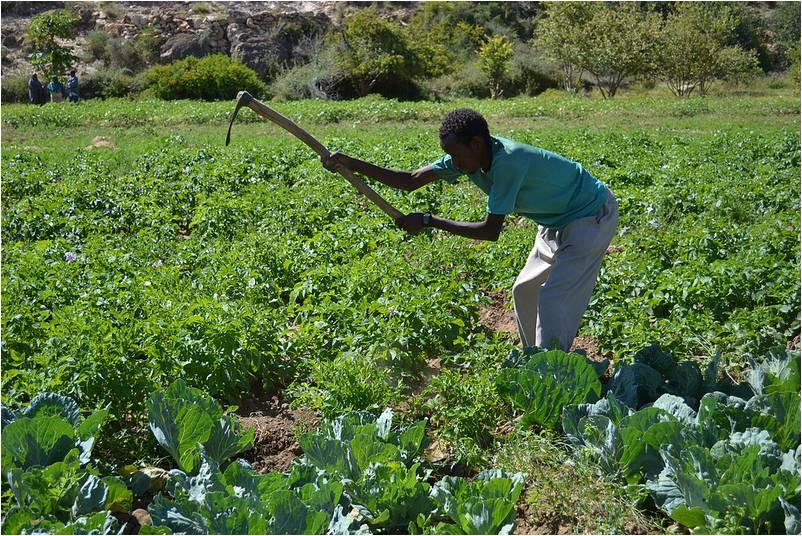 The vibrant, Somaliland-Ethiopia trade in agricultural goods is having a detrimental effect on local farmers in Somaliland. This is mainly due to the fact that cheap imports of food from Ethiopia are driving prices down in local markets. This has led to a collapse in the incomes of local farmers and farmers who simply cannot compete.

The modus operandi of Ethiopian farmers is to leverage good harvests and then choose to export their surplus agricultural produce to Somaliland at very low retail prices. The main goods exported to Somaliland’s local markets are sorghum and maize, the very goods that Somaliland’s farmers specialize in making. To add insult to injury, Ethiopia’s agricultural farmers are able to gain competitive advantage through government subsidies and transport assistance from the government to export their produce over the border to Somaliland. This has created the situation where Somaliland’s farmers and merchants see their local produce suffer from a lack of demand.

Local farmers in Somaliland are increasingly pointing fingers at the Somaliland Ministry of Agriculture which has done little to alleviate their concerns or have shared any potential action plans to overcome this issue. Observers in Somaliland are surprised as this Kulmiye-led government’s campaign promises included focusing on agricultural as one of Somaliland’s central sectors for growth. In mitigation, President Bihi’s government has in recent months revived major agricultural projects to replenish the country’s food basket by sowing 11 square kilometres in the Wajaale area and around 900 hectares more in the Xaaxi (Haahi) valley, both in the Gabiley district. Nevertheless, Somaliland’s local farmers and merchants are currently suffering with many not being able to afford to send their children to secondary education.

Somaliland’s government should emulate their Ethiopian counterpart which is using its authority to support their own farmers by providing them with nearby markets such as Somaliland for their surplus goods. Somaliland’s government should consider instituting import controls in particular to ensure that they are able to better support their own local farmers and merchants. At the very least, concentrate on the core crops grown by the local farmers (sorghum and maize).

We are hopeful of strong governance in the all important agriculture sector that can improve livelihoods for farmers.