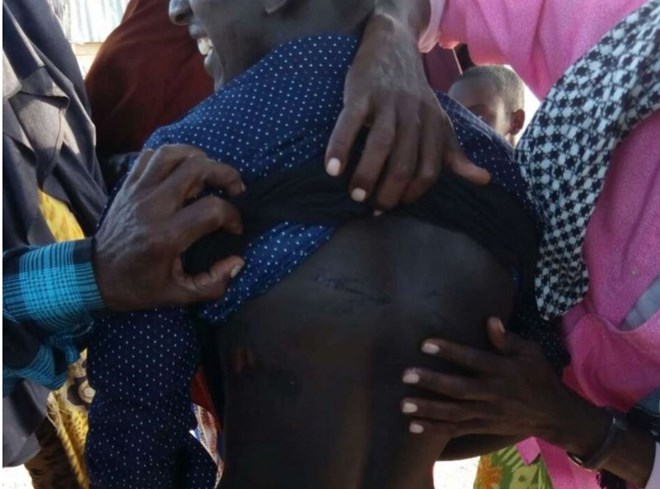 Eight Somali herders have accused Operation Linda Boni soldiers of attacking them on Monday and torturing them.

They are recovering at Masalani Hospital in Ijara, Garissa county and spoke to the Star from their hospital beds. Some had been unconscious at the time of their admission.

Yesterday, they said Kenya Defence Forces officers ambushed them, ordered them to strip naked and lie facedown. The officers were in military fatigues, they said.

Linda Boni Operations director Joseph Kanyiri yesterday denied any knowledge of the incident. He said nobody from Ijara or Garissa had lodged complaints.

Hundreds of herders — mostly from Ijara — have been grazing cattle inside Boni Forest, an al Shabaab hideout.

A security operation was launched three years ago in September 2015 to flush out terrorists. It is ongoing, though operations chiefs say it has been a success.

Residents say it has failed due to frequent attacks on residents.

The herders said the soldiers landed on them with kicks and blows, and struck them with clubs.

“We were about to take our cattle to a grazing area when several military planes landed. The officers came to us. They beat and we are lucky to be alive,” Abdi Mohamud said from his hospital bed.

He told the Star that they could not sit upright or sleep well because their bodies ache.

“The officers asked whether we had guns. We answered no. We’re poor herders who have never had any problem with the security forces. We’re shocked they had to beat us,” Mohamud said.

The herders said they have no idea where their animals are after they were left unattended during the attack. Residents reacted angrily to the incident.

“It’s unfortunate that those we entrusted with our safety can do this to our children and show a ‘don’t care’ attitude towards our only livelihood — livestock,” Hassan Mohamed said.

Garissa-based human rights activists have threatened to sue the soldiers for harming anyone they find in the forest.

“It’s barbaric for KDF to attack harmless herders looking after their livestock. This is a major blow to their fight against terror. How can you fight someone, yet you require his assistance against the enemy?” Northern Forum for Democracy coordinator Khalif Abdi asked.