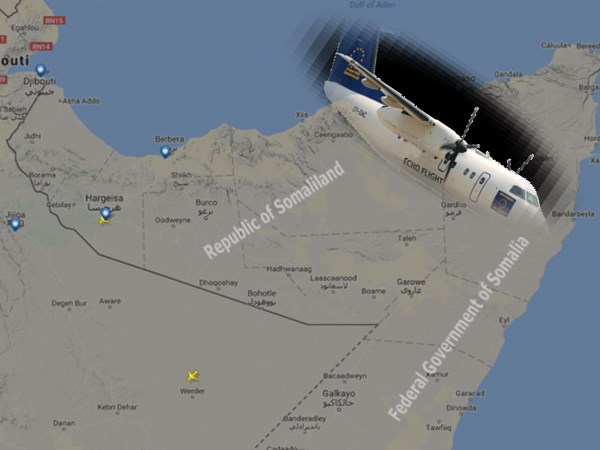 As per international law, Somalia Federal Government is the only entity that is entitled to negotiate ICAO in the process of regaining airspace. It means the airspace above Somaliland is officially belongs to Somalia. However, Somaliland is essential in the process of regaining control of Somalia’s airspace management. As the airspace belongs to all Somali citizens, the consensus must be established. This consensus means greater cooperation between Somalians is necessary, in order to create one influential voice and regain control of the airspace.

Since 2012, there have been several meetings and talks between Somaliland and Somalia, including Istanbul II Communiqué, where the two parties agreed on establishing the Air Traffic Control Board (headquartered in Hargeisa, Somaliland) and four members of the technical committee (two from Somaliland and two from Somalia). This agreement was supported by the United Nations envoy in Somalia/Somaliland and the head of the UN Assistance Mission in Somalia at the time, Nicholas Kay, who described the agreement as a model for other areas of mutually beneficial cooperation.

However, since the establishment of the agreement, Somalia has sought to reclaim control and management of the airspace without taking into account previously signed agreements. Somalia is using its sovereign rights and legal basis as an autocratic means to ignore Somaliland as a partner. This move has angered Somaliland, who calls for the establishment of the joint Air Traffic Control Board with the Centre in Hargeisa, as agreed during the talk in Turkey, or to establish two entirely distinct and separate centres in Hargeisa and Mogadishu respectively, or the UN, or another third country to provide air navigation services until an agreement is reached between Somalia and Somaliland.

Because of tensions between Somaliland and Somalia, in 2013 Somaliland has banned all UN flights from landing at its airports and threatened to close its airspace to UN flights if the Istanbul II agreement is not implemented. Practically, Somaliland is not capable to close upper airspace (legally and technically) or take military action against airlines that defy the ban. However, this threat could indicate that Somalia’s airspace is an unsafe conflict zone, and thousands of commercial flights that currently use the airspace could be rerouted. This rerouting would result in the loss of overfly revenues and may give reason for ICAO and FISS to continue managing Somali airspace for as long as possible.

Neither Somaliland nor Somalia wants the airspace to be closed, to be delegated to third parties, or to remain in the hands of ICAO and FISS. Therefore, Somalia and Somaliland should join together, make compromises and take brave decisions in order to accomplish the long overdue goal of reclaiming the country’s airspace.

Wais is an Aviation Consultant with more than 10 years of experience in the Air Transport industry. Qualified Trainer with an extensive knowledge in the International Civil Aviation Law and the ICAO`s Standards and Recommended Practices.

With the Turkey hosted international sanctioned talks between Somaliland and Somalia having stalled, banter over airspace administration is now being effected at the VOA Somali service.

Representing the two formerly united countries that parted ways in 1991 at the on air war of words over airspace control are respective ministers of aviation, Farhan Abdi Haybe in Hargeisa and Mohamed Abdilahi Salaad ‘Omaar’ from Mogadishu respectively.

At an interview with VOA Somali service reporter Barkhad Mahmud Kariye in Hargeisa on the 30th Aug 2017, the Somaliland Aviation and air transport minister Farhan Abdi Haybe informed that the country’s airspace is still under control of the International Civil Aviation Organization-ICAO.

The remarks by Minister Farhan were in reaction to the alleged imminent Somaliland airspace management take over revealed by Somalia made by minister ‘Omaar’ his counterpart in Mogadishu a day earlier during an interview with VOAs Harun Maruuf.

While Minister Farhan was categoric that not an iota of not only airspace but other on his country’s jurisdictional authority can be  managed by a foreign power without permission.

In his VOA interview of the 29th Aug 2017, the Somalia aviation minister  Mohamed Abdilahi Salaad ‘Omaar’ revealed that come this October, ICAO shall relinquish its mandate in both Somalia and Somaliland.

According to Minister Omaar all arrangements for the said takeover are ongoing and shall be completed latest end of September.

The planning towards Somalia assuming total authority  over issues related to aviation an air transport include acquisition and subsequent installation of equipment as well as personnel training.

ICAO has been under the guise of Civil Aviation Caretaker Authority for Somalia-CACAS administering airspace and related aviation issues for both Somalia and Somaliland for over two decades.

This very burning dispute between the governments in Hargeisa and Mogadishu has been in the Centre stage of the international sanctioned talks between Somaliland and Somalia, hosted by Turkey.

Initiated at the London Conference on Somalia of 2012, the talks that have been stalled for over a year, utilized most of negotiations sessions in the airspace control banter.

Following the 2012 conference in London whose final communique sanctioned the talks, the first face to face official meeting between Somaliland and Somalia take place at London’s Chevening house where guidelines for future encounters were put in place.